It's a first for West Virginia!

It will become a 7,021-acre park situated around the gorge and its sandstone cliffs that rise as high as 1,000 feet and have more than 1,500 climbing routes. There are 53 miles of Class III through V whitewater rapids surge past huge rocks and boulders on the New River, as well as a 12.8-mile mountain bike trail system that was built by the Boy Scouts of America. An area of about 65,000 acres is available for backcountry hunting. Along with the thrilling outdoor adventure opportunities, the area hosts wildlife such as white-tailed deer, bald eagles, river otters, and more. 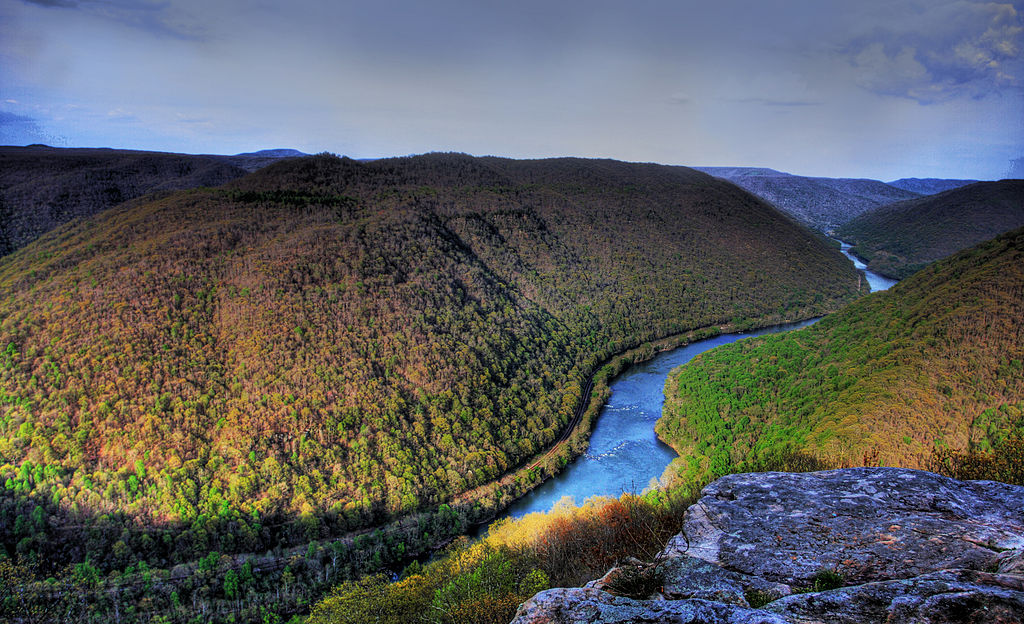 The New River became a National River in 1978. The rest of the park is now getting its just dues as part of the stimulus package just passed by Congress. The bill includes plans for parking at the trailheads and other spots along the gorge. There’s already a visitor center.

According to Outside magazine … “This is going to be such a major investment in tourism in West Virginia,” said Senator Shelley Capito during a press conference on December 21. Capito originally proposed a bill for its upgrade in 2019 with fellow senator Joe Manchin. “Being a national park is a gold stamp of approval and excellence.”

One of the highlights of the area is the 876-foot tall New River Gorge Bridge, which has long been touted as a bungee jumping destination. That’s no longer allowed, but there’s an annual festival where the bridge is closed to vehicle traffic for BASE jumpers to jump off the bridge, along with other less terrifying activities.

At the time the bridge was built, it was the longest steel span bridge in the western hemisphere and the third highest in the U.S. It’s still the third-highest, after the Royal Gorge Bridge and Park (955 feet) in Colorado and the Mike O’Callaghan-Pat Tillman Memorial Bridge (886 feet) that spans between Nevada and Arizona.

Let’s hope 2021 keeps bringing in the new (and other wild and wonderful things). Have you been white-water rafting on the New River? Tell us all about it in the comments.