Bid on the majestic motorhome His Royal Badness used during "The Purple Rain Tour".

1984 was the year of Prince and the Revolution. His seminal record Purple Rain launched a phenomenon unlike anything in popular music, including an expansive U.S. tour. The five-month trek was the stuff of legend, covering 100 shows and selling over two million tickets. Now fans of His Royal Badness can own the tour bus he rode in on!

This week, the 1983 Eagle Model 10 Motorcoach will be hitting the auction block from Houston-based Mecum Auctions. The modified vehicle that carted Prince and his band around the country features a variety of amenities fit for a rock star. There's a kitchen, master bedroom, bunk beds, and even a couch that folds out into a bed. It wouldn't be a Prince thing if we didn't mention the color purple, and the vehicle's interior features the artist's signature shade in the carpeting and curtains. 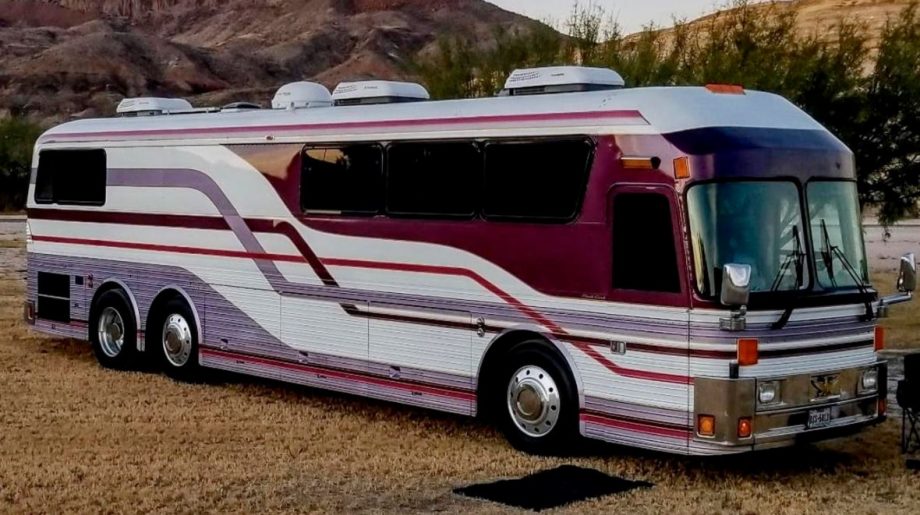 Other features sure to be of interest include ample storage space, multiple flat-screen TVs, air-conditioning, and a PowerTech 20KW diesel generator that can run for almost 2,000 hours off the main fuel. Now that's a ride fit for a "Prince"!

The idiosyncratic musician, who passed away in 2016, left behind a legacy unprecedented in entertainment. Across his decade-spanning career, he released almost 40 studio albums and sold 100 million worldwide. Wildly prolific, he collaborated with musicians from Madonna to Kate Bush and could play up to 27 instruments. His home studio Paisley Park was transformed into a museum following his death and acts as the late artist's private estate. 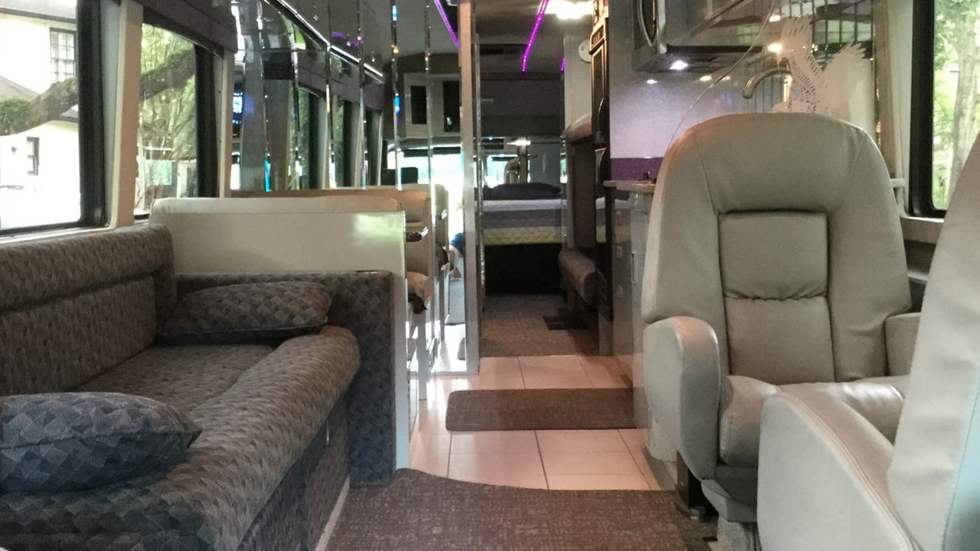 Since the sprawling tour, the motor home has mainly stayed in private hands and hasn't strayed far from the original model. Mecum has not listed a price for the vehicle, but we imagine it will cost quite a pretty penny (after all, it's Prince).

The auction runs between December 3 to 5, so if it's been a childhood dream to own a piece of the Purple One, now's your chance. You can check out the full digs here.

Are any Prince fans interested in bidding on this piece of music history? Let us know in the comments, along with your favorite Prince tune!