A Breakdown of Everything Announced at Apple's Big Event

A Breakdown of Everything Announced at Apple's Big Event

At Apple's big conference on March 25, the company had all sorts of updates and news for its users, including a new streaming service that will feature both movies and TV shows, a subscription magazine option for its news app, and even a credit card!

Below, we break down everything announced at the conference: 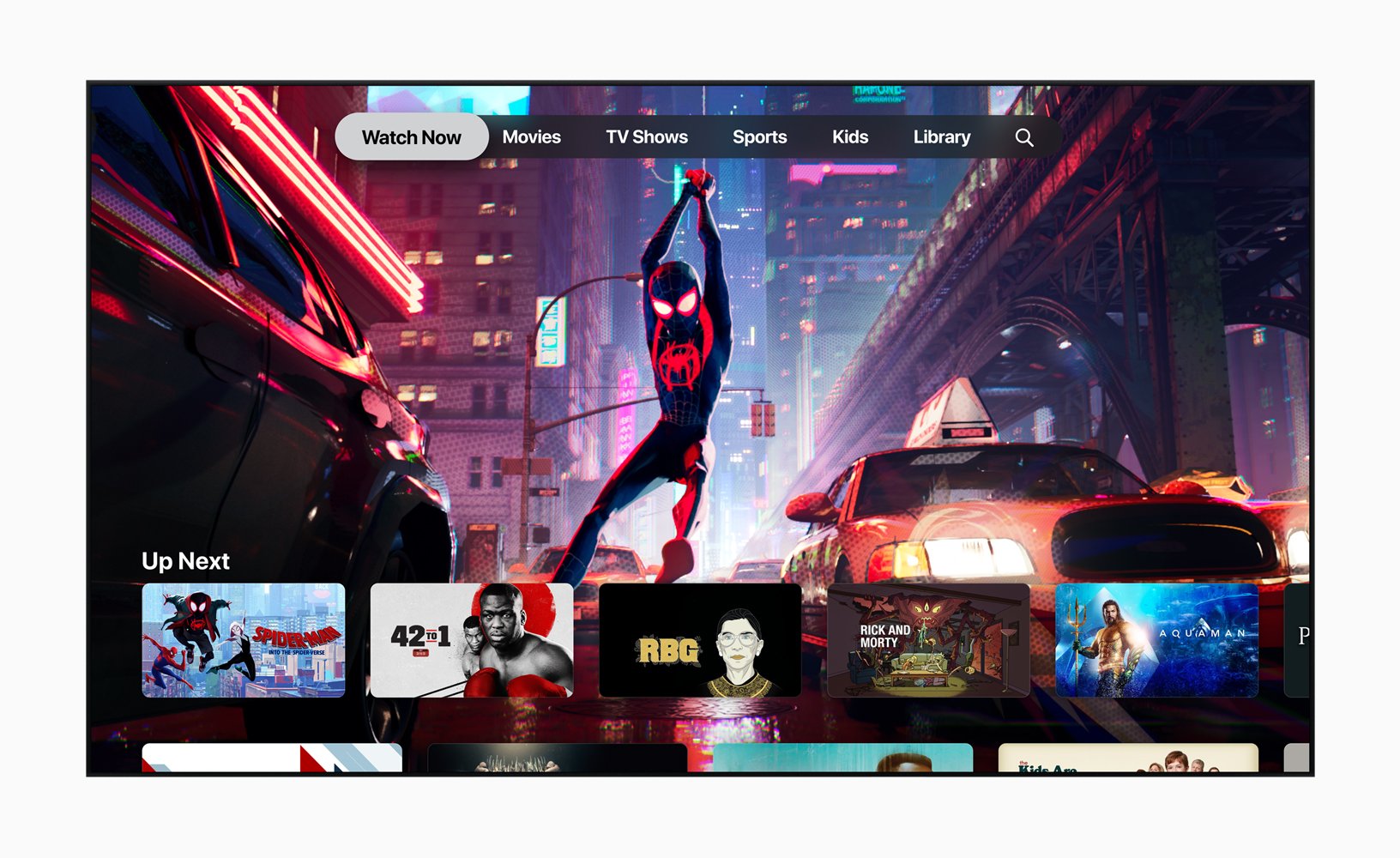 Streaming services like Netflix and Hulu better watch out, 'cause Apple is entering the streaming game! Apple is bringing a paid, ad-free video service called Apple TV+ for its original movies and TV shows, which the company is reportedly spending $1B a year on. Apple TV+ is set to launch this fall as its own channel within the Apple TV app. However, we still don't know how much the price will be or how many shows will be part of its launch.

The original movies and shows include two docu-series from Oprah, a show called See (which will star Jason Momoa and Alfre Woodard) and the other called The Morning Show (with Reese Witherspoon, Jennifer Aniston, and Steve Carell).

“We’re honored that the absolute best lineup of storytellers in the world — both in front of and behind the camera — are coming to Apple TV+,” said Eddy Cue, Apple’s senior vice president of Internet Software and Services. “We’re thrilled to give viewers a sneak peek of Apple TV+ and cannot wait for them to tune in starting this fall. Apple TV+ will be home to some of the highest quality original storytelling that TV and movie lovers have seen yet.” 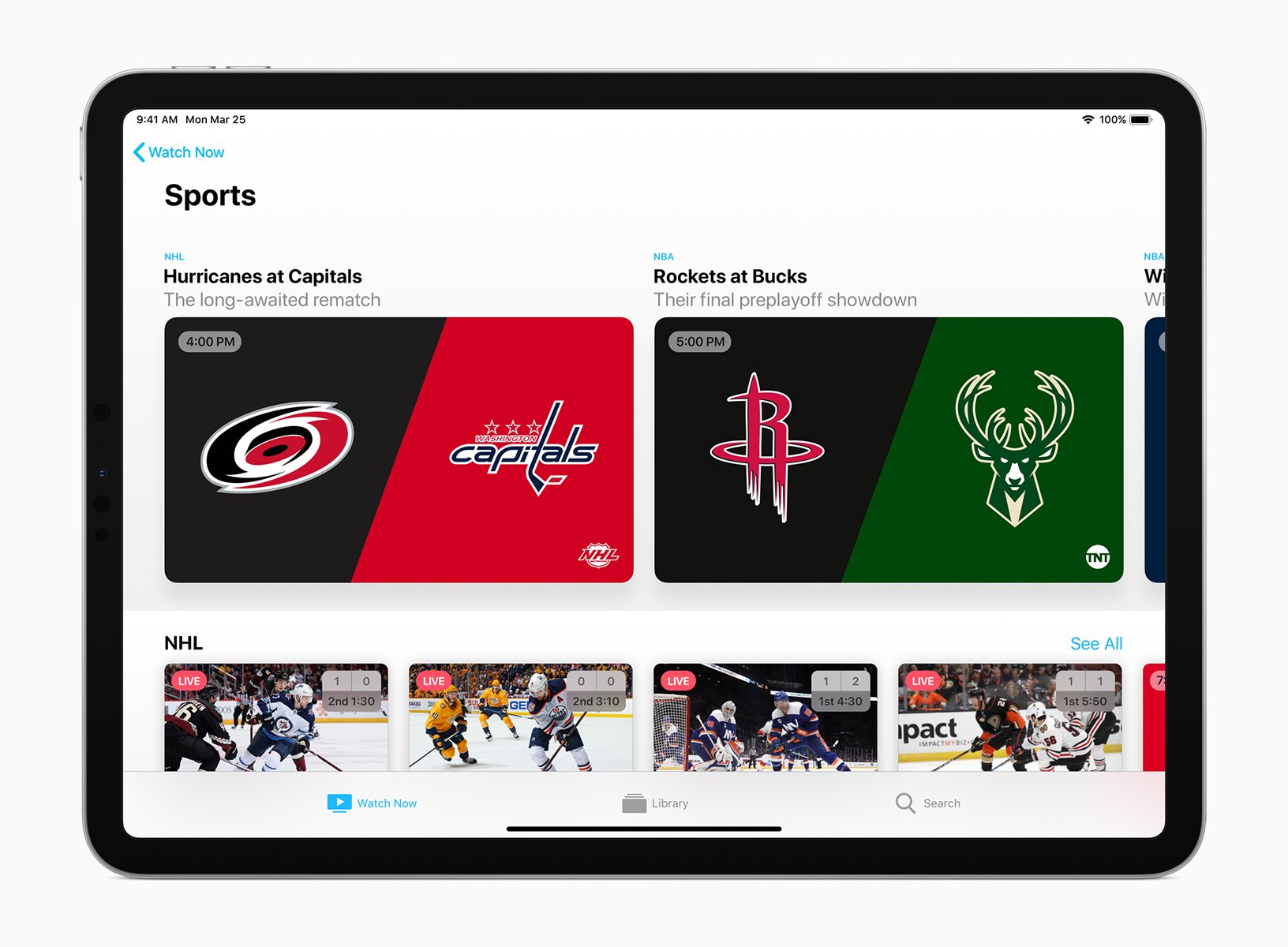 In its existing TV app, Apple will add the ability to sign into one's various cable and streaming subscription services -- including Hulu and Prime Video, but notably, not Netflix. Basically, all of the content will be able to live in one place. Not only is Apple redesigning the Apple TV app to look like other streaming services, but it'll also have tabs along the top for Watch Now, Movies, TV Shows, Sports, Family, and Library.

Apple TV channels also include popular services such as HBO, Starz, SHOWTIME, CBS All Access, Smithsonian Channel, EPIX, Tastemade, Noggin, and new services like MTV Hits, with more to be added over time around the world.

This will roll out as a software update in May and as a new app on Macs in the fall. 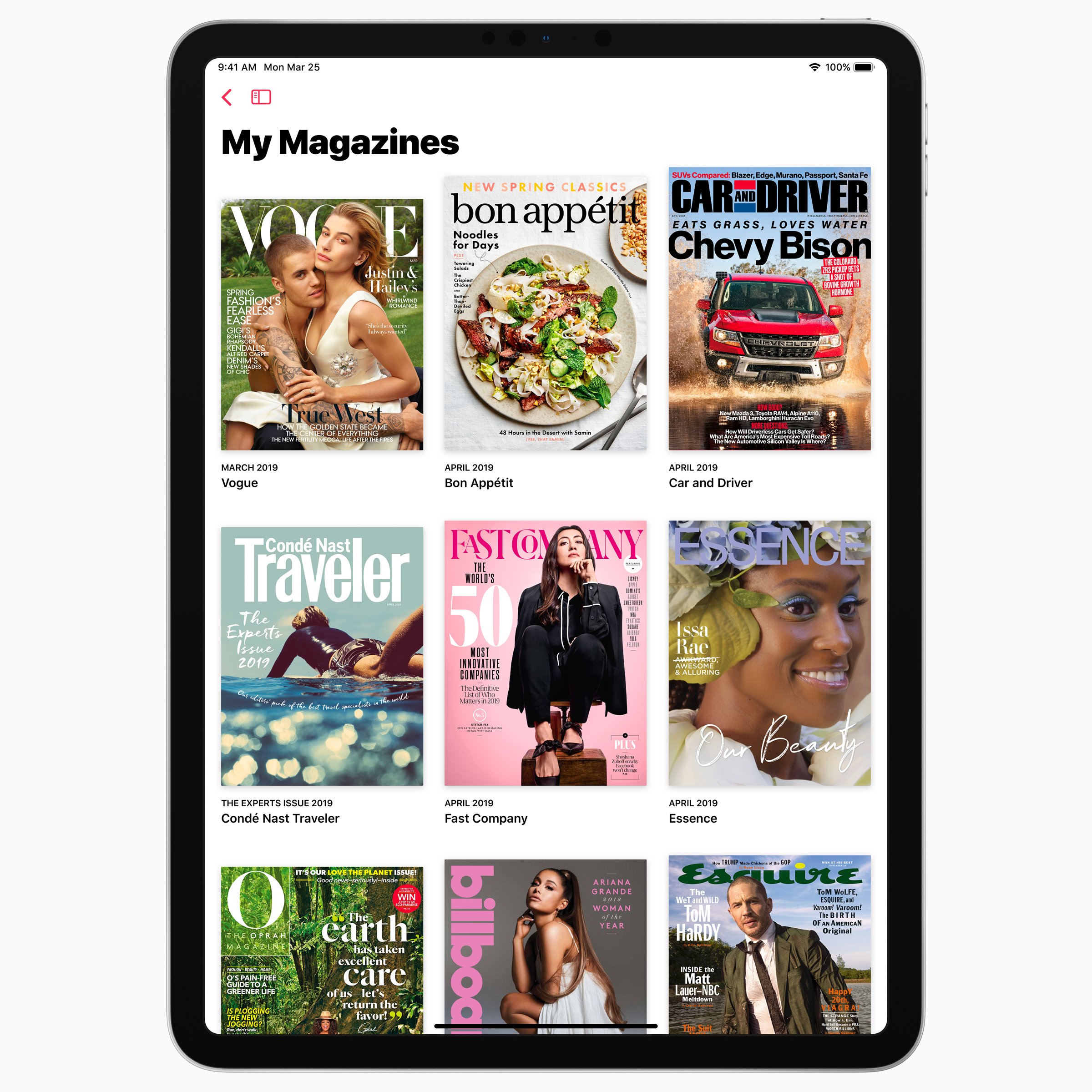 With this new subscription service, users will have access to more than 300 popular magazines, newspapers, and digital publishers at their fingertips. Apple News+ will be added to the Apple News app, but offers a more expansive collection of stories. Publications include Vogue, People, National Geographic Magazine, ELLE, The Wall Street Journal, and Los Angeles Times, among countless others.

“We’re committed to supporting quality journalism, and with Apple News+, we want to celebrate the great work being done by magazines and news outlets,” said Lauren Kern, editor-in-chief of Apple News. “We think the breadth and quality of publications within Apple News+ will encourage more people to discover stories and titles they may never have come across before.” 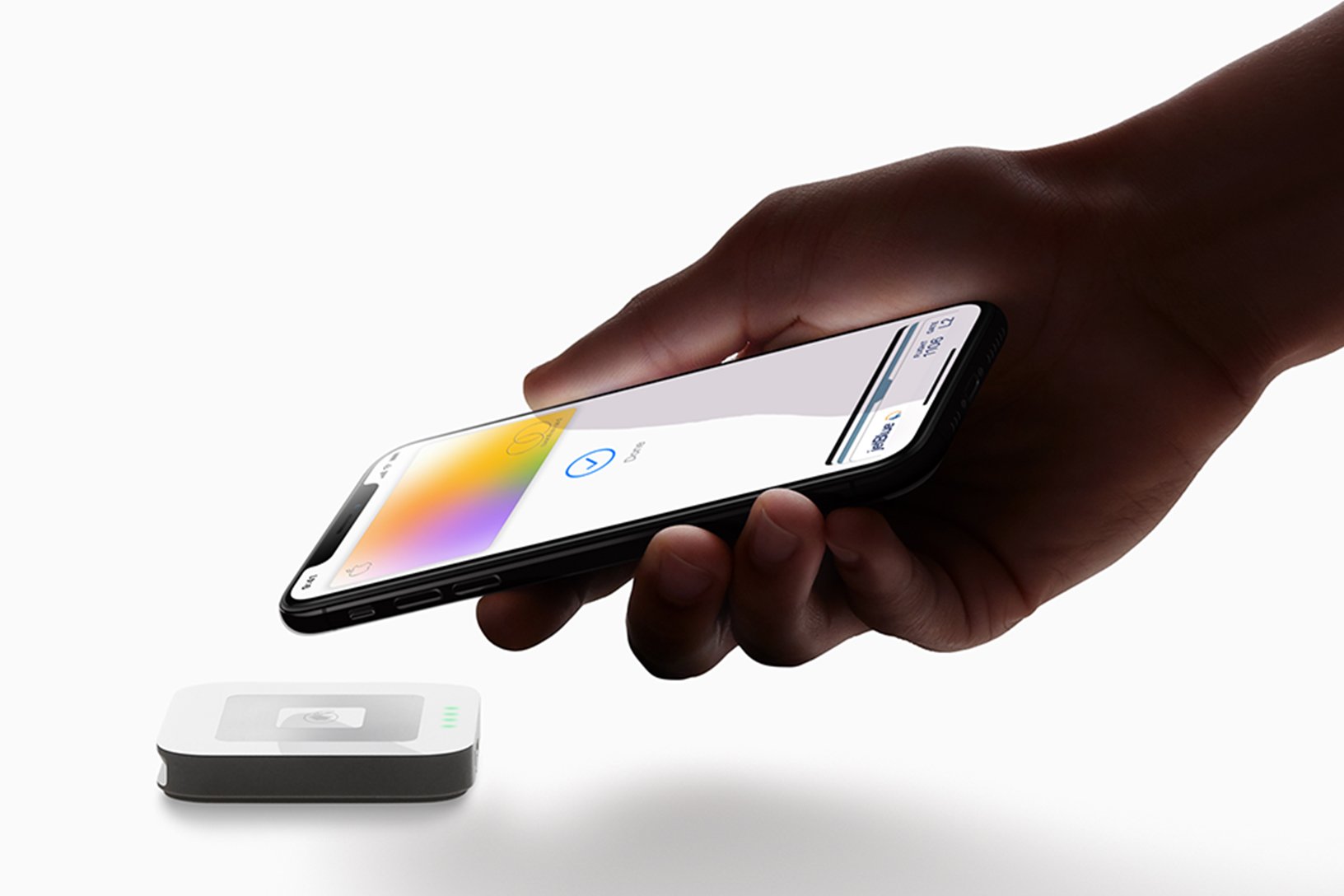 Built into the Apple Wallet app on the iPhone, the new Apple Card will offer customers a similar experience as the Apple Pay. It's "an innovative, new kind of credit card created by Apple and designed to help customers lead a healthier financial life," according to a release by the tech giant. The application process is simplified, there are no fees, customers will pay less interest, and it will have a new level of privacy and security.

“Apple Card builds on the tremendous success of Apple Pay and delivers new experiences only possible with the power of iPhone,” said Jennifer Bailey, Apple’s vice president of Apple Pay. “Apple Card is designed to help customers lead a healthier financial life, which starts with a better understanding of their spending so they can make smarter choices with their money, transparency to help them understand how much it will cost if they want to pay over time and ways to help them pay down their balance.”

Through machine-learning and Apple Maps, any purchases will be automatically totaled and organized by color-coded categories, like Food and Drinks, Entertainment, and Shopping. Apple Card will also provide customers with weekly and monthly spending summaries.

Customers will be able to receive a percentage of every purchase amount back as a Daily Cash reward. Every time customers use Apple Card with Apple Pay, they will receive two percent Daily Cash, and they will also get three percent Daily Cash on all purchases made directly with Apple, including at Apple Stores, on the App Store, and for Apple services.

There's also a physical Apple Card for shopping at locations where Apple Pay is not accepted. The titanium card doesn't have a card number, CVV security code, expiration date, or signature, making it more secure than other credit cards. That information is stored and can be accessed in the Apple Wallet app. Also, customers who make purchases with the titanium card will get one percent Daily Cash. 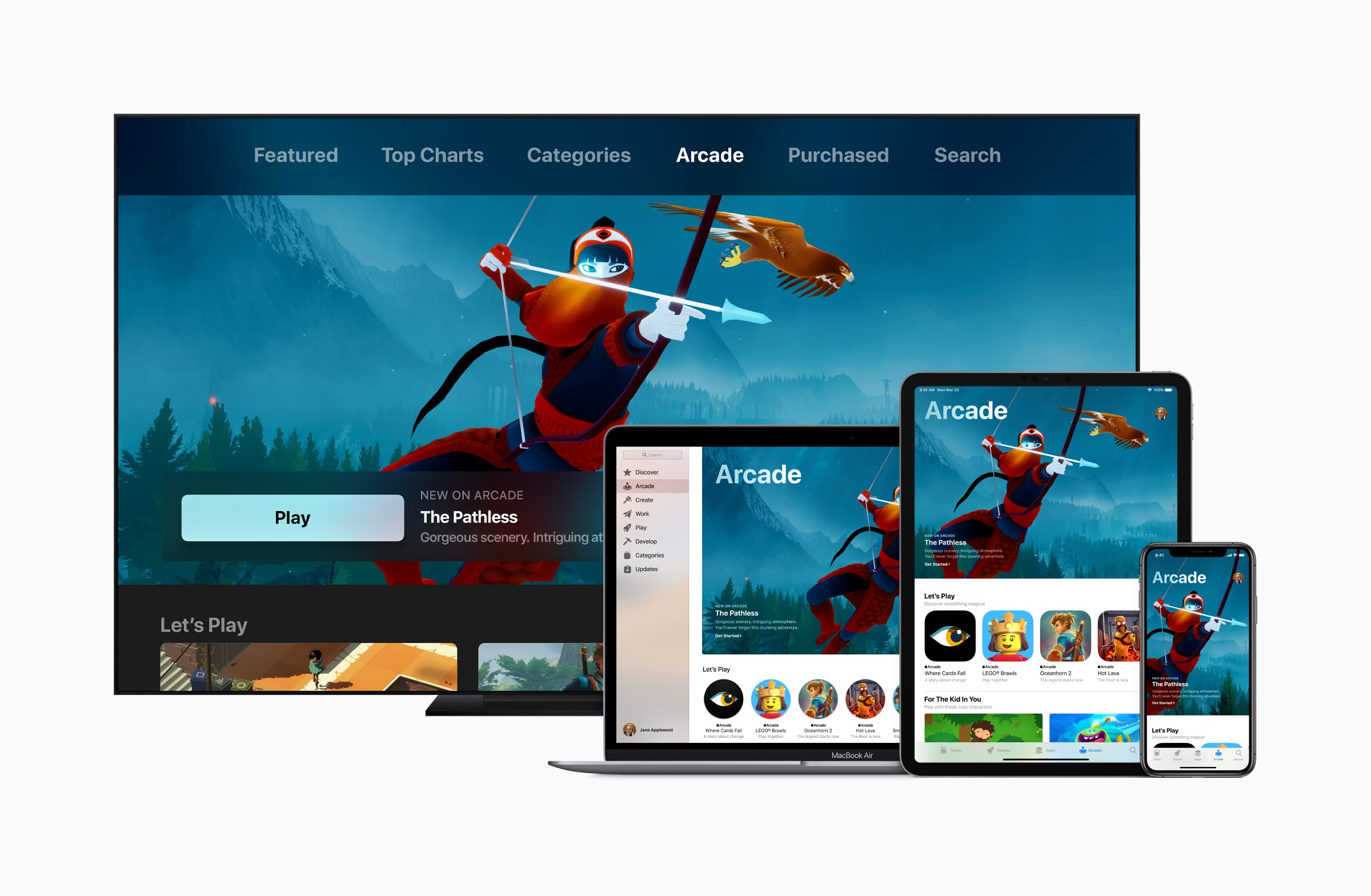 The world's first game subscription service is here! Introducing Apple Arcade, a service that will feature more than 100 new and exclusive games. It will be a new tab on the App Store across multiple devices.

“The App Store is the world’s biggest and most successful game platform. Now we are going to take games even further with Apple Arcade, the first game subscription service for mobile, desktop, and the living room,” said Phil Schiller, Apple’s senior vice president of Worldwide Marketing. “We are working with some of the most innovative game developers in the world to create over 100 new and exclusive games to play across iPhone, iPad, Mac, and Apple TV. Apple Arcade games will be great for families, respect user privacy, and will not have ads or require any additional purchases. We think players of all ages are going to love Apple Arcade.”

Games will include original releases from big-time creators like Hironobu Sakaguchi, Ken Wong, Will Wright, and dozens more. Prices have not been announced yet. Apple Arcade is set to launch in the fall.

What do you think of all the new updates and features from Apple? Sound off in the comments below.

Which one will take over the world first? Apple or Disney?