Apple announced the arrival of its newest phone, the iPhone SE. The phone is the second generation of the first SE phone released by the company in 2016. Apple redesigned the SE in response to consumers who needed a more affordable option. The original SE phones had bright colored plastic casings and scaled-down features. The new iPhone SE starts at $399 and packs in many of the features found on the higher-priced phones.

The iPhone SE starts at $399 and comes in three colors: red, white and black. Customers can reduce the price by participating in Apple’s trade-in program. The new SE has a 4.7-inch retina display, A13 Bionic chip (the same one used in the iPhone 11), and also integrates Smart HDR and portrait mode for photos.

“The first iPhone SE was a hit with many customers who loved its unique combination of small size, high-end performance, and affordable price; the new second-generation iPhone SE builds on that great idea and improves on it in every way—including our best-ever single-camera system for great photos and videos—while still being very affordable,” said Phil Schiller, Apple’s senior vice president of worldwide marketing. 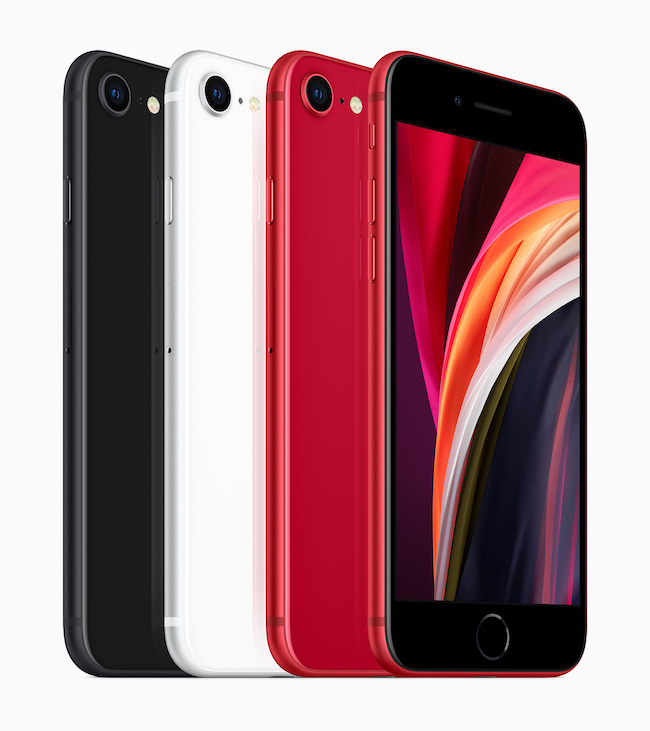 The one thing users might miss is the popular Face ID feature. The iPhone SE uses the older fingerprint enabled Touch ID instead. The SE is the same size as the phone it is replacing, the iPhone 8. It can be charged wirelessly and is resistant to dust and water. The engineers promise it can handle video and gaming just like its more expensive phones, and it can accommodate two phone lines with its dual SIM feature.

The new iPhone SE will begin shipping next week, and buyers will also get one year of Apple TV+ for free.