Since 1959, Volvo's invention of the 3-point safety belt has saved millions of lives.

It's only natural to look at a problem as an obstacle. Once your perception changes and you start to see a problem as a basis for innovation, that's when an invention is born. For example, one family wanted a better, cleaner way to cook bacon in a microwave, which gave the pork-loving world the Makin Bacon tray.

Such was the case for the invention of the 3-point safety belt. 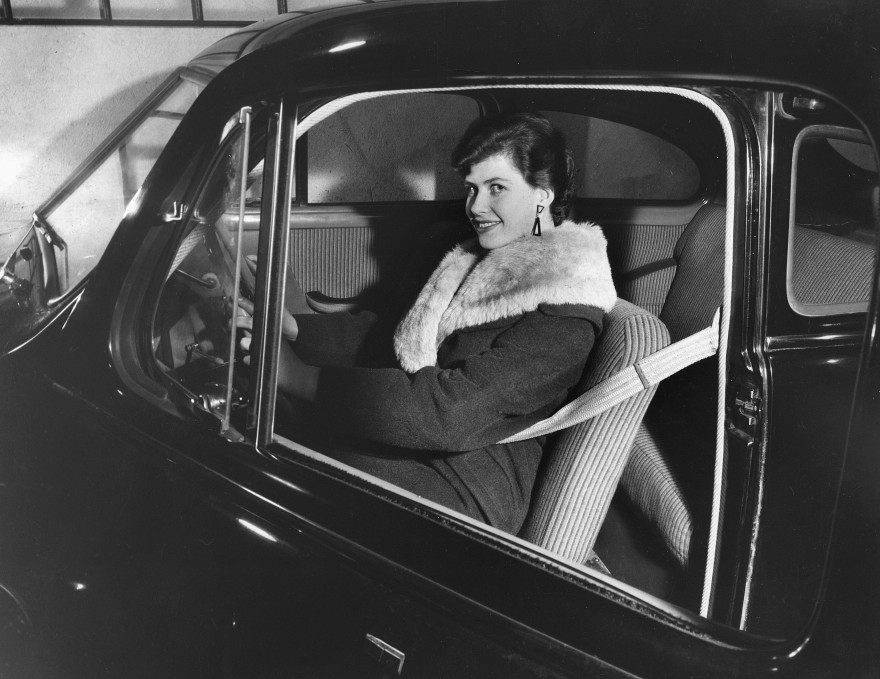 Sweden's national power company, Vattenfall, had a problem: their workforce was being killed in car accidents. Seat belts existed, but they were only lap belts that weren't conducive to reducing fatalities in the event of a collision. Engineers at Vattenfall were told to figure out a way to make cars safer, which directed them towards working with the engineers at Volvo to create the 3-point safety belt.

Referring to previous research performed by the United States Air Force, the Swedish engineers discovered that seatbelts could be improved by implementing a 2-point restraint that went over the torso. In 1956, Vattenfall began fitting their employees' cars with this new invention and then Volvo became interested in adopting this device to be used in their line of automobiles—but with a twist. By combining the torso belt with the lap belt to create the 3-point seatbelt, Volvo had given birth to a new era of automotive safety.

Volvo had the opportunity to patent this technology and rake in an obscene amount of money, but they didn't. Because Volvo believed that countless lives could be saved through this invention, all auto manufacturers were welcome to use it. 60 years later and millions of lives saved, you could say Volvo was ahead of the game when it came to corporate social responsibility.

And as someone whose life was saved by a 3-point safety belt, thank you very much, Volvo.

VIDEO: 'Nunchuck Bear' Is Exactly What You'd Expect From 2020