With 398 new emojis, texting on iOS just became even more diverse and inclusive!

With a fresh batch of new emojis, Apple just took texting on iOS to a whole new level! Released on Monday, the 398 new emojis that come along with the iOS 13.2 update have already proven popular with iPhone users.

Apple creators have been hard at work adding the new emojis, 255 of which previously existed but have been updated to become more gender-neutral. In order to become more diverse and inclusive, they have added a wide range of those with disabilities, service dogs, mix-and-match gender and race options, and much more.

What has been added:

There are many new features along with this update including the option to mix and match people of different races holding hands with one another. See the demonstration below:

This new update allows iPhone users to have a more diverse way of texting and gives some representation to interracial couples and people with disabilities, among others.

These new iOS 13 emojis are 🔥 I’m especially happy disabled people are getting representation. Oh and that yawn and sloth will be getting used a lot

The new accessibility emojis have arrived on iOS! 🎉

Take a look at all the divrersity! A wider range of skin tones, disabilities, and gender-neutral options are much better-represented. 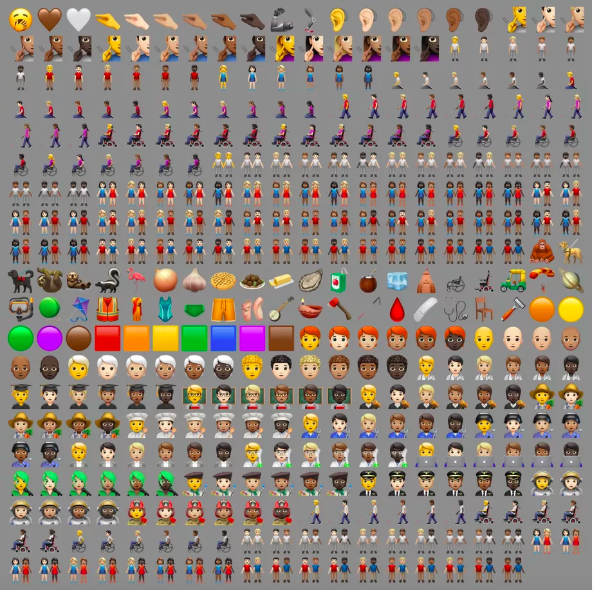 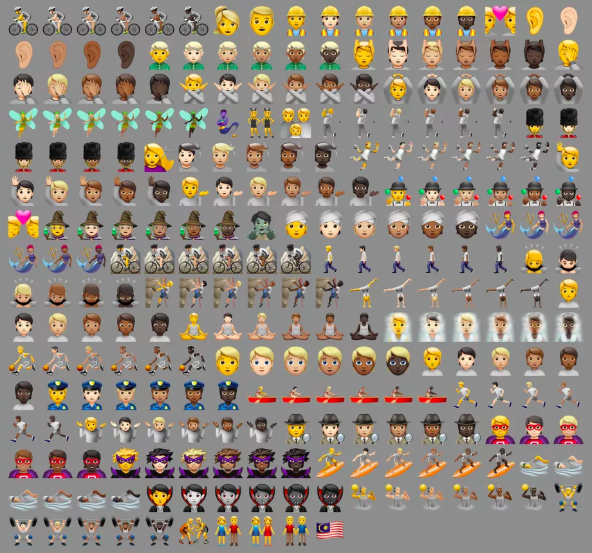 As you can see, the new additions attempt to shake off the male/female stereotypes by adding a third, gender-neutral option to many of their popular emojis: 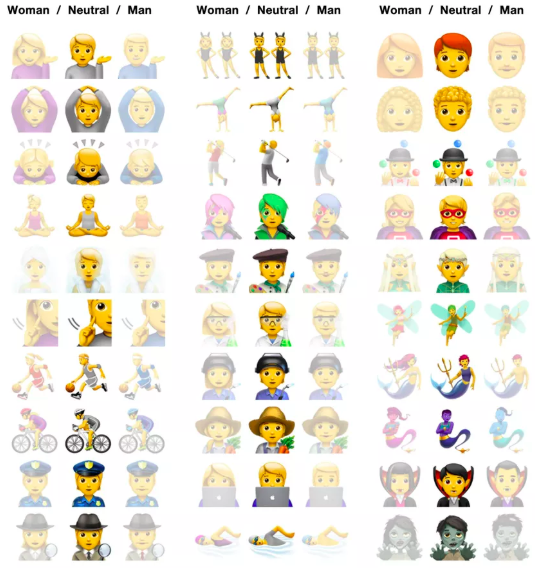 Way to think about the future, Apple!

Which emojis are your favorite? Have you used any of these? Tell us in the comments!