NASA Wants You to Design Its Next Space Toilet

NASA Wants You to Design Its Next Space Toilet

NASA is working to get back to the moon as part of a long-term mission to expand the space program. And the Artemis program aims to land the first woman and next man on the lunar surface by 2024, but ... they need a new lunar toilet. That's where you come in!

NASA has turned to the masses for design ideas, announcing the “Lunar Loo Challenge" early last week. NASA is looking for toilet designs that can function in both microgravity and lunar gravity. Plus, there's $35,000 worth of cash prizes—the winning design will receive $20,000, second place gets $10,000, and $5,000 goes to third place.

Though not exactly what comes to mind when one thinks of aerospace engineering, going to the bathroom in space is something that must be addressed. It's not fun, it's not pretty, however, it's just as necessary as eating and drinking.

Currently, the toilets aboard the International Space Station (ISS) use a suction method and require astronauts to pee into a cup attached to a hose, a similar set up is used for No. 2. On the previous Apollo missions to the moon, astronauts urinated into a roll-on cuff transfer system and bagged their solid waste. Earlier lunar missions used a specially designed adult-sized diaper. 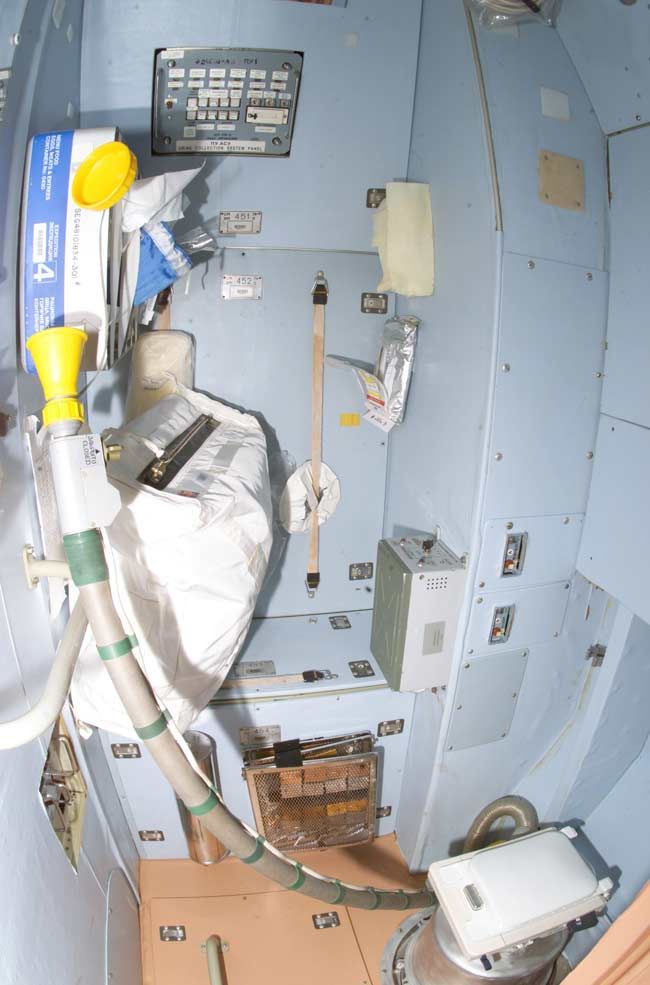 NASA is hoping to find a way to make space toilets smaller, lighter, and more functional in space. Ideas should not be based on how toilets work on Earth, as there's the whole lunar and microgravity thing to factor in.

“Lunar toilet design concepts should allow astronauts to urinate and defecate in both microgravity and lunar gravity. Microgravity is what is generally considered “zero-g” and is experienced as weightlessness.  The g-force is not actually zero in microgravity; it is just very small.   Lunar gravity is approximately one-sixth of Earth’s gravity, so urine and feces will fall down. “ NASA.

NASA has a few guidelines and factors that must be included in the design (taken from the official contest announcement):

There are a few more must-haves in the official rules, and there will be bonus points for a design that can capture vomit without a crew member needing to put their head in the toilet. Designs also must abide by all known laws of physics—after all, this is for space travel, not science fiction.

The contest has a Technical and Junior category. Those in the Technical group are up for cash prizes, the Junior category is for those under 18, and will win recognition for NASA merchandise and a possible mystery prize. Please check the official rules for all information on both categories and how to enter.

Check out this video from NASA that introduced viewers to the topic a few years ago:

Though it's not something we often think about, there's a heck of a lot that goes into using the restroom in space! Are you going to throw your hat in the ring and give designing a "lunar loo" a try? Share your ideas in the comments.