When you think of a life-saving apparatus, how often does a toilet come to mind?

We're willing to bet not often, but we don't blame you – for every Starbucks, there's a toilet. The reality for the rest of the world, though, is that safe plumbing infrastructure can be hard to come by. The Bill & Melinda Gates Foundation aims to change that – and its Reinvented Toilet Initiative has some promising designs that could help save thousands of lives.

According to the Gates Foundation, over half of the world's population lack safe sanitization and nearly one billion of those people 'do their business' outdoors.

Keep wincing. As a result, some 361,000 children under the age of five die every year from diseases that could be contained by proper plumbing and sanitization. Traditional plumbing systems, while effective, are expensive to build, maintain, and implement in the areas where it is needed.

And with the population rising, not to mention more people moving into cities (it's expected that two-thirds of the world's population will live in cities by 2050), the problem is only expected to get worse.

Two toilet designs, funded by the Gates Foundation, however, offer a promising improvement: 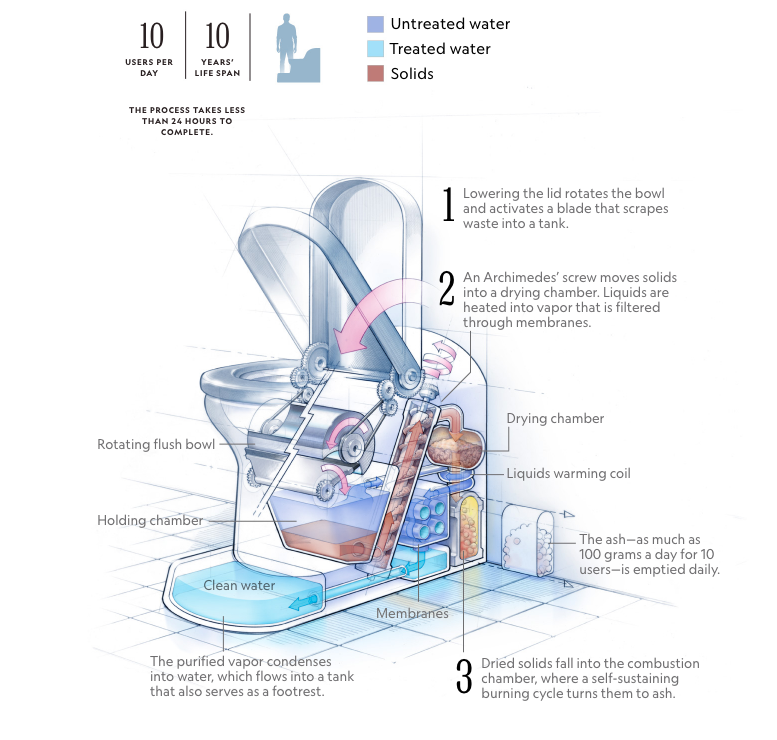 The benefit of this design is that it's portable and doesn't require an external power hookup. It's also a self-contained unit that physically separates the waste and combusts it to minimize the spread of pathogens. As for the liquids, they're heated and the vapor is sent through a membrane. Any leftover water then collects in a tank and is safe to dispose of. 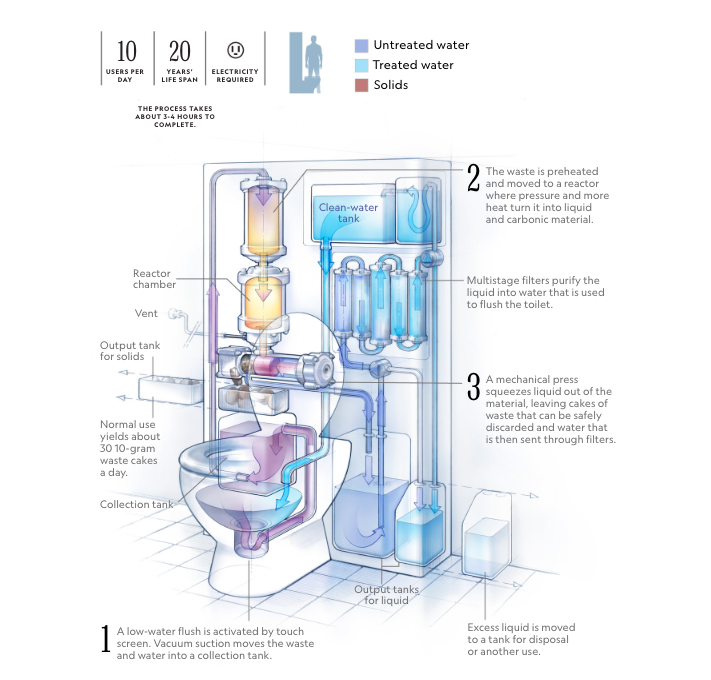 While the HTClean toilet requires electricity to operate a heat and pressure-separation system, the commode is able to compress waste into dried, removable cakes which can then be disposed of. The HTClean only takes three to four hours to complete its cycle and has twice the lifespan as the nano-membrane design.

Regardless, we know it's taboo to talk about bowel movements, but the issue of human waste is mounting. For an in-depth look at the devastating effects of untreated human waste, check this out. In the meantime, keep up the 'potty' talk – it's important.