Robocalls Are a Real Plague —So What Can Be Done About Them?

Robocalls Are a Real Plague —So What Can Be Done About Them?

The blight of robocalls continues into the new decade—What does the situation look like now?

You've heard some variation of these before:

“This is a final courtesy call about extending your car’s warranty before it’s too late ...”

"You have qualified for our student loan relief program ..."

Or maybe something about your credit card, or the IRS, or maybe a "free trip to the Bahamas." Spam calls—robocalls or scam artists that call all hours of the day from a different number every time—continue to spread into 2020 in a miasma of harassment and inconvenience. YouMail, a robocall-blocking software developer, reports 4.7 billion robocalls have been made already in 2020, for an average of 14.4 calls per person affected. If this year is anything like the last, half of all the calls made to U.S. cell phones will be spam. 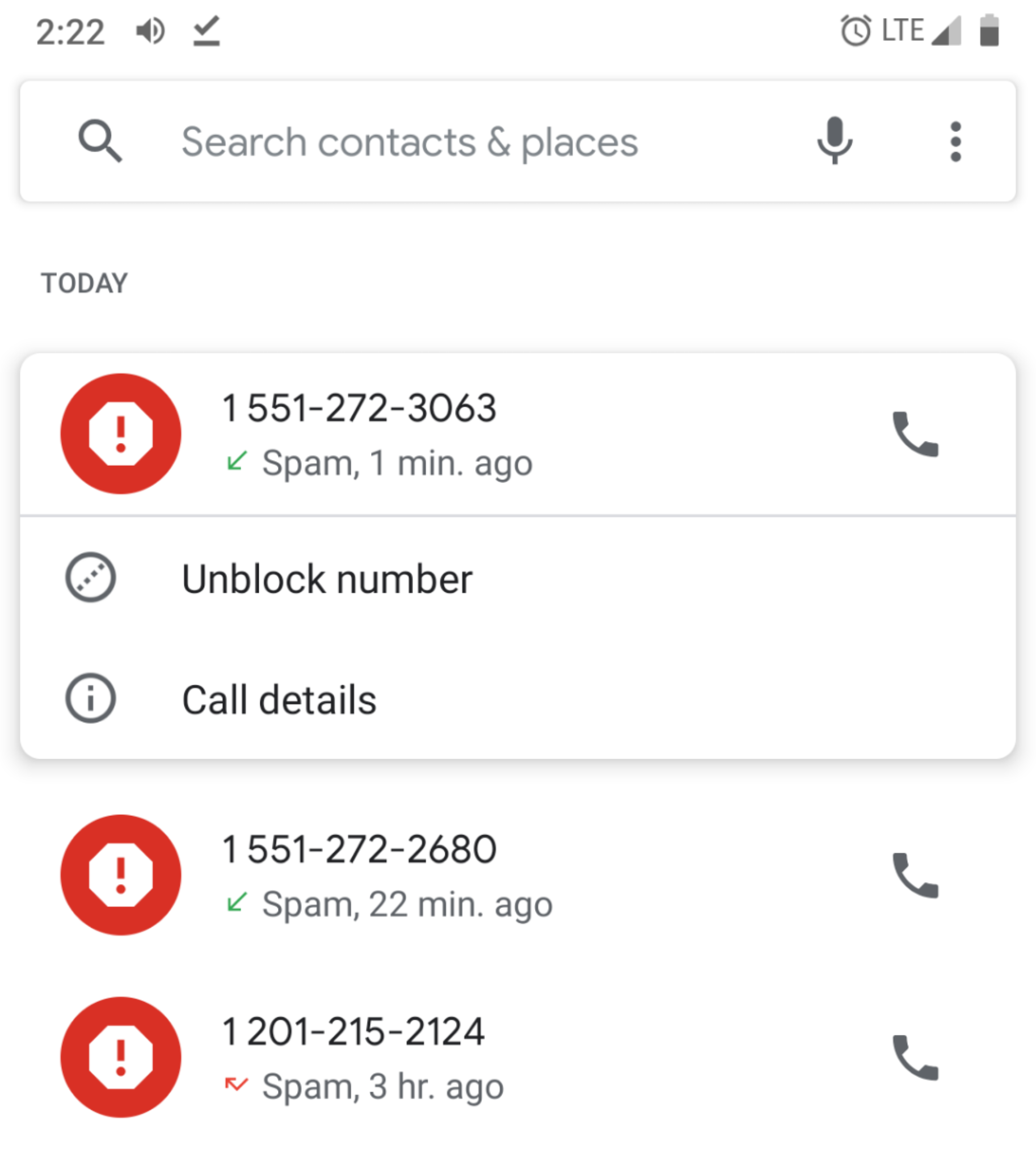 If your phone's Recents look anything like mine. Courtesy of u/astroguyfornm via reddit.com/r/mildlyinfuriating

How do scam calls work?

It's cheap and easy to run phone scams, thanks to the internet and abundant communications tech, which was actually developed decades ago so that legitimate companies could route all their calls through a single number. And VoIP (Voice over Internet Protocol) has made it super-easy in the current age.

"The problem is, the phone system itself—the whole signaling infrastructure for how phone calls are routed in the United States—enabled this long before VoIP was even a thing—back before the internet was even in people's houses," explains Chris Wiegand, the Chief Technology Officer at PIN Business Network in Denver, Colorado. "Companies could buy trucks of phone lines, and they'd all go out as whatever number they said. So if they gave out the wrong number, they gave out the wrong number. It was designed for this intentionally. The problem is now that VoIP has made it very easy for everybody to have access to this technology."

Scammers start when they have your number. They got it from your mobile carrier, or those Terms of Service you agreed to without reading, or credit companies, or really any of a number of ways. (We've been saying "Privacy is Dead!" since the start of the last decade.)

Before it reaches your phone, a spam call has taken measures to hide the scammer's identity from law enforcement. The caller ID has been disguised, or spoofed, to look like a local caller or a trusted company (or even someone the scammer thinks you might know personally).

A scam system might have many parts that span over several countries. Scammers can call from anywhere in the world, and their automated systems make it as easy as a couple of button presses to torment millions of people.

So you answer your phone—because how can you know it's not an important call?—and they assess how good of a mark you are for future calling. And the hooks are in.

Check out this handy infographic from the Federal Trade Commission on how it all breaks down: 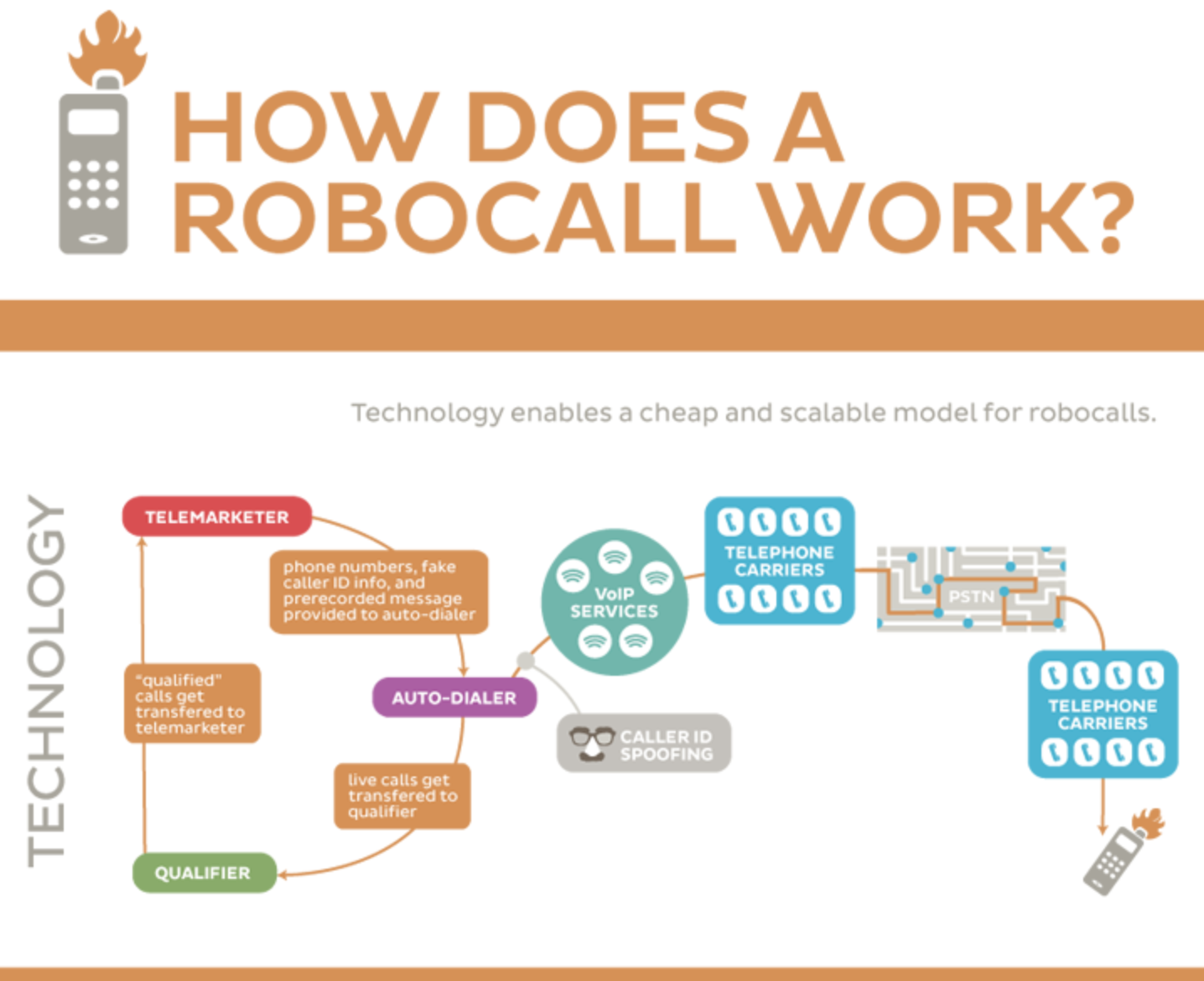 What's being done about this?

Most recently, President Trump signed the Traced Act into law. This bipartisan legislation allows government and law enforcement to hunt down robocall orchestrators more aggressively, with increased penalties and a longer statute of limitations.

The Federal Communications Commission (FCC) and the Federal Trade Commission (FTC) have been trying to chop heads of the robocall hydra for a long time. In fact, 60 percent of the complaints the FCC gets are about robocalls, and it's their "top consumer protection priority." 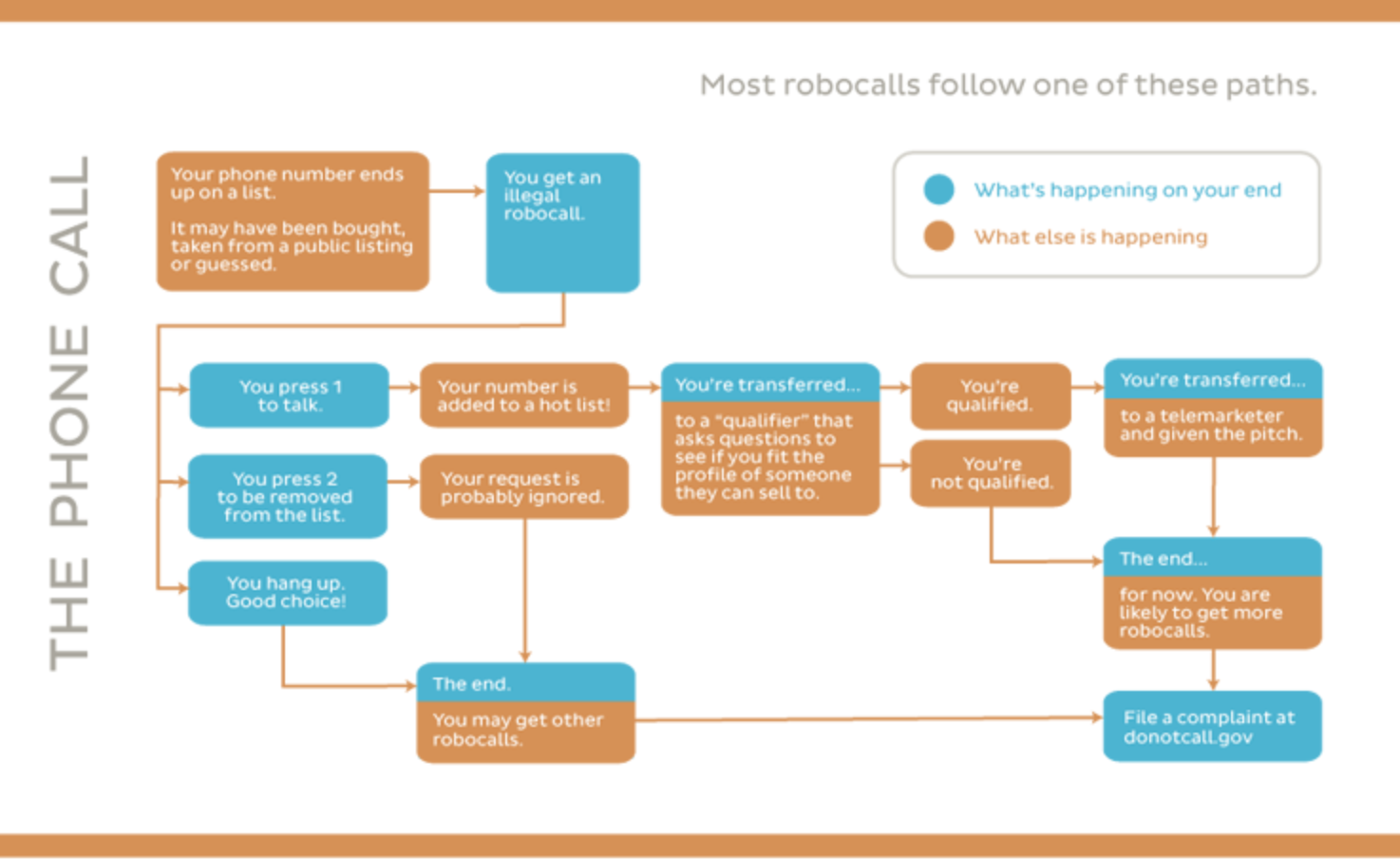 It'll take time for these measures to be implemented across all agencies and carriers, but it's reassuring that everyone seems to get (and hate) robocalls, even the FCC chairman.

An important note: Not all automated calls are illegal, and some might be helpful. Calls from political campaigns, charities, debt collectors, health care providers, or purely informational calls may be legal and might be important for you to hear (maybe).

Here's a list of major carriers and where they're at with the implementation of SHAKEN/STIR:

What you can do now

While you wait for society to solve the spam problem, there are some measures you can take yourself. Here are the cliff notes from the FCC's and the FTC's tips for stopping robocalls:

It's awful, and it's deplorable, and we're sorry you have to deal with robocalls. We're dealing with them, too. Feel free to vent your frustration with a comment (we did ... and wrote an article!).