Volvo ushers in a new era of ridesharing: not having to talk to an Uber driver.

We can all agree that Uber has made life far more convenient when it comes to going to the airport, getting home after a pub crawl, or just being dropped off at a place where parking is difficult to come by.

However, with this convenience, we're also at the mercy of the drivers themselves and not always happy with who's behind the wheel. I'll fully admit, I love a silent trip to and from my destination because, sometimes, after a long day of travel or a particularly heinous Bumble date, I just want some well-deserved peace and quiet. 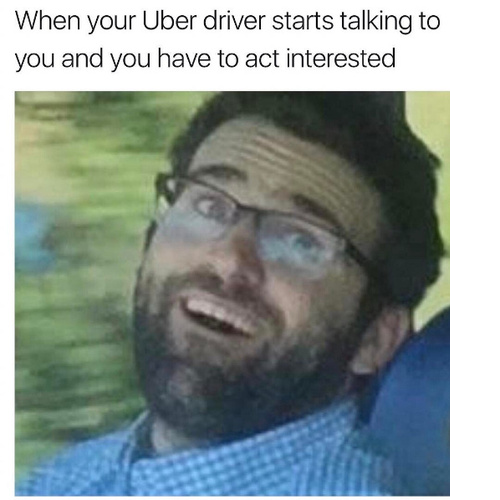 Just recently, Volvo and Uber partnered up to create an XC90 SUV combined with Uber’s self-driving system for autonomous operation. The XC90 base vehicle has Volvo's key safety features which allow Uber to implement its own self-driving system. According to Volvo's press release,

"The most important features of Volvo Cars’ autonomous drive-ready production vehicle include several back-up systems for both steering and braking functions as well as battery back-up power. If any of the primary systems should fail for some reason, the back-up systems are designed to immediately act to bring the car to a stop. In addition to Volvo’s built-in back-up systems, an array of sensors atop and built into the vehicle are designed for Uber’s self-driving system to safely operate and maneuver in an urban environment."

While the vehicles currently require an Uber Mission Specialist to oversees the auto's performance, this is an important step in the future of ridesharing. This innovation ushers in a new era of road safety and customer satisfaction. Even though fully-autonomous ridesharing is still a ways off, it's comforting to know that the future of getting a safe – and silent – ride home is looking pretty bright.

What do you think? How soon do you think we'll see these autonomous vehicles on the road? Let us know your thoughts in the comments below.