A Green-Furred Puppy Was Born on a Farm in Italy, and It's 'Fur' Real

A Green-Furred Puppy Was Born on a Farm in Italy, and It's 'Fur' Real

The pup was appropriately named Pistachio.

A farm in Sardinia, Italy, is making headlines due to a "pawsome" discovery—a green-furred puppy!

Farmer Cristian Mallocci reported to Reuters that his dog Spelacchia ("mangy" in Italian) gave birth to a litter on October 9. Of the five puppies born, only one arrived with the mint-colored coat, while the rest sported white fur.

Due to his pale-green hue, Mallocci aptly named the pup Pistachio.

The greenish tint is linked to the pigment biliverdin, which also appears in bruises. It is believed that the light-skinned puppy was in the presence of the material while in the mother's womb. Biliverdin is very rare in animals, which makes Pistachio's appearance all the more miraculous. However, it won't last forever; the coloring will likely fade as the dog gets older and matures, but it's cool while it lasts! 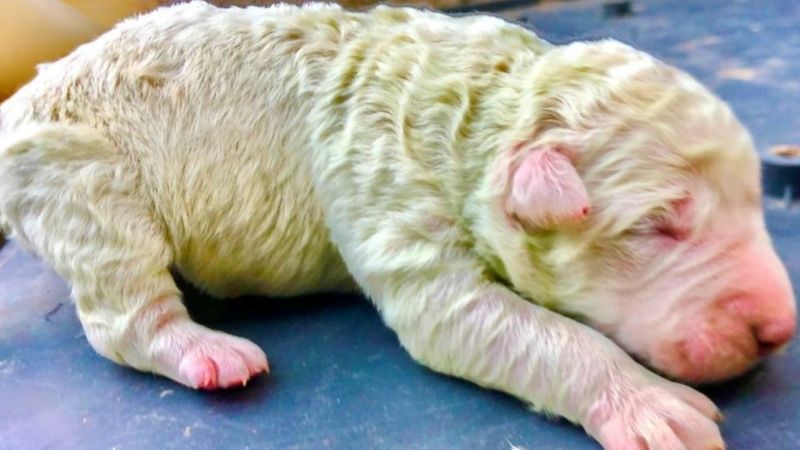 Mallocci, who runs the farm with his brother-in-law, will keep Pistachio to help take charge of the sheep while his siblings will be put up for adoption. The farmer emphasized the significance of the occurrence, as the color green symbolizes "hope" and "luck." As the coronavirus pandemic continues to sweep the globe, he regards Pistachio as his "little star" who he hopes will bring people some much-needed happiness amidst the chaos.

Kermit the Frog once sang that it's not easy being green, but we think this little guy is doing a pretty good job of it!

What do you think about Pistachio? Leave a comment!