A Restaurant in China Weighs Customers Before They Order, Suggests Meals Based on Their Heft

A Restaurant in China Weighs Customers Before They Order, Suggests Meals Based on Their Heft

The ultimate in fat shaming?

In an effort to reduce food waste in China, the president of the country has started a campaign called Operation Empty Plate. But one restaurant chain in Hunan seems to be taking some liberties in its interpretation of the initiative, by rolling out scales at the entrance of each location.

To be clear, participation is voluntary. But those who do step on the scale will receive a message on their phone with their weight and a link to a digital menu where they can access a list of suggested dishes. Calories and ingredients are supposedly all a factor in the suggestions.

For example, Conde Nast Traveller reports that if the scale at Chuiyan Fried Beef measures a woman to weigh 40 kg (that's 88 lbs. in American talk), it would recommend she order two dishes, while an 80-kg man (176 lbs., approximately) could order three dishes feasibly. 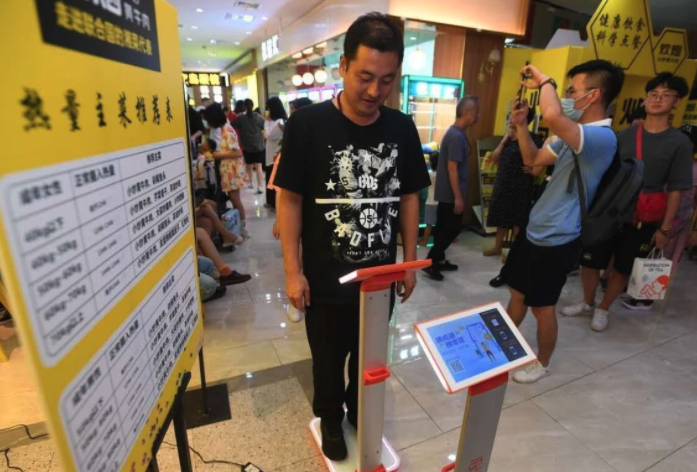 The whole point is that customers are encouraged to only order the amount they can (or will) realistically eat.

China is indeed trying to overcome a signicant food waste issue, and the executives at Chuiyan Fried Beef have admitted that their newfangled weighing method is an effort to be a leader in Xi Jinping's new Operation Empty Plate campaign. (And if that isn't an obvious case of brown-nosing, we don't know what is.)

The chain responded to criticism with an apology for any hurt they've caused customer, but they plan to keep the scales in place, as well as provide additional nutritional information for customers seeking to eat more healthily.

"Netizens are welcome to come to the store to experience it and give their comments and suggestions," a statement from the restaurant said.

What do you think? Would you ever weigh yourself before ordering at a restaurant? We'd love to hear your thoughts in the comments!