As if we aren't dealing with enough already ...

Asteroid 2020ND—a giant piece of rock estimated to be somewhere between 110 and 250 meters in diameter—is fast-approaching Earth, with NASA calling it "potentially hazardous." It will be closest to our planet (about 3.4 million miles away) on Friday, July 24.

For scale, the "London Eye" Ferris wheel is roughly 120 meters in diameter. Admittedly, we're not sure why the London Eye was chosen for size comparison, but nonetheless, here's a pic: 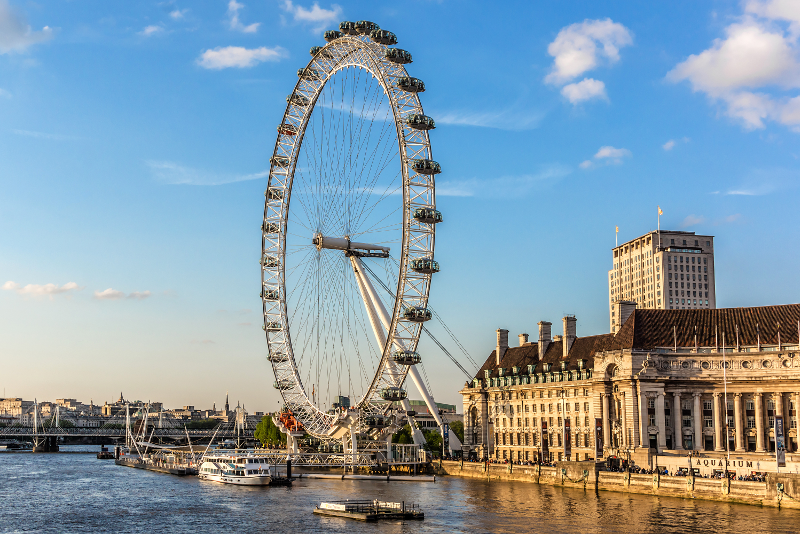 The London Eye, courtesy of TourScanner

NASA has issued the following statement:

"Potentially Hazardous Asteroids (PHAs) are currently defined based on parameters that measure the asteroid’s potential to make threatening close approaches to the Earth. Specifically, all asteroids with a minimum orbit intersection distance (MOID) of 0.05 AYU or less are considered PHAs."

This one has an AYU of .03723, which puts it within hazardous range, but is still more than three million miles away.

NASA reassures us that plenty of other asteroids have visited nearby, and this specific one—Asteroid 2020ND—has come close to Earth in its orbit at least five times before.

Check out the orbit, though: 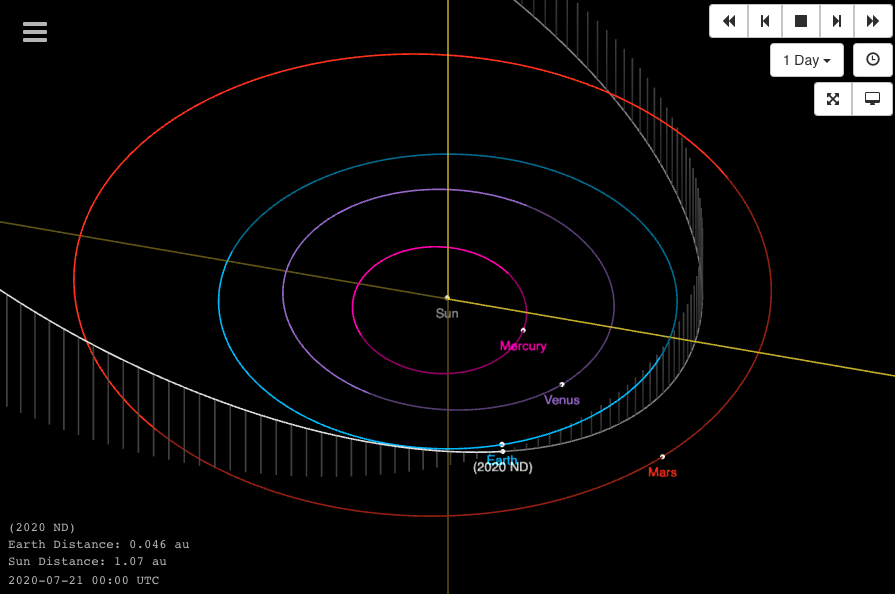 Just for some more comfort, it's important to remember that though a lot of doom-and-gloom "threats" have surfaced in the last few months (i.e., murder hornets, a deadly mosquito-borne illness, and yes, a stadium-sized asteroid), none—besides the coronavirus pandemic, of course—have actually materialized into serious issues.

You can track the asteroid's approach on the Asteroid Watch Widget.

What do you think? Can you think of any other news stories that the human race has blown out of proportion in the last few months? Tell us in the comments!