A disturbing sight to behold: At least 5,000 animals were found dead at a shipping facility in Central China. The animals, comprised of domestic pets like cats, dogs, guinea pigs, and rabbits, were found in cardboard boxes at Dongxing Logistics station in the province of Henan. The grisly incident signals a connection to the widespread breeding industry prevalent throughout the country.

The tragic scene was discovered last week by an animal rights organization called Utopia, which is led by a woman known as Sister Hua.

"The station was cluttered with express boxes with thousands of animals that had already died, and the entire place reeks of rotting bodies," Sister Hua told CBS News. Photos show the animals crammed in plastic or metal cages on the facility floors, along with deceased animals lying on a black sheet.

Sister Hua, who prefers using a pseudonym to center the focus on the issue at hand, rescued 200 rabbits and 50 dogs and cats with the help of 20 volunteers. Since the rescue, many have been adopted or sent to veterinarian clinics for medical treatment, while the deceased have been properly handled and buried. 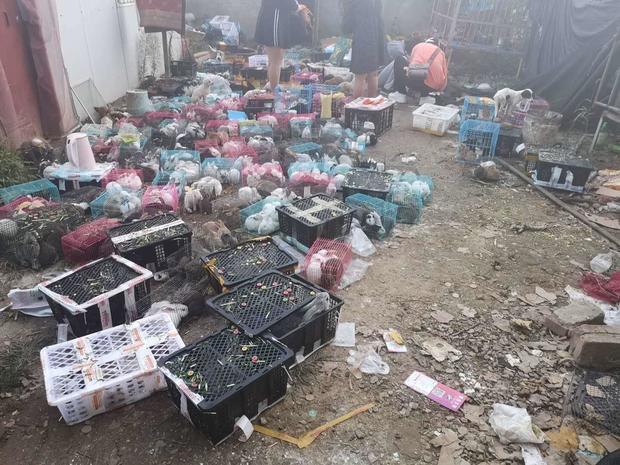 According to Hua, the animals likely perished from suffocation, starvation, and dehydration after being neglected for a week without proper nourishment. The practice of shipping animals in normal packaging is barred in China, and with the pets likely purchased online, it is probable they were left behind in the warehouse after the logistics facility rejected following through with the illicit shipment.

The incident, in addition to being upsetting, also raises public safety concerns amid the COVID-19 pandemic.The novel coronavirus strain emerged from wet markets in Wuhan, China, whose business poses a higher risk of cross-contamination due to the close quarters inhabited between humans and animals.

To prevent incidents like this from happening in the future, Hua implores citizens to adopt animals from reputable sources. She also calls on the Chinese government to implement stronger regulations, though doesn't spare the people utilizing these industries.

"Miscommunication inside the shipping company and the inconsistency of the implementation of shipping regulations directly led to the tragedy," said Hua. "Of course, both buyers and sellers bear the responsibility, too."

What do you think of this news? Should stricter regulations be enforced? Let us know in the comments.