The good people of Antikythira will give you a monthly wage and a plot of land to become a resident.

Do you dream of basking in the beautiful Greek sun surrounded by tranquil blue water? If so, Antikythira, an island between Crete and Kythira, is making an offer you might not be able to refuse.

Antikythera is famous for an ancient bronze machine that was discovered there in a shipwreck. Named The Antikythera Machine, it is actually an ancient analog computer used to predict astronomical positions, as well as eclipses of the planets. In recent years, the island has been host to both archaeologists and birdwatchers, but the year-round population dwindled significantly.

"At the beginning of the 20th century the island belonged to the province of Kythera, which then belonged to the prefecture of Argolida and Corinthia, was a community and there lived 334 inhabitants. Today, the image is disheartening, since most locals have abandoned it," said Greek website iefimerida.

In an effort to revive its community, which currently sits at only 24 people, the island invites you to join its residents. To sweeten the deal, you will free accommodation and a monthly wage to get you started. This is being done to help restore the island to its past glory. At one time, it was home to a robust, year-round population, but as is happening in many small communities, younger generations are moving to the metro areas and the current population is aging. 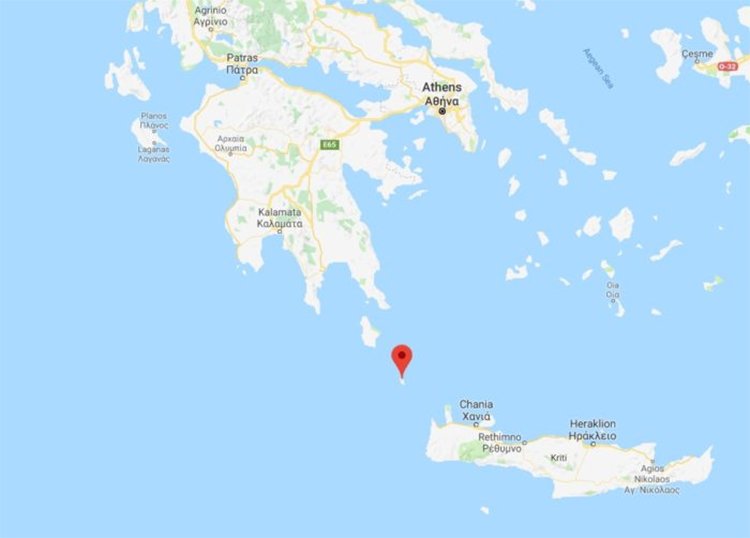 There is a bit of a catch to the offer: officials are looking for families with three or more children. The funding for the deal is coming from the Greek Orthodox Church and is focused on hosting young, growing families who will stay in the community.

"We are looking for many families to revive our island. A few days ago, three small children settled in Antikythira with their parents, who were from the island and the place was alive. We need three young families, large enough to make Antikythira live and full of children's voices," said the president of the island, Andreas Harhalakis, to iefimerida.gr.

While Greek families will be considered first, the search is open to anyone across the world who has dreamed of living on a remote island. It does have internet, electricity, and one store (with plenty of wine), but that's about it. It is only a 45-minute plane ride from Athens. There are also plenty of jobs for fishermen, bakers, builders, and more.

The offer seems legit, as a few families have already been accepted into the community through the offer.

Does the Greek island life sound like heaven? Get the family on board and put your application in on the Antikythira website as soon as you can, as it sounds like it's gotten a lot of attention!