The 600-year-old German castle is surrounded by wolves—and supposedly haunted by Frederick the Great.

The group of 25 musicians, including some who are as young as 17, landed in Germany on March 10—just as the country's coronavirus restrictions began to tighten.

"Our bus broke down on the motorway. I remember joking that this was bad luck and perhaps our concerts would be canceled, but never did I think it would actually happen," one musician named Carlos told the BBC.

Their fears were realized to the worst degree. First, their performances were canceled. Then, Bolivia closed its borders and the orchestra failed to scramble home in time. Stranded abroad, they could only watch as Germany progressed to full lockdown and the group became the new tenants of the centuries-old Rheinsberg Palace grounds.

A fairytale? Or a nightmare?

“People back home think we’re in a fairytale land. I’ve had hundreds of messages telling me to stop complaining, and that I’m living like a princess in a German castle. We feel abandoned," Carlos continued.

The Bolivian Embassy hopes to have the orchestra on a flight home by early June, but their unexpected stay will probably haunt them for some time.

The townspeople of Rheinsberg have been supporting and welcoming to their new neighbors, who, in accordance with regulations for large gatherings, are confined to the grounds and woods surrounding the ancient estate. The musicians stay in a guest house on the property, which has a kitchen staff that drops off food. Rheinsbergians even donated clothes.

Doesn't seem like the worst vacation—for a couple weeks. But weeks turned into what's now the third month of castle-bound isolation. The ancient moated castle that looms over them constantly was home to German royalty since the 1500s, including Frederick the Great. The musicians joke that the ghost of Frederick haunts the estate. 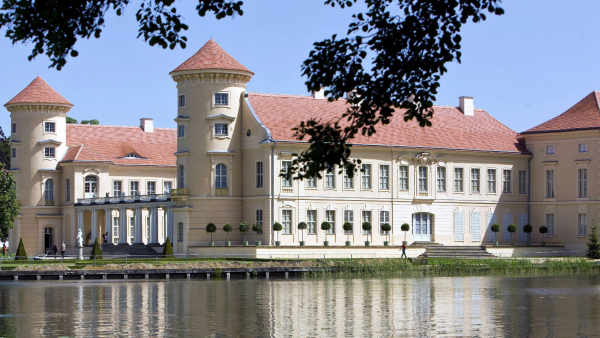 “We all joke that Frederick’s ghost is following us and trying to trip us up. I don’t usually believe in such things but it does feel as if there are ghosts on the grounds,” said Camed Martela, a 20-year-old member of the orchestra.

To round out the experience, the grounds and surrounding woodland are home to 23 packs of wolves. One musician, Tracy Prado, said she saw three wolves while out for a walk. She recounts: “I froze in fear but they were just play fighting and moved on."

Comfort and Purpose in Music

To cope with the situation, the group turned to what had brought them to Germany in the first place. The musicians established a practice schedule of three hours before lunch and three hours after. Even as they dearly miss their families and normalcy, the music they perform serves a unifying and tranquilizing purpose. 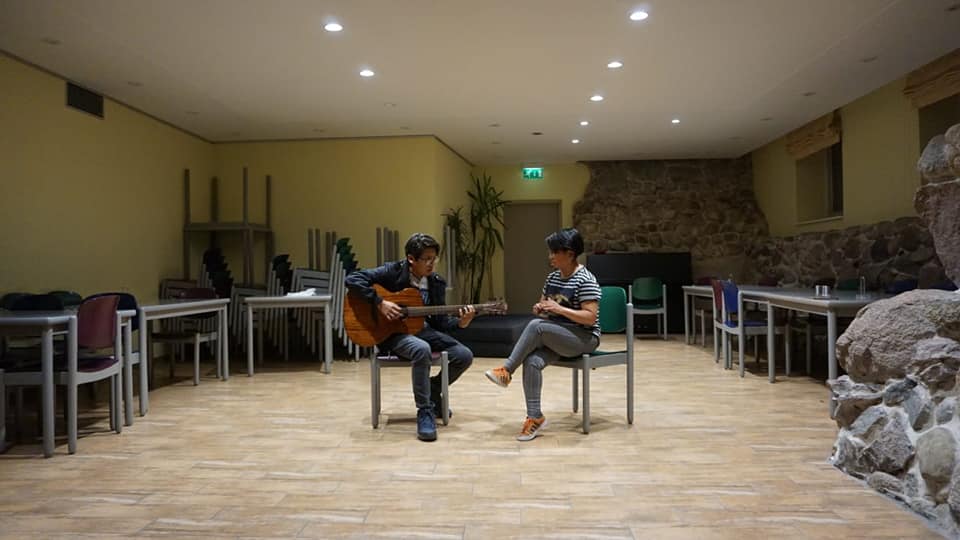 "Indigenous music is all about the principle of community—everybody can take something from what they are and offer it to the group," says Carlos.

"You feel the same as your ancestors felt when playing these traditional instruments, which is a beautiful thing," adds Miguel.

"I'm dreaming of the day I will be at my bed in Bolivia and say, 'OK, this is over' but I also know that on that day I will start missing what is happening here," admits Carlos.

How would you feel if you were in those musicians' shoes? Does a castle stay sound nice or awful right now? Comment below!