Night of the living "ehhhh"! The sound of an ancient mummy has been recreated by science.

At the Leeds City Museum in Northern England, scientists have coaxed another secret out of an ancient Egyptian priest named Nesyamun, though it has been 3,000 years since he died. Nesyamun was a priest at the Karnak temple in Thebes, where he spoke and sang in rituals. Nesyamun died in his mid-50s and was mummified. He was entombed in a coffin inscribed, "Nesyamun, True of Voice" in hopes that his voice would one day reach the gods.

Nesyamun's name in hieroglyphics as inscribed on his coffin, courtesy of Leeds Museums and Galleries.

As published in a new Scientific Reports study, scientists at Leeds took a CT scan of Nesyamun's vocal tract. 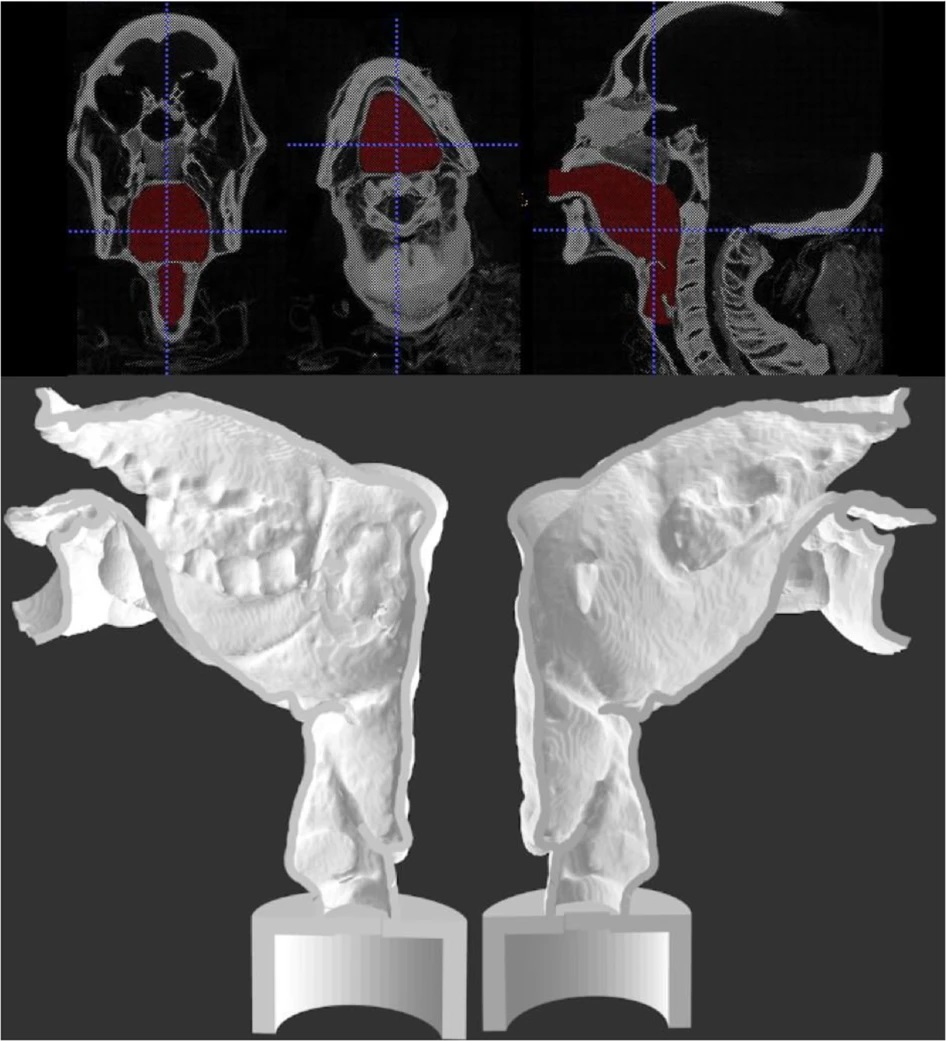 Final view of Nesyamun’s vocal tract to be 3D-printed, courtesy of Leeds Museums and Galleries.

From the scan, they recreated the mummy's mouth and throat with a 3D-printer and combined it with an electronic larynx. Then they hit play on their speech synthesizer loudspeaker to produce "the sound that would come out of his vocal tract if he was in his coffin and his larynx came to life again," says study co-author David Howard, a speech scientist at the University of London.

Mummies are a staple of the horror genre, so only give this a listen if you're feeling brave! Hark:

Oh, that wasn't scary? That was underwhelming?

The sound reproduced from Nesyamun is a brief monosyllable, and remarkably similar to the noise made by most people when asked, "How's your week going?" on Wednesday morning. Study co-author and archaeologist John Schofield from the University of York explains that the "vocal tract has only one shape here—the shape as he lies in his sarcophagus—that produced just one sound.” What's more, mummies don't have tongue muscles and their vocal folds are stiff and dry, which makes the sound flat and tinny.

However, what the sound might lack in gravitas, it makes up for in implication.

Schofield continues: “When visitors encounter the past, it is usually a visual encounter. With this voice we can change that. There is nothing more personal than someone’s voice.”

What do you think? Should scientists keep mummies quiet—is it unethical to resurrect something as personal as a voice? Or would your experience at a museum be enriched by a conversation with a pharoah?

Let us know in the comments below!

Coronavirus: More Than 60,000 Cases—and Everything Else You Need to Know