Egyptian Coffin Opened for the First Time in 2,600 Years

Egyptian Coffin Opened for the First Time in 2,600 Years

Seemingly just in time for Halloween, Egypt's Ministry of Tourism and Antiquities announced a historic discovery of sarcophagi from an ancient tomb. During the announcement, officials opened one of the coffins, revealing a mummy to the light of day for the first time in over 2,000 years. Immediately in response, "Brendan Fraser" was trending on Twitter.

Honoured to be invited by the Minister of Tourism and Antiquities HE Khaled El Anany to Saqqara for the announcement that a new tomb of mummies has been discovered. I saw one being opened for the first time in 2600 years! Truly amazing! @TourismandAntiq @MFATNZ 🇪🇬🇳🇿 pic.twitter.com/5oLfAM7zAV

Brendan Fraser didn’t fight Imhotep and the Scorpion King for y’all to do this again smh https://t.co/50PHfElLHI

But aside from comparing our own 2020 to 1999's The Mummy, the discovery is amazing and one of the biggest of its kind.

South of Cairo and on the outskirts of the ancient city of Memphis lies a necropolis called Saqqara. At first, archaeologists discovered 13 well-preserved, decorated wooden coffins. Then they found 14 more. The count is currently at 59 with more expected.

"The reveal is not finished yet; we have found layers of coffins which will be announced later," the Ministry of Tourism and Antiquities said. 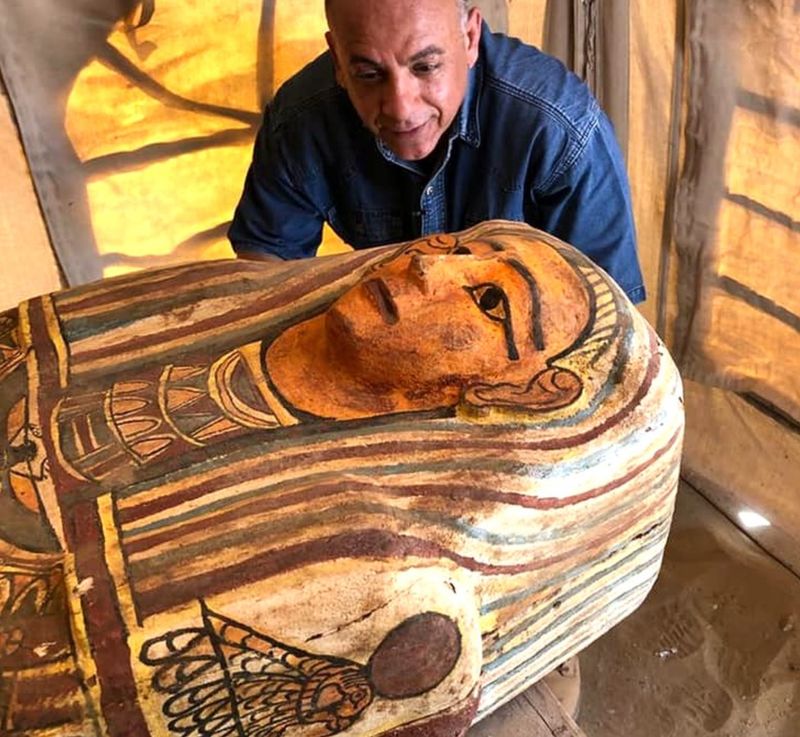 Saqqara was an active burial ground for over 3,000 years. The uncovered coffins are well-preserved and show original painting. They stacked on top of each other in several burial wells, alongside smaller artifacts like statues. The archeaologists had to descend down these wells as deep as 36 feet.

"Initial studies indicate that these coffins are completely closed and haven't been opened since they were buried," officials said. 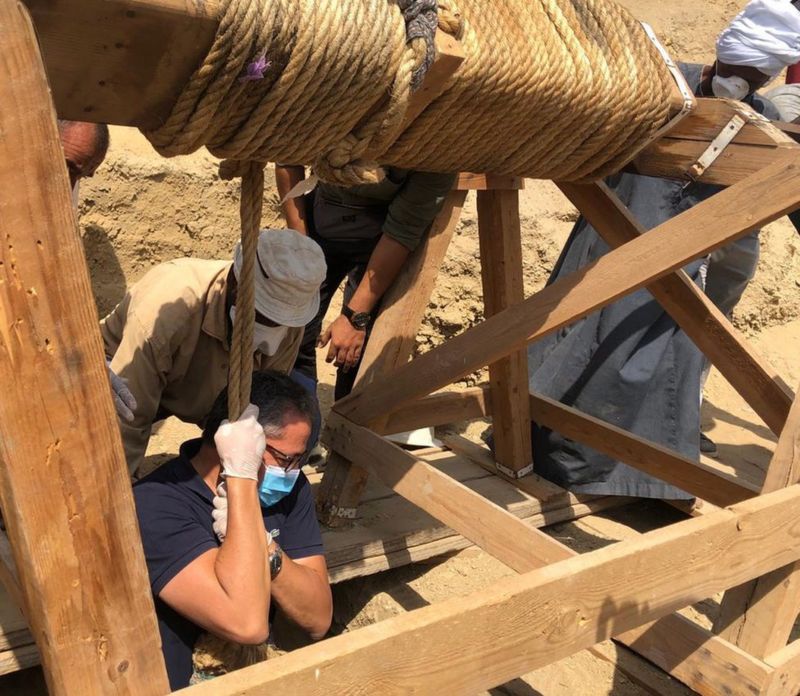 Early hypotheses suggest the coffins belonged to priests and senior men. The ministry hopes to reveal further secrets as they uncover them.

Your thoughts on the discovery? Isn't it amazing to uncover relics of the past to learn more about how humans used to live? Or is this just in time to release an ancient curse upon the world?