The statuette's history is in the process of being verified.

Imagine you're an amateur treasure hunter out in an English field. Then you spot it, there "on the side of a pond"—gold. In 2017, when Northamptonshire man Kevin Duckett first saw the rare glint, the Sun reported "he initially thought he'd found a crumpled piece of foil," but it turned out to be "a heavy solid gold and enameled figurine.” But on the 49-year-old Duckett's "Henry 8ths crown jewel" Facebook page, "created to inform readers and journalists of all the correct information," he tells a different version of the story. "After 30 years of detecting, I did not wonder if it was a crumpled foil dish from a 1970s Mr. Kipling product, or even a gold milk bottle top."

Whatever he thought when he first found it, the figurine, depicting 15th-century King Henry VI, just might be the missing centerpiece of an elaborate royal crown "worn by Henry VIII during processions marking the Feast of the Epiphany and by his five immediate successors during their respective coronations." While the diadem was long thought lost or melted down by Oliver Cromwell's anti-royalist, as historian Leanda de Lisle has written, Duckett pointed out to Leicestershire Live he found the statuette near the historic battle site of the Battle of Naseby, where King Charles I was famously defeated by Cromwell's forces.

On his Facebook page, Duckett explains how he thinks the gold figurine may have wound up near the Naseby battlefield. "I don’t think that Charles rode around the battlefield wearing the heavy bling coronation crown," he wrote jokingly, but "contemporary paintings suggest that the jewel was removed beforehand [sic]. The find spot is a natural spring pond which would be an ideal place to let a horse drink and dismounting is an ideal way to loose [sic] a personal object. It is impossible to say exactly which route the king may have taken from Market Harborough to the battlefield but if you draw a straight line in between the two, it runs directly over the pond." 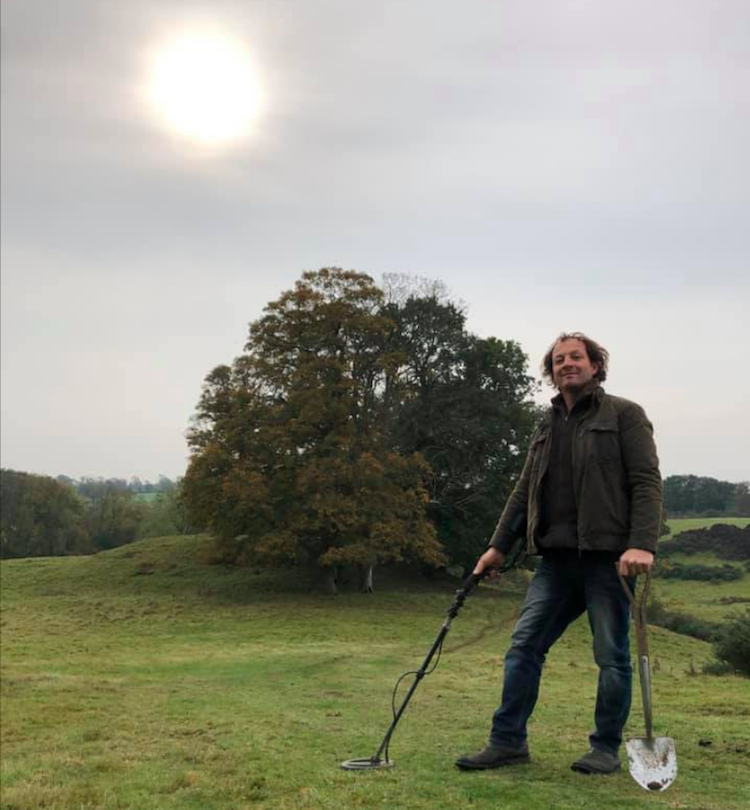 Meilan Solly wrote for Smithsonian Magazine: "The petite gold statue is currently being held at the British Museum in London for safekeeping and assessment. If confirmed as a missing piece of the Tudor crown, Duckett and the owner of the land where the artifact was found may be eligible to receive a portion of the proceeds from its sale to a museum. Per the Sun, the figurine is worth an estimated £2 million, or $2.7 million." Duckett, de Lisle, and others are still working to verify the statuette's true history. Duckett writes, "Any help with research would be greatly appreciated." To learn more, visit his page, Henry 8ths crown jewel.

We hope the statue is the real thing! What do you think? Let us know in the comments.