Fyre Festival 2.0? Music Festival-Goers Are Stranded on the Beaches of Panama Amid COVID-19

Fyre Festival 2.0? Music Festival-Goers Are Stranded on the Beaches of Panama Amid COVID-19

After the Tribal Gathering Festival was placed under lockdown, dozens of people have been stuck on the beaches since the middle of March.

Festival-goers at the annual Tribal Gathering Festival are getting flashbacks to this decade's most epic fail, the Fyre Festival. Because of COVID-19, festival-goers are currently stuck on the beautiful beaches of northern Panama without a way of getting off in the foreseeable future.

The Tribal Gathering Festival is an annual celebration of music, culture, and absolute beauty. Set along the tranquil northern coast of Panama, the event shows off the natural beauty found in the tropical jungle, including a variety of exotic animals and a collection of beautifully colored tropical birds, which make up the backdrop of one of South America's most alluring festivals. 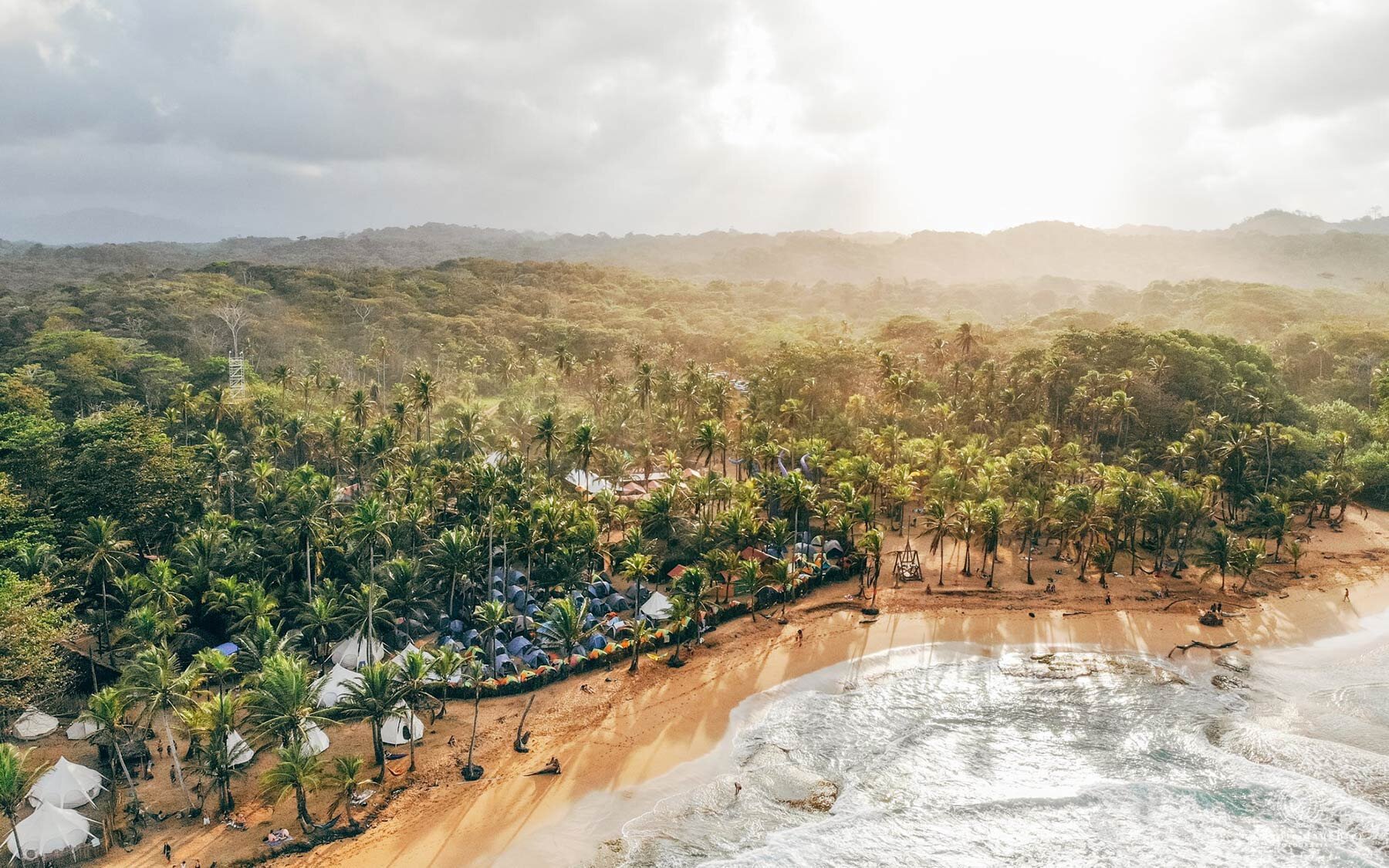 The location of the festival, courtesy of Tribal Gathering Festival website

Festival coordinators mark the event as a unique experience that includes “an amazing indigenous musical journey through time and space.” The mission of the festival is to transcend spiritually and get in touch with the natural beauty of the land.

This year, the festival was set to take place from the 29th of February to the 15th of March. However, It seems that even the pristine beaches of Panama are not immune to the pandemic. Many festival-goers found themselves stranded on the beach amid the rise of the coronavirus crisis.

The chaos started on the last day of the festival, March 15, when Panama declared a national emergency due to coronavirus, and the attendees of the event were ordered to be placed under quarantine. For many partygoers, the result was a missed flight home.

With hundreds of people left to figure it out on their own, many of them decided to leave the site and find a flight from a different location in order to return to their home country. Those who moved quickly were able to board planes and leave the island.

Attendees who are still stuck at the site now share with several news outlets that when the initial quarantine went under effect, partygoers had about a week's worth of time to decide what their next move was going to be.

“Initially the embassy offered buses to Panama City, but we only had 12 hours to decide," festival volunteer Peter Grant shared with The Guardian. "We also had no guarantee of being able to get a flight. In the end, some of those people got their flights canceled while they were in the airport queue.”

That leaves about 30 British workers and volunteers who are currently trapped at the festival site with no way home. One of the main obstacles the group is facing is a lack of access to proper sewage because they are currently living in a makeshift camp. Tack on the fact that this makeshift camp has been pummeled by rain, and you have the perfect recipe for Fyre Festival 2.0.

Grant is one of many festival-goers who explained that the initial quarantine was not too difficult because the beach was clean, food and shelter was being provided, and there was still access to clean water. It was when the weather took a turn for the worst that conditions on the beach changed.

The northern stretch of the coast came under a relentless rainstorm that unleashed heavy rains in the area for several days. In addition to the heavy rain, the sewage system that was in place began to buckle under the pressure of the situation.

Grant reported that repeated attempts to contact the British embassy did not prove to be successful.

Partygoers who were able to leave the beach and make their way to an airport ended up finding that layover flights to final destinations were also being canceled. 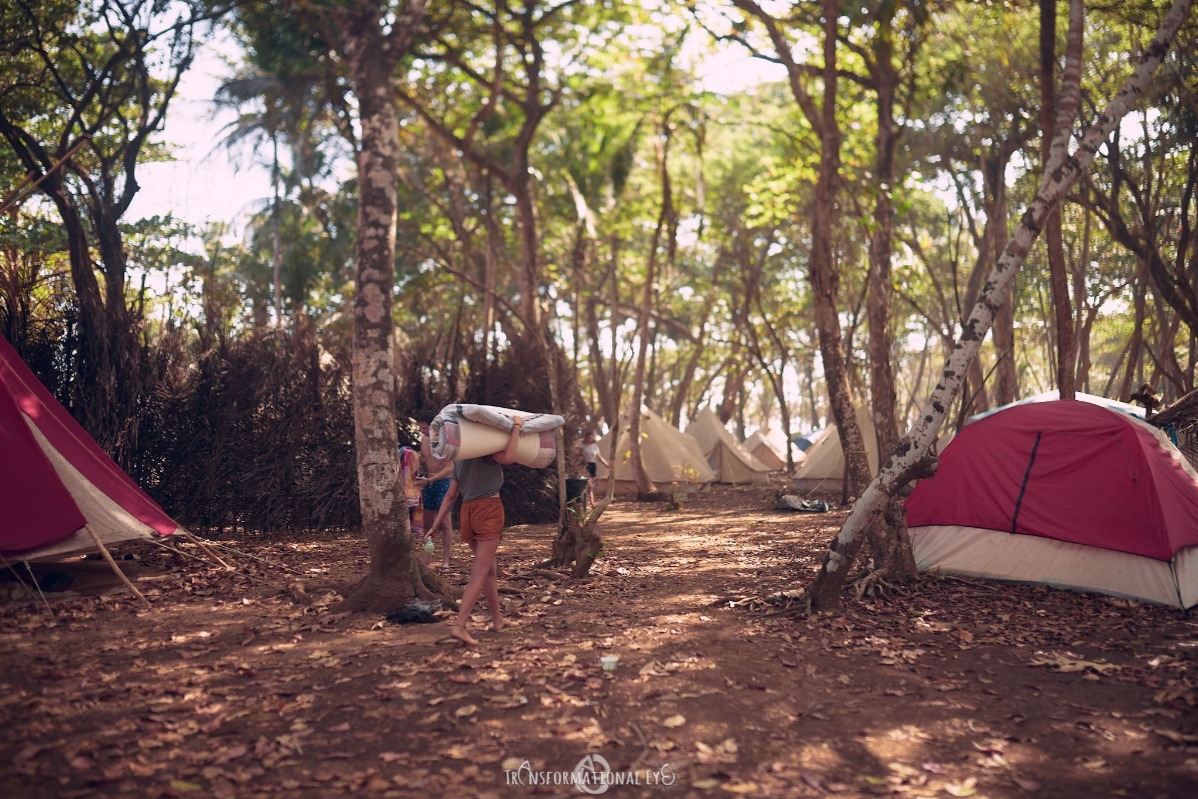 Courtesy of the group's GoFundMe

As far as festival personnel goes, the festival has reportedly taken out a loan of $160,000 to continue providing food and makeshift shelters for everyone still remaining. There is even a GoFundMe set up to help support them.

While the dozens who are left stranded are trying to make sense of their unintended 14-day-turned-80-day beach camping experience, there are some who are trying to find a different perspective.

“There’s a strange sense of this whole coronavirus thing happening that you’re not connected with, which would sound like a dream scenario but is quite weird," Doug Francisco, a circus performer from Britain, said. "And the idea that when we leave here we’re going into a really difficult situation is daunting .... It’s weird because the whole world’s gone mental and we’re stuck in the old days. We can still hang out and do stuff together, which is a real luxury, but you feel disconnected from what’s going on.”

While spectators across the globe are sympathetic to the plight of those on the beach, there are plenty more who are not so quick to jump in with condolences.

But the stranded party-goers insist that the cabin fever is just as difficult to deal with on a pristine Latin American beach as it would be in one's own home.

What do you think of this situation? Does it remind you of Survivor? Fyre Festival? Tell us in the comments!