Italian Couple Finds Love in Quarantine After Meeting Across Their Balconies

Italian Couple Finds Love in Quarantine After Meeting Across Their Balconies

Michele D'Alpaos and Paola Agnelli have a love story that exceeds the bounds of quarantine.

Both live in Verona, Italy, and were single when COVID-19 forced lockdowns across the country. D'Alpaos, 38, had been working from home when he heard violin music being played from a nearby balcony one evening. He gazed out from the terrace to the balcony directly across from his, and there, Agnelli, 40, was listening to the music played by her sister.

The two made eye contact, and as D'Alpaos told CNN, he was immediately taken with her beauty and smile.

Agnelli echoed this, saying she fell in love at first sight and that it was a "magical moment."

With only a name to go on, D'Alpaos found her on social media, started a profile just so he could get in touch with her on Instagram, and began courting her. It turned out they had both lived in the buildings for most of their lives, having never met before. For 10 weeks, the two flirted across their balconies, exchanged messages, and chatted on the phone late into the night.

D’Alpaos sent her lots of flowers, and at one point, he even hung a huge sign of her name written on an old bedsheet at the top of his building. 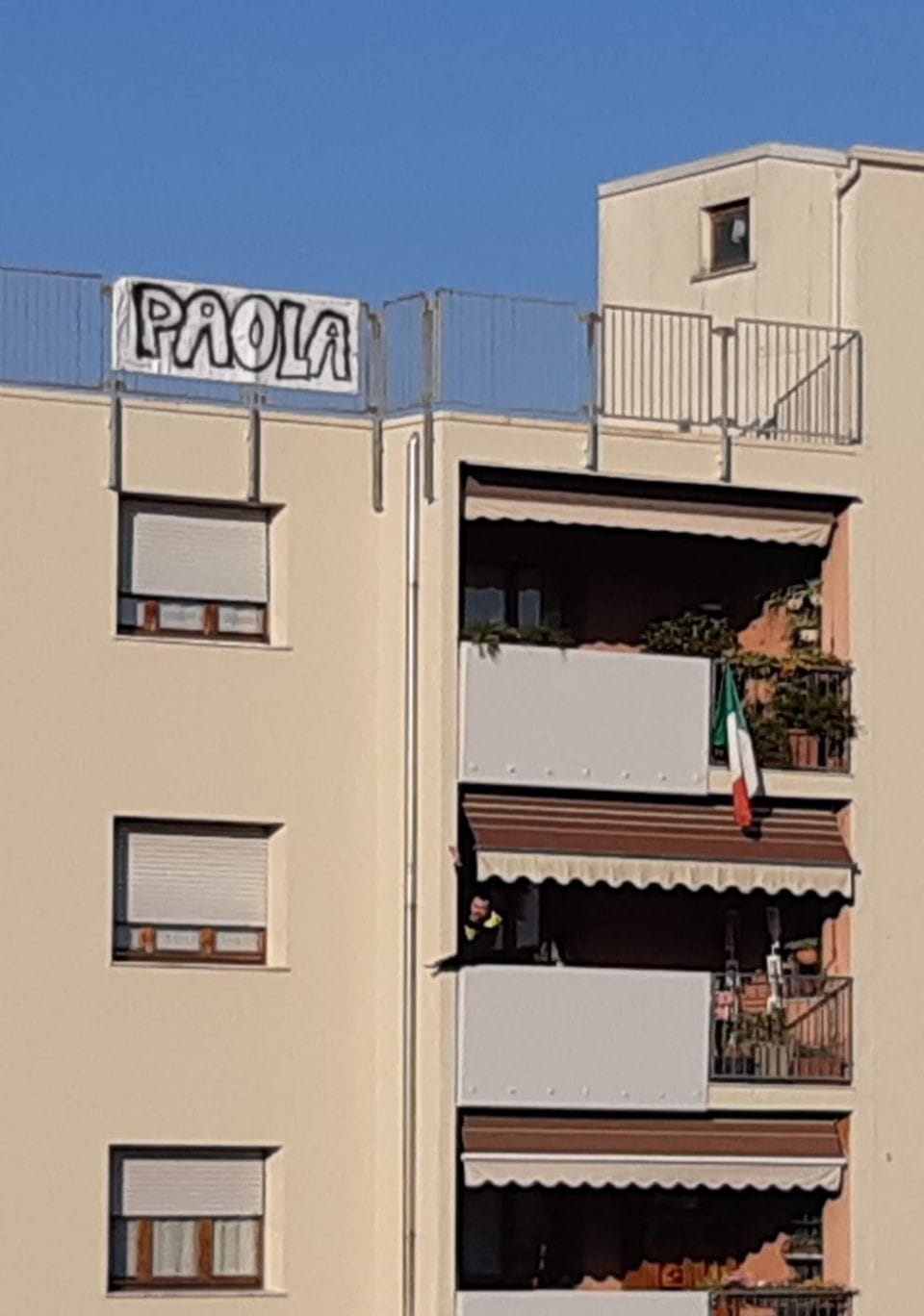 "The greatest difficulty of a courtship from the balcony compared to a normal one is to woo a person by stimulating them in the soul and not simply relying on physical appearance. You have to get their attention and never fall into monotony," he said.

The grand gesture caught Agnelli’s attention and that of local and national media, and soon, the two became affectionally known as the “Coronavirus Romeo and Juliet", as they live in the very same city as the ill-fated lovers, Verona.

In May, the couple finally met in person at a park and were able to remove their masks for a moment to share their first kiss. In July, they met each other’s families. Then, by late summer, the two were engaged.

This is such a great romantic story and shows that even in times of darkness and hardship love will find a way. Have you heard of any other amazing pandemic love connections? We want to hear about them in the comments.