Man Saves 300 Dogs, Shelters Them in His Home During Hurricane Delta

Man Saves 300 Dogs, Shelters Them in His Home During Hurricane Delta

Even while Hurricane Delta raged, one man opened his doors.

As someone who has always loved animals, even over people, Ricardo Pimentel didn't hesitate in choosing to shelter hundreds when Hurricane Delta neared Mexico's Yucatan Peninsula. His shelter, called Tierra de Animales (Land of Animals), was boarded up—so ironically, his home ended up being exactly that!

With the hurricane nearing Mexico's borders, even while it was closing in on Lousiana, Pimentel was concerned for animals' safety and so offered his home to basically all the ones in the vicinity: cats, sheep, chickens, rabbits, dogs, and even a hedgehog. It took hours for him to lead them in. Some bunkered in his children's rooms while most dogs bundled in his hallways. 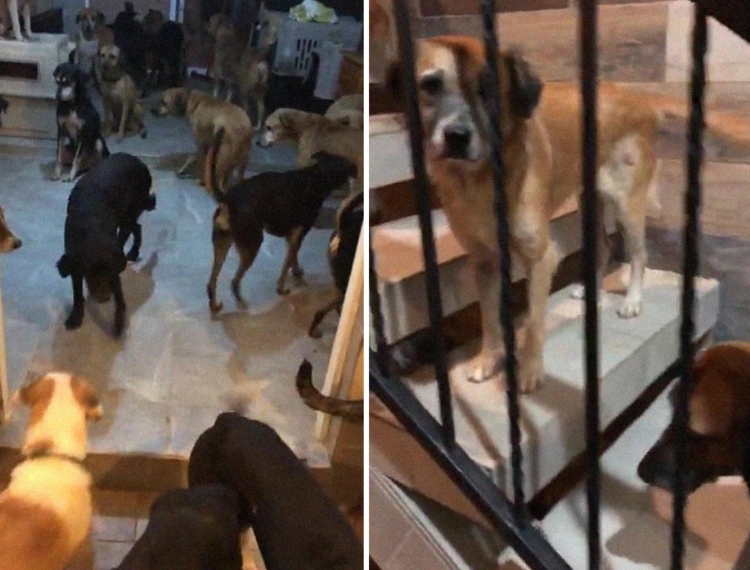 Pimentel took pictures of his home, revealing the many dogs on his carpet. He posted them online, asking for donations in case the storm caused the power to go out. Despite not initially seeing the responses, Pimentel was astounded when he discovered his post had gone viral. Hundreds of people, from all over the world, were donating thousands of dollars for his cause, making this his biggest fundraiser ever.

Pimentel commented on the situation, saying, "If I lived with just 10 or 20 dogs, I wouldn't worry much, but here we have hundreds of animals and we can't afford the luxury of not having food."

He said his house ended up smelling pretty badly afterward, and some things were damaged during the storm; however, in light of the circumstances, he said, "It doesn’t matter if the house is dirty, it can be cleaned .... The things they broke can be fixed or bought again, but what’s beautiful is to see them happy, healthy, and safe, without wounds and with the possibility of being adopted.”

Local residents offered to clean up the damage of the shelter to follow up on his charitable actions. It seems many were inspired. Thanks to what he did, all of the animals survived the wrath of Hurricane Delta.

Are you inspired by Pimentel? Share your thoughts in the comments!