We briefly interrupt this quarantine to alert you that you have entered a zone of Monty Python Silly Walks.

Inspired by a 1970 Monty Python sketch, Liz Koto in Detroit, Michigan, decided to erect signs in her yard to briefly interrupt your pandemic. You are strolling down the street, pondering the dire state of the world and contemplating no more jazz, when a wild street sign appears and informs you: You have now entered "jurisdiction of the silly walk."

Here's a clip of the Monty Python bit, for reference:

Since setting up the yard signs weeks ago, Koto told GNN she's witnessed some endlessly entertaining performance art. Cynda Fleming, a Toronto resident who also erected her own silly walk signs, says watching her neighbors is now "better than Netflix."

Koto has since launched an Instagram dedicated to videos of "silly walks" captured by her doorbell camera.

We have other Monty Python fanatics among us. James Ruffell, who lives in Sonning-on-Thames, Berks, England, would call himself the biggest fanatic of them all. In an interview with the NY Post, he expounded on the archetypal merit of the show, and how particularly in this historical moment, the poignant simplicity of this 1970s comedy sketch couldn't be more culturally relevant (...to be fair, he's a cinematographer). 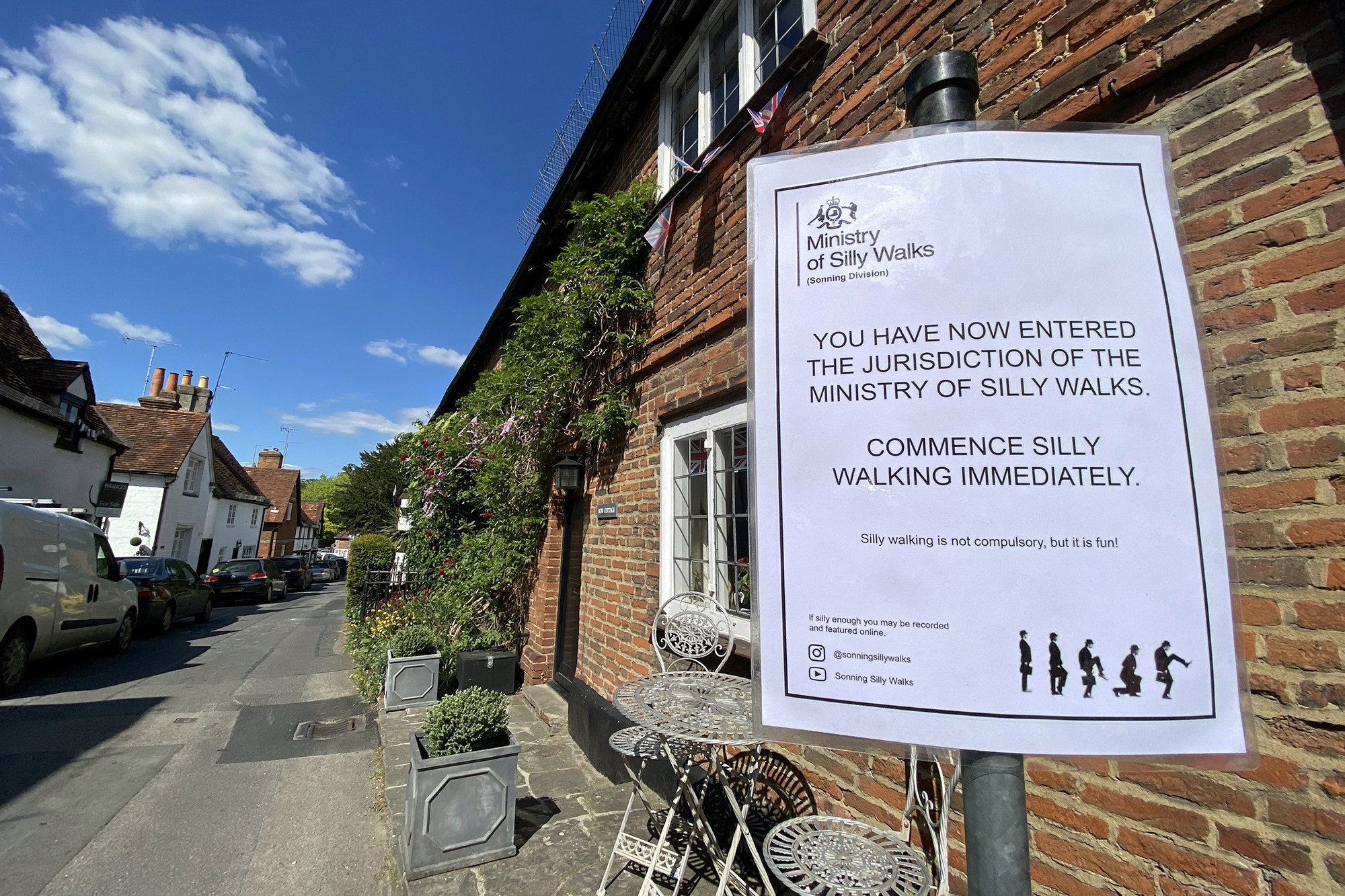 As Ruffell sees it, bizarre lockdown behavior is a ripe canvas of cinematic opportunity.

"I also set up a motion detection camera so it films people as they walk past; each night I go through the footage."

“I didn’t know if anyone would do it, but on the first day, lots did," Ruffell continued. "It seems that lots of people in the village have a good sense of humor. We’ve done four days worth of filming, and we’ll keep going till lockdown ends.”

Cynda Fleming of Leaside, Toronto, also took part in the movement (which existed before COVID-19), and she believes is now more necessary than ever to keep us lighthearted in a not-so-lighthearted time.

"I just wanted to do this to bring some positivity into this crazy situation we’re in right now," she told CTV News. "It just, I think, gives permission for people to be positive and silly.”

She's right. That's not always easy in these times.

US Cruises Suspended Until at Least October 31

The Earth Is 50 Percent Quieter Since the Pandemic Started. Here's How That's Impacting Science.