This is the first such discovery in 60 years.

On Tuesday, the Israel Antiquities Authority announced that a new set of Dead Sea Scrolls have been found in the West Bank.

The Dead Sea Scrolls—a collection of Jewish texts found in desert caves in the West Bank near Qumran in the 1940s–1950s—date back from the third century B.C. to the first century A.D. A four-year archaeological project uncovered portions of the Book of the Twelve Minor Prophets, including the books of Zechariah and Nahum.

"It is very exciting to see these finds and expose them to the public, finds which shed great light on our history," said Avi Cohen, CEO of the Ministry of Jerusalem and Heritage. "These finds are not just important to our own cultural heritage, but to that of the entire world."

The texts, which are all in Greek, include Nahum 1:5–6, and it says, "The mountains quake because of Him, And the hills melt. The earth heaves before Him, The world and all that dwell therein. Who can stand before His wrath? Who can resist His fury? His anger pours out like fire, and rocks are shattered because of Him."

There are slight variations in verbiage in the recently discovered text in comparison to other Bible versions.

"We found a textual difference that has no parallel with any other manuscript, either in Hebrew or in Greek," said Oren Ableman, a Dead Sea Scroll researcher with the Israel Antiquities Authority.

In addition to the Dead Sea Scrolls, archaeologists also uncovered a 6,000-year-old skeleton of a partially mummified child—which had skin, tendons, and even hair partially preserved—and a 10,500-year-old basket, which could potentially be the oldest in the world. 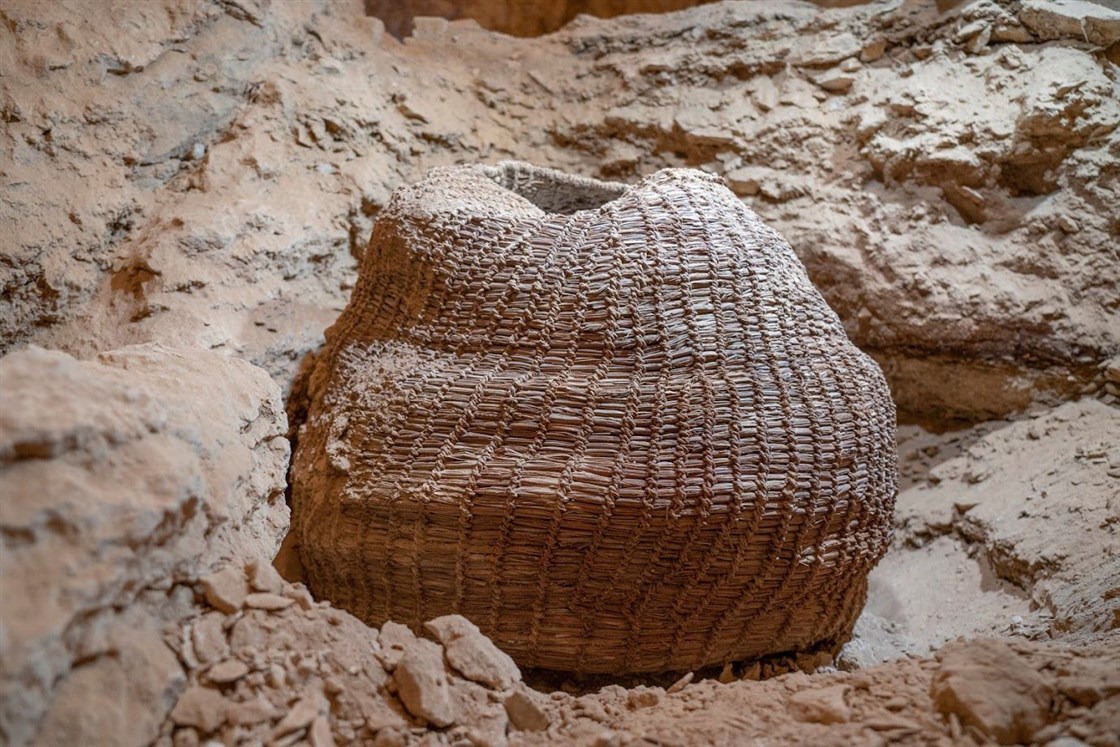 The basket in situ, Courtesy of Yaniv Berman/Israel Antiquities Authority

Learn more about the excavation of the Dead Sea Scrolls and more archaeological discoveries on the Israel Antiquities Authority website.

In similar news, a well-preserved chariot was recently discovered in Pompeii.

What do you think of this incredible discovery? Share your thoughts in the comments below.