The mysterious deaths have occurred in the past three months.

*WARNING: This article contains graphic images that some may find upsetting. Proceed with caution.*

More than 350 elephants are dying in Botswana under mysterious circumstances, according to local conservationists. Dr. Niall McCann, director of conservation at National Park Rescue in the UK, said that some of the elephants were found dead near the waterholes, while others seem to have died "falling flat on their faces."

The deaths have been occurring more frequently over the last three months. According to the BBC, McCann said that they spotted 169 dead elephants in a three-hour flight back in early May. Then, a month later, that total was raised to more than 350. 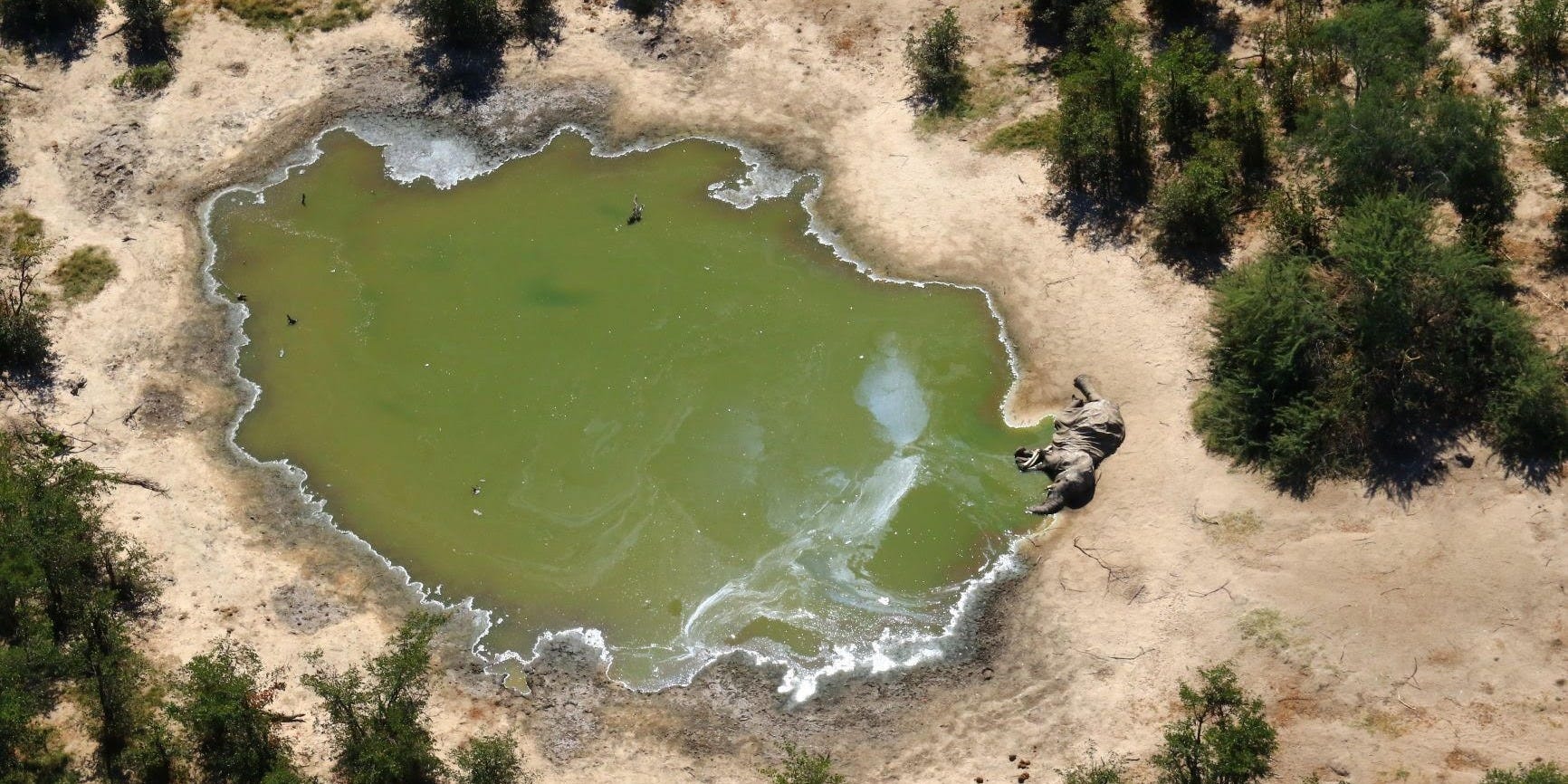 "As far as the scale is concerned, it's the biggest thing that's happened to elephants in this century," added Mark Hiley, co-founder of National Park Rescue. 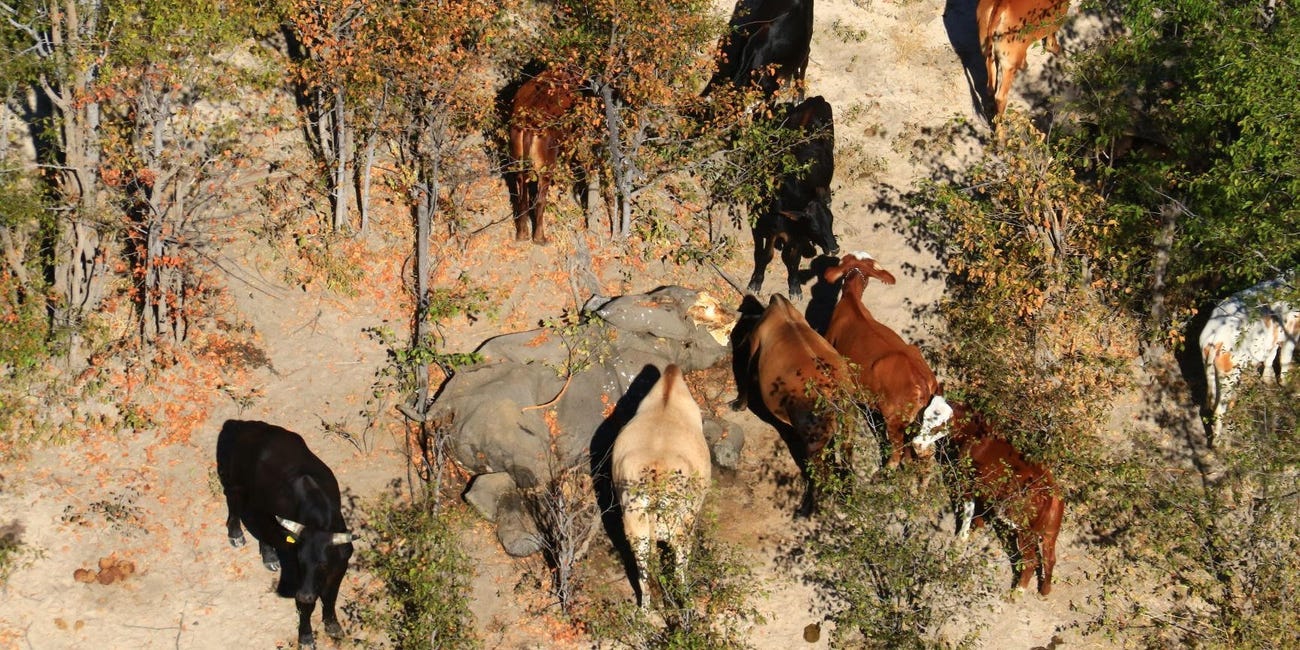 Botswana is home to Africa's biggest population of elephants—roughly 130,000 African elephants—but, according to the World Wide Fund for Nature, that number is rapidly decreasing.

There are some reports that suspect poachers have laced the watering holes with cyanide poisoning, however, Hiley said that none of the tusks have been removed. And if cyanide poisoning had been the case, they would have seen vulture carcasses due to them feeding on the elephants, but that has not happened. The sheer scale of deaths suggests a longer-lasting poison. Natural anthrax poison has also been "tentatively ruled out," which killed at least 100 elephants in Bostwana last year. 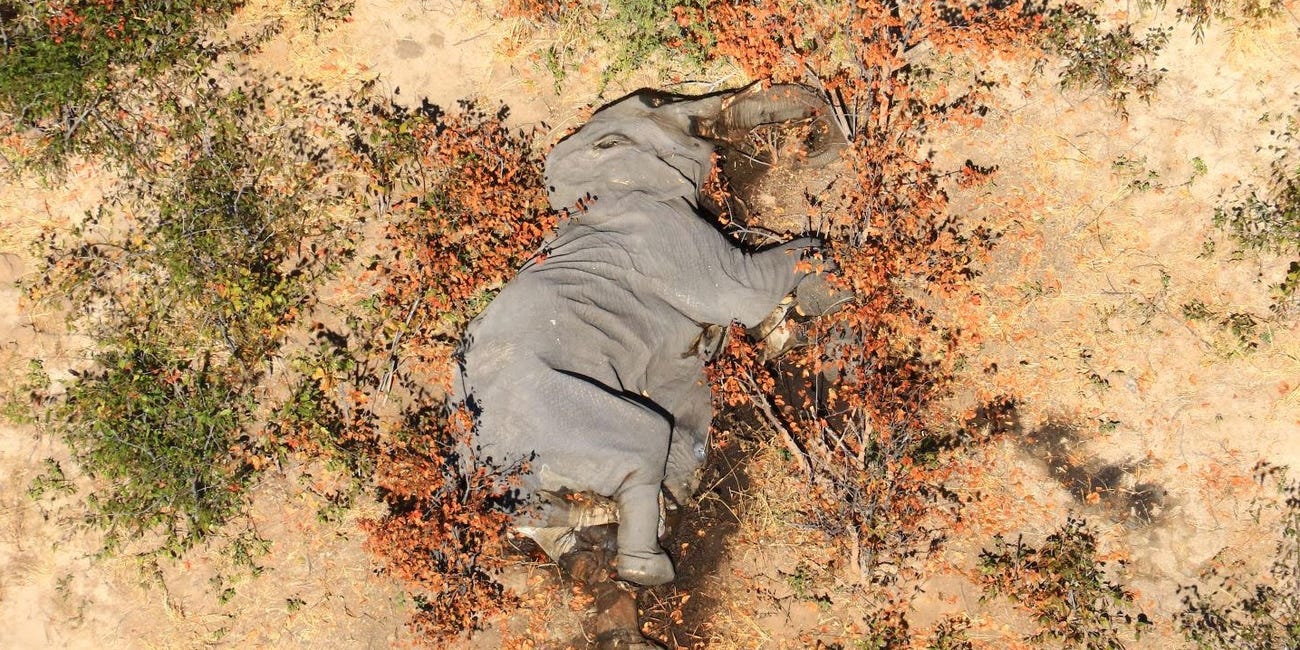 Elephants still alive in the area are exhibiting strange neurological behaviors. "Some of the elephants are running around in circles, others dragging their back legs, suggesting the potential for toxins affecting brain function," Hiley wrote to Business Insider.

Government officials in Botswana are reportedly testing samples from the elephants, but due to COVID-19 restrictions, the results may take a few weeks. A cause of death has yet to be determined.

This is an on-going story and will be updated as new information is made known.