While the world is trying to get through the coronavirus, a potential new pandemic is on the rise ...

Researchers in China have identified a new strain of flu that stems from pigs and that is able to infect humans. Although they claim it is not an issue demanding immediate attention, they say it has "all the hallmarks" of being able to spread rapidly, especially if it could mutate even more. Right now, people do not have much immunity against it.

Similar to 2009's swine flu, this new flu strain is being monitored by researchers, who have written in the journal Proceedings of the National Academy of Sciences that precautions should be taken in the swine industry. 2009's swine flu, called A/H1N1pdm09, was proven not as fearsome as many predicted due to older people having hints of immunity to it, most likely after dealing with similar flu viruses from years prior. Its vaccine is available to be taken.

Called G4 EA H1N1, this new strain of flu has been seen to grow and double in cells along human airways. At this time, flu vaccines do not seem like they can be used to deal with it, although some may be adapted to do so.

Professor Kin-Chow Chang, of Nottingham University in the UK, has emphasized monitoring this new strain. He told BBC, "Right now we are distracted with coronavirus and rightly so. But we must not lose sight of potentially dangerous new viruses." He added that "we should not ignore it." 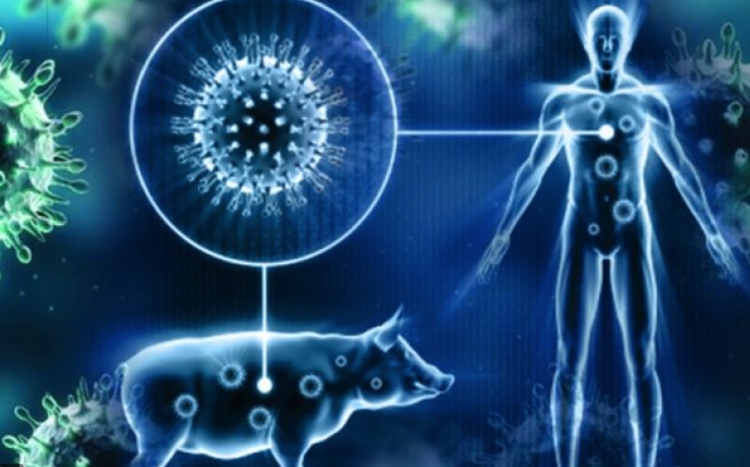 Flu pandemics are rather rare, especially on a global level. They are mainly feared if they have the potential to spread rapidly from a person to a person, similar to the current coronavirus. Most, however, change frequently, leading to flu vaccines changing frequently as well.

James Wood, the Head of the Department of Veterinary Medicine at the University of Cambridge, says farmed animals, not wildlife, are the main ways these viruses begin, and are examples that humans are always at risk.

A World Health Organization spokeswoman agreed, saying, "Eurasian avian-like swine influenza virus are known to be circulating in the swine population in Asia and to be able to infect humans sporadically. Twice a year during the influenza vaccine composition meetings, all information on the viruses is reviewed and the need for new candidate vaccine viruses is discussed. We will carefully read the paper to understand what is new .... It also highlights that we cannot let down our guard on influenza; we need to be vigilant and continue surveillance even during the COVID-19 pandemic."

What do you think of this new virus? Are we doing what we need to do to prepare for a potential outbreak? Share in the comments!