Picture of Creature in Scotland's Loch Ness Is Circulating Twitter

Picture of Creature in Scotland's Loch Ness Is Circulating Twitter

Once again, the world is asking if the Loch Ness Monster is indeed real.

On June 24, tourist Steve Challice told the Daily Record he snapped a photo of what he believed was a big fish causing ripples in the Scottish lake known as the Loch Ness. Although he has only now just gone through his photos of his Scottish vacation during the virus lockdown, he is now openly asking social media users what they think of the picture.

"Took this in Loch Ness only last September but I don't know what kind of fish it is," he said. He also claims, "It only appeared in one shot, and to be honest that was something of a fluke."

Is this the Loch Ness Monster? pic.twitter.com/Blpnr8GgIH

Sees the disaster that is the year 2020

"Wait, what the fuck? Seriously? Who? How? I thought you humies said you could handle things while I was gone"#lochness pic.twitter.com/4LO4P3n8KA

So who had Nessie on their 2020 Bingo card? https://t.co/UBgbasoSij#lochness pic.twitter.com/HLIK2Pkdph

Me the mermaid: no Nessie you can’t surface, you’ll freak everyone out.

Loch Ness: humans don’t even care about each other and are walking around without masks during a pandemic. They won’t believe.

Me: touché, do it. 😏#lochness pic.twitter.com/HvekK7FYuC

Darn, we were hoping our Underwater Overlords were coming to save us from 2020, but alas. #Nessie #LochNessMonster #lochness https://t.co/MphJQmXH2B

Since the sixth century, after an Irish monk claimed to have banished a "water beast to the River Ness," the myth of a creature living in the depths of the Loch Ness has circulated throughout the world, becoming an area of intense speculation. Some have considered it to be a plesiosaur that adapted to the climate of Scotland and learned to subsist off the lake's diet. Others have thought the creature nothing more than a hoax, like the famed 1934 picture that turned out to be fake five years later. 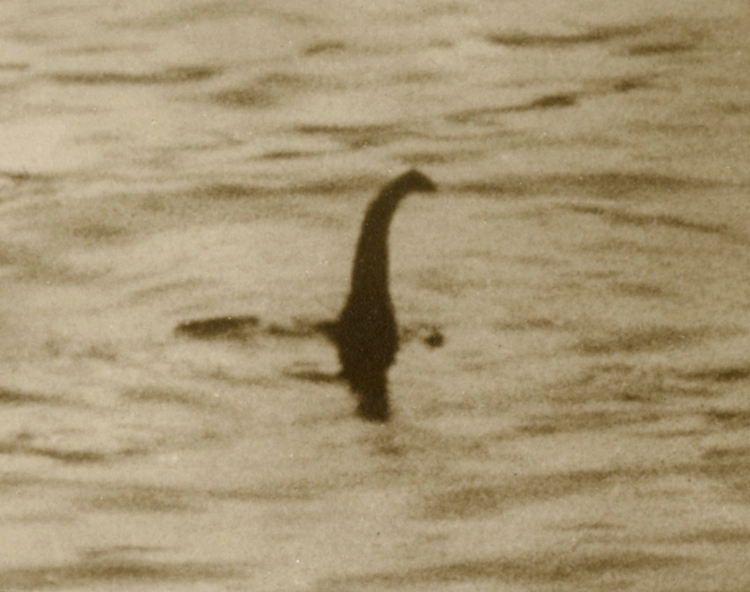 Even so, rumors of the Loch Ness Monster, nicknamed Nessie, surface every year, with each theory being proven wrong, including the 30-foot sea monster found in the Highlands lake in 2016. It turned out to be a movie prop from a 1970 film called The Private Life of Sherlock Holmes.

A massive, 164-million-year-old fossil was discovered in another Scottish lake, with researchers claiming it to be a dolphin-like dinosaur.

“Looking at all the evidence, speaking to eyewitnesses, the most likely solution is a welsh catfish,” Monster hunter Steve Feltham said after 24 years of investigating Loch Ness.

But now, with Challice's new picture, people are once again analyzing every detail of the Loch Ness Monster's history. Roland Watson, a well-known blogger on the subject, said, "So I first found out more about our photographer and discovered on his LinkedIn page that he was a 3D graphical artist and he had a portfolio of images of various constructions such as the one below. To be clear, he earns a living creating CGI—computer generated images."

It's not often you see a cryptid trending nowadays! Hopefully this allegedly authentic photo of the Loch Ness Monster will spark more interest in cryptozoology.

Sadly, I believe this photo is fake. It looks clearly edited. Furthermore, the photographer creates CGI for a living. pic.twitter.com/YPOac8P5WL

Saw Loch Ness Monster trending and was afraid something had happened to it pic.twitter.com/yRpv84UMOI

I'm sorry but this is a damn good photo. I will defend The Loch Ness Monster 's existence 'till I die! pic.twitter.com/UHO5xYdn0U

What do you think? Do you believe Nessie exists? Share in the comments!