Rome's Ancient Colosseum to Get a Major Upgrade

Rome's Ancient Colosseum to Get a Major Upgrade

A brand-new retractable floor will be installed as part of the project.

One of history’s most famous relics is about to be brought into the modern age. The Roman Colosseum, which was built about 2,000 years ago, is getting a facelift, to the tune of roughly $22 million.

The Roman Colosseum was constructed in Italy in ancient times to host battles between gladiators and has a network of tunnels and cages underneath it for that purpose. After centuries of exposure to the elements, Italian authorities have decided it is time to give the building a bit of an upgrade.

They are planning to modernize the relic by installing a retractable floor that will allow the Colosseum to operate in a way similar to that of its past. The new floor will allow visitors to both see the underground trapdoors, lifts, and other engineering elements used in the original structure, and also stand in the middle of the Colosseum. The new floor will be designed to open and close quickly to protect the ancient structures underneath, and new structures will also be built underground. The idea is for visitors to fully experience the Colosseum in the way it was used in the ancient world

"The reconstruction ... is a great idea which has gone around the world," Culture Minister Dario Franceschini said in a statement to the BBC. "It will be a major technological intervention that will offer visitors the opportunity to, not only see the underground rooms ... but also appreciate the beauty of the Colosseum while standing in the centre of the arena."

Currently, there is no engineer attached to the project; the team at the Colosseum has opened the application to the entire world. They are asking for proposals to be submitted by February 1, 2021. They will select the best plan and hope to have the entire project completed by 2023. Italian authorities hope to restore it to its former glory with concerts and shows once the renovations are complete. 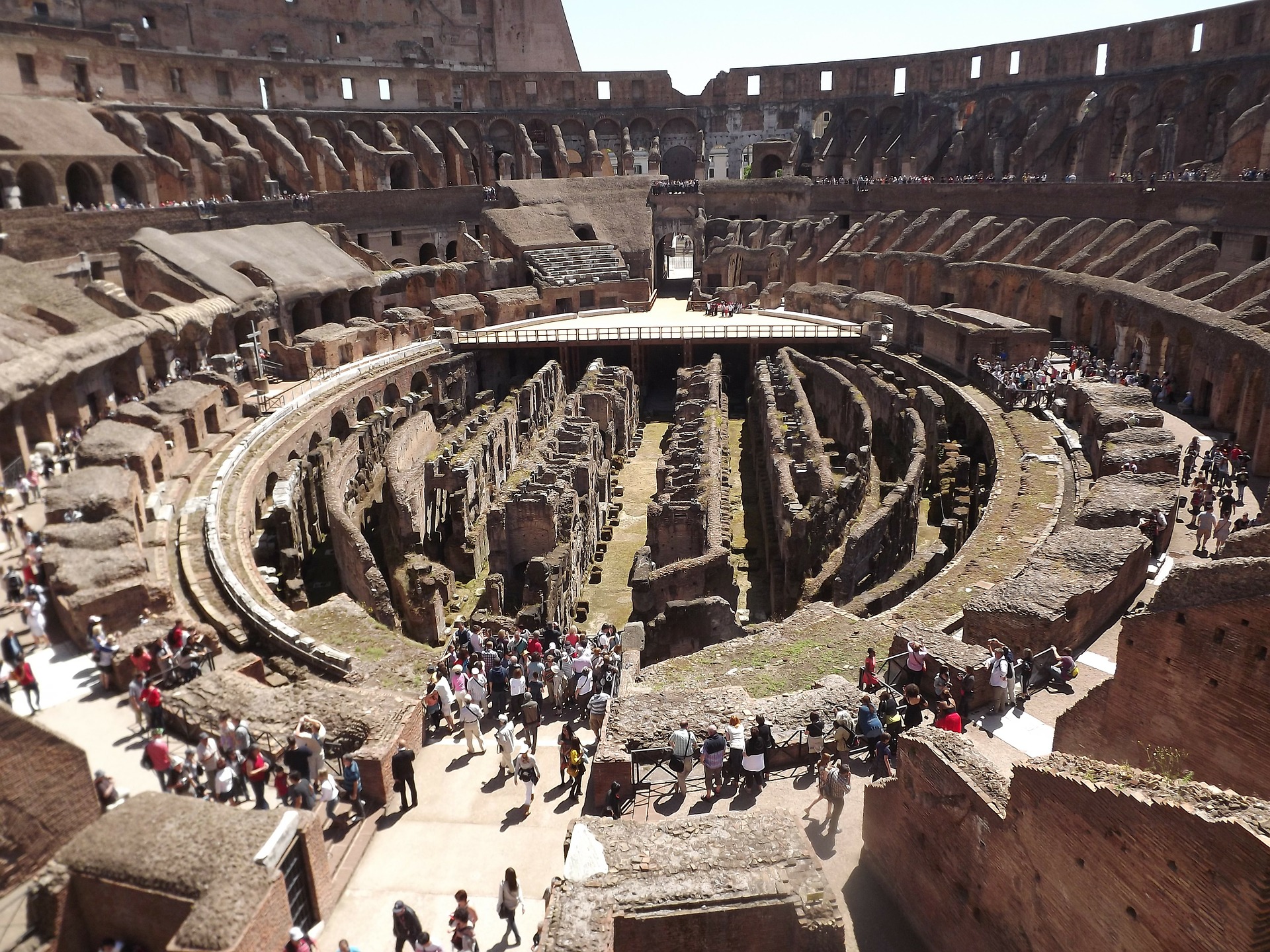 It's estimated the Roman Colosseum was constructed around 70-80 AD. Made from travertine limestone, volcanic rock, and ancient concrete, it's the largest ancient amphitheater ever built. The Colosseum could hold close to 80,000 spectators and has had many uses in its long history. It was first used for gladiator contests and public events, but then it got damaged in a major fire as well as several earthquakes over the centuries. At one time, it was even converted into a cemetery, and eventually, the Catholic Church in Rome got involved and wanted to preserve it as a religious site. Eventually, it became one of the most popular tourist attractions in both Italy and the world, with thousands of visitors every year flocking to see the ancient building.

Watching a show in the Roman Colosseum in the way it was intended by those ancient architects will be an amazing experience for anyone, and we imagine the renovations will only make the Colosseum an even more popular destination worldwide.

What do you think about the new mission to restore the Roman Colosseum to its former glory, with a modern twist? Sound off in the comments below.