"A smile brings a whole new level of humanity to old photos."

A picture is worth a thousand words, but this photo of an indigenous woman captures something rare in historical portraiture—a smile!

The woman pictured here is O-o-dee from the Kiowa tribe native to the Great Plains, who, as you can see, bares a marvelous smile to the camera. The 130-year-old photograph was recently unearthed at an auction and found a home at the Smithsonian Institution's National Anthropological Archives. George Bretz was the photographer who snapped the incredible shot along with others at his Fort Sill, Oklahoma, studio.

According to the catalog data, O-o-dee is dressed in the native garb of the Kiowa people: a belted buckskin dress with elk-teeth adorning the front. She was the daughter of "old lady Blackowl" and was wed to "Red Buffalo." She stands against a draped plank with her electrifying grin on full display. This facial expression seems quite jarring compared to most photos of the era, where stern-faced subjects hold themselves with a severe disposition. So this makes us wonder—why was this the case? Was there a specific reason to look serious? 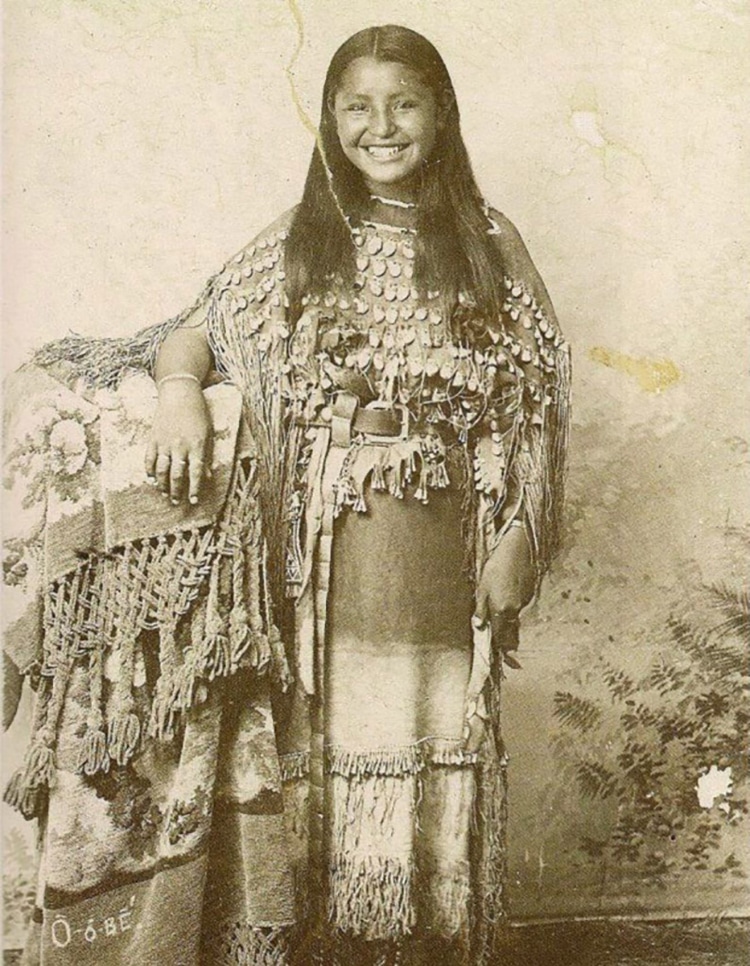 There are a few explanations, actually. Some theories include hiding the signs of poor dental hygiene, while others address the notoriously slow wait times between camera shots, making people settle for neutral visages to avoid straining to say cheese. But one likely reason is that the stoic poses were trendy. People in the 19th century admired the look of formal portraits, and the cost of acquiring one from a skilled photographer seemed to warrant a sober countenance. Much like the selfies of the social media age, it was the popular aesthetic of the time. We can only imagine how people will view our Instagram feeds 100 years from now!

This photo was taken in 1894, and the black and white image took our collective breaths away. It also caught the internet by storm last year, with commenters left awestruck by the woman's uncanny modernity. One wrote, "A smile brings a whole new level of humanity to old photos." We may not know much about the woman herself, but the photo undoubtedly gives us a snapshot view of who she was. Worth a thousand words, indeed!

What do you think of this historical photo? Do you know of similar pictures in your own family? Let's hear about them in the comments!