This was in France. Because ... France.

In this week's absurd news, a French schoolteacher is complaining that he was removed from his kindergarten teaching position and only allowed to teach older children after a parent complained about his tattooed appearance. But these tattoos? They're not your normal run-of-the-mill tattoos. No, Sylvain Helaine has tattoos head-to-toe, including all over his head and face. In fact, he even had his tongue and the whites of his eyes surgically blackened. 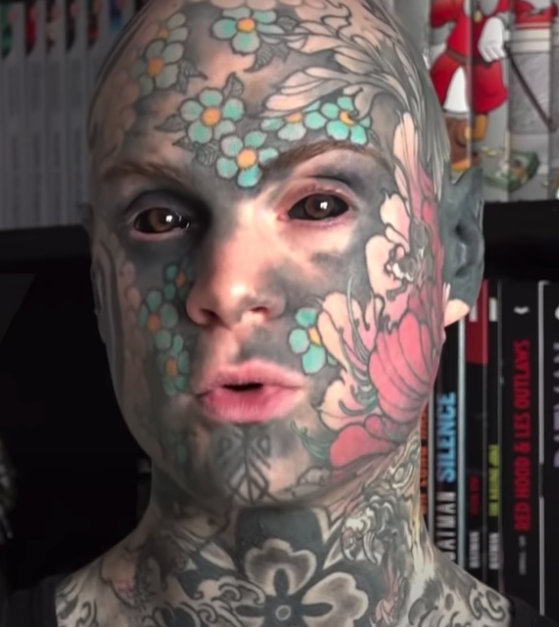 A parent of a 3-year-old at the Paris suburban elementary school where he teaches complained to the administration that Helaine's appearance scared their child and caused nightmares.

A couple of months after the complaint, Helaine was moved to another grade level and now only teaches children ages 6 and up.

He believes the school officials made a mistake in handling the issue and that people shouldn't be so quick to judge others based on appearance.

“All of my students and their parents were always cool with me because basically they knew me,” Helaine said. "It’s only when people see me from far away that they can assume the worst.”

Even though it's affected his job, Helaine does not plan to stop getting tattoos. He estimates he's spent 460 hours under the needle thus far and hopes to get several more layers. And he hopes that his appearance will actually have a lasting effect on his students.

“Maybe when they are adults they will be less racist and less homophobic and more open-minded,” Helaine told Reuters.

We want to hear from you! Is Helaine's appearance considered frightening to young children? Do you agree with the school's decision to move him to older grade levels? Where do you believe Helaine's tattoos cross the line? Tell us in the comments!