The Canadian side of the wedding, screenshot from Huffington Post video
D. DeGroot 10/30/20
Join the Community
shares

Getting married during the pandemic has proven to be a challenge for so many couples. For Canadian couple Lindsay Clowes and Alex Leckie, the story was the same. They have been together for over six years, got engaged last November, and planned a wedding in Nova Scotia for August 2020. When the COVID-19 pandemic became as widespread and serious as it is, the couple had to cancel their plans for the big day.

With family and friends from both Canada and the United States with whom they wanted to share their special day, pandemic border closings and travel restrictions posed a big challenge. Venues started closing or limiting attendees, and the wedding they planned started to seem impossible. The couple decided to put the nuptials off for a year.

After their original wedding date passed, however, they decided the idea of waiting just did not feel right. After a little brainstorming, an idea that Clowes had as a backup plan began to take shape. She had a mental image of getting married along the St. Croix River, which runs along the border between the two countries. With a little creativity, they could still have a wedding that would allow those near and dear to attend.

"I had this idea in the back of my head I always called Plan B to get married on the river so family can join us by boat and the other side of the river," Clowes told CNN. "I called my parents and I said, 'I have this idea, what do you think?' And they loved it and really helped us bring that vision to life, so we were able to plan it and have the wedding within six weeks."

Clowes’s parents got started on permits and legalities. The guest list was limited to 50 people in Canada and 15 on the United States’ side. Social distancing was required, so guests would have to be spaced apart. 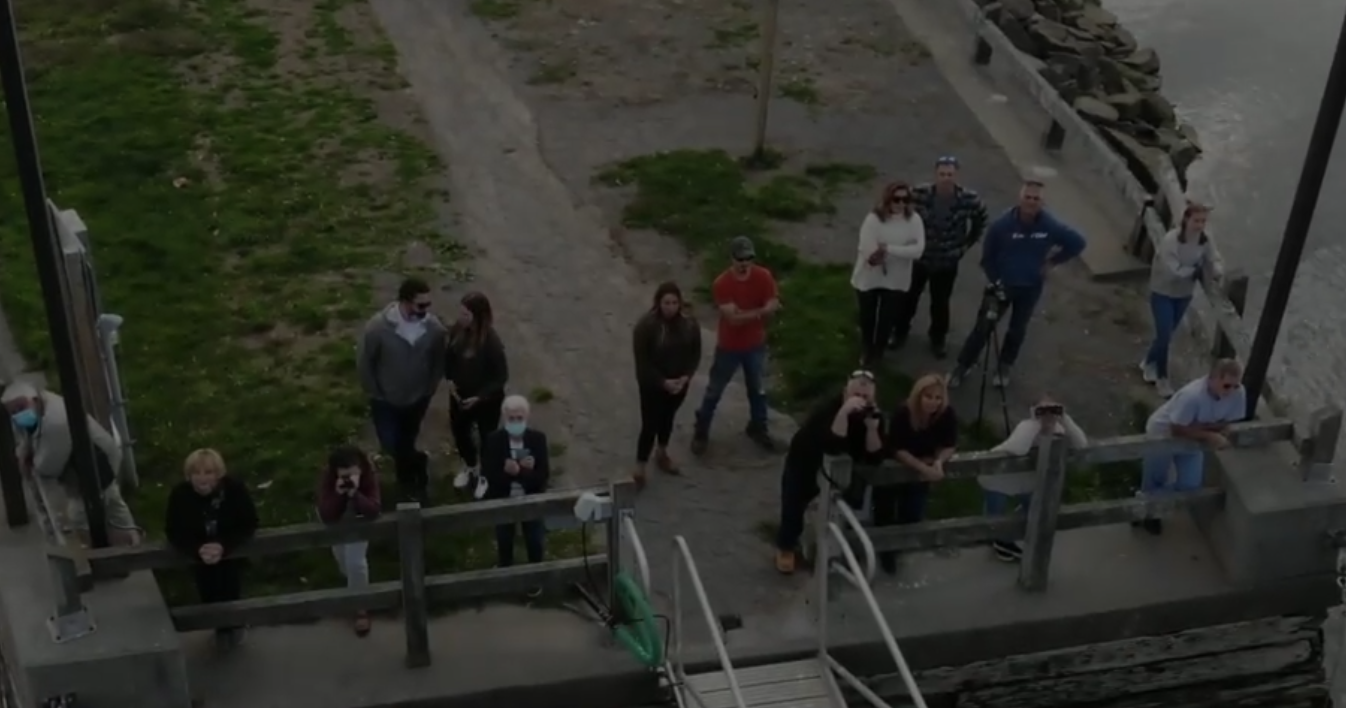 The U.S. side of the wedding; screenshot from Huffington Post video

On October 10, 2020, the couple said their “I do’s” in a beautiful ceremony on the St. Stephen Wharf in New Brunswick, Canada, while loved ones watched from there, from boats, and from the banks of the St. Croix River in Calais, Maine. Despite not being the way they had first planned to get married, it turned out to be the perfect day.

The couple’s creativity in the midst of a pandemic has been covered by local and international media and has people gushing about the power of love. We applaud these two for their efforts and wish them all the best in their life together.

What do you think about this solution to a problem many eager brides and grooms have faced over the last eight months? What other creative pandemic wedding ideas have you seen? Share those happy stories with us in the comments!