Mesmerizing images of thousands of green turtles caught on video in Australia.

Queensland Government's Department of Environment and Science released some amazing drone footage of green sea turtles on Raine Island, Australia. Part of the Great Barrier Reef, Raine Island is the world’s largest green turtle rookery and has been studied by scientists for many years.

The truly breathtaking footage of approximately 64,000 nesting turtles was shared with the scientific journal PLOS One earlier this week, and we're still not over how incredible it is!

Taken in December of 2019, the images and footage are stunning. The team used unmanned drones to capture the footage of the green turtles as they made their way to shore to lay their eggs. The use of drone footage was part of the team’s efforts to conduct turtle population surveys, part of the Raine Island Recovery Project.

Green turtles are hunted for their flesh and eggs and can get caught in or choke on plastic, nets, and other ocean trash. The species is considered endangered, as it also faces threats to repopulation from loss of beach-nesting sites. Turtles at Raine Island have not been reproducing as expected in recent years. The five-year, nearly $8 million Raine Island Recovery Project is aimed at helping the struggling turtle population rebound. 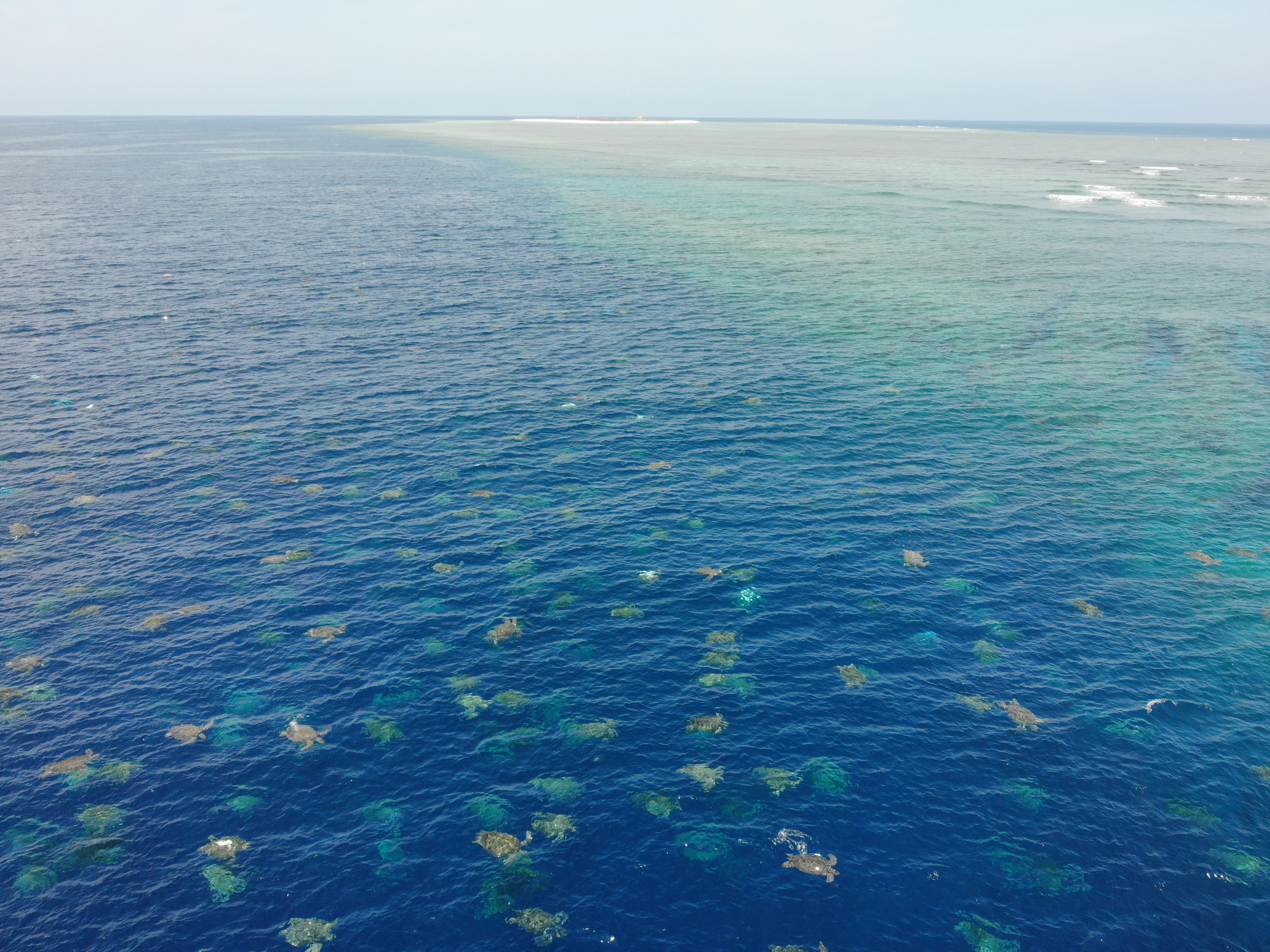 Previous population survey efforts involved painting a white stripe on the turtle’s shells with non-toxic paint while they were on shore, then counting the number of turtles with the stripes that returned to the water.

"Trying to accurately count thousands of painted and unpainted turtles from a small boat in rough weather was difficult. Using a drone is easier, safer, much more accurate, and the data can be immediately and permanently stored," Dr. Andrew Dunstan, senior research scientist and lead author of the paper, said in a statement to CNN.

Dunstan revealed that using the drones showed that previous data had greatly underestimated the number of turtles, they found about 1.73 as many turtles using the drones. They also used underwater Go-Pro devices to record and survey the turtle’s activity underwater. Every frame of the drone data and underwater camera footage were then analyzed in a lab to count the turtles.

Along with the data the team captured these mesmerizing images of the turtles in their natural habitat. The images are something most of us can only dream of seeing in person, so it is a real treat to get this glimpse of their lives.

VIDEO: TikTok Blesses Us With a Potato Cake