VIDEO: Russian Man Narrowly Escapes Getting Crushed By a Slab of Concrete While Cleaning Off Windshield

VIDEO: Russian Man Narrowly Escapes Getting Crushed By a Slab of Concrete While Cleaning Off Windshield

Oh nyet! The sky is falling!

A 27-year-old man in Russia had an extremely close call as he narrowly avoided a giant chunk of concrete falling from the building above him. The young man, identified only as Alexander, was cleaning off his windshield after the area had suffered through some "ice rain" overnight. The storm had caused downed trees and, well, everything to be covered in ice.

Reportedly, the block of concrete fell an estimated 100 feet having somehow been detached from the ninth floor of Alexander's apartment building.

Check out the insane video below:

Metro reported that a Toyota Passo on the same street as Alexander suffered a similar fate and stated that "thousands of homes were left without electricity and heating" due to the storm. Officials are currently investigating just how the ice caused multiple blocks of concrete to fall in the area.

Not only was Alexander extremely lucky that morning, but his wife had just gone inside to get hot water to help melt the ice. She, too, could have been standing in the path of the concrete goliath that one witness claims was about 8x4 feet large! The couple was also thankful that their 5-year-old daughter wasn't waiting in the back seat of the car.

Later, once things settled down, Alexander made a Boss move and posed for a picture with his car and a beer to celebrate surviving the incident. 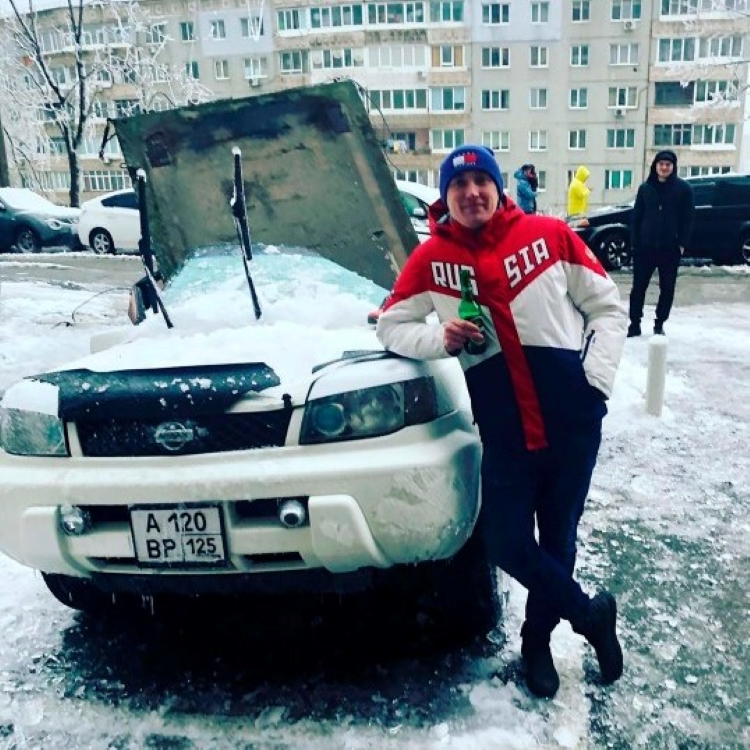 For pretty clear reasons, this video has gone viral and can be seen all over the internet. When a friend on social media told Alexander that he was now famous in the city of Vladivostock, he quipped back "Better my car was intact".

I don't know about you, but I wouldn't just be needing a new car—I would need some new pants as well! How about you? Any harrowing stories about escaping death? Let us know in the comments!