The trip concluded on April 29 at the Lincoln Memorial in Washington, D.C.

Mikah Meyer, 32, chose to commemorate his late father by visiting all 419 national parks over the last three years. Go big or go home, amirite? He and his father had discussed taking road trips together after Mikah graduated from college, but that dream was destroyed when his father passed away in 2005 due to cancer.

"Having been to a handful of NPS sites on my earlier trips, and them being some of the most beautiful places I'd seen, I figured the national parks would be the best places to see," Meyer told USA Today. 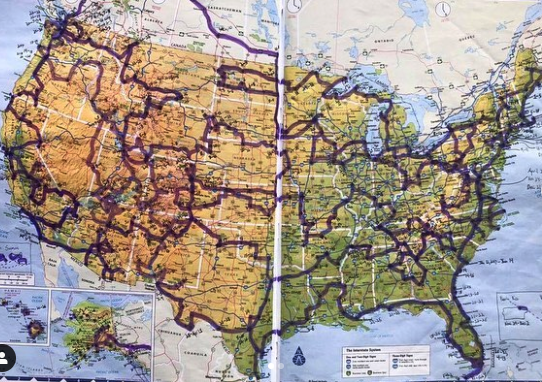 Meyer, who now holds the world record for being the first man to visit all 419 national parks, documented his journey on Instagram, where he has more than 70,000 followers.

It meant the world to me to have so many loved ones, family, friends, those who’ve found this journey over social media, and total strangers, all come together in DC to be part of this Finale moment: Gathered at Site 1, the Washington Monument, where this journey began on April 29, 2016—the 11th anniversary of my father’s passing from cancer. Thank you for being there on this day where—just as it rained that April day in 2016—we were together able to take April 29 from darkness to the light of sunny April 29, 2019 as we walked to my final site 419: The Lincoln Memorial.

Meyer's journey concluded on April 29 in Washington, D.C., where he walked from the Washington Monument to the Lincoln Memorial surrounded by friends, family, and fans.

Do you think this was a great way for this man to commemorate his father? Did you follow his journey? Tell us in the comments!