A Man Is Opening Fire Hydrants All Around DC for No Good Reason: What You Need to Know

A Man Is Opening Fire Hydrants All Around DC for No Good Reason: What You Need to Know

So, I know people do some crazy, weird things, but this saga about fire hydrants is especially weird. Brace yourself.

And don't brace yourself just for the story, but also for the excess of water you may be encountering on the streets of Washington, D.C. What does that mean, you ask?

Well, someone is actually going around the city and opening dozens of fire hydrants. Why would someone do this? Well, no one knows yet. That’s what is so bizarre.

Several people have reported seeing this in action, and it is believed that all the fire hydrants are being opened by the same person.

“Jill Cashen recorded cell phone video around 7:15 a.m. Monday. She tweeted that a man walked by with a wrench, opened the hydrant at H and 6th streets in Northeast. The water shot across the street and started flooding the sidewalk near the Whole Foods Market.”

I mean, what? There is someone who seriously has nothing better to do with their time? If you’re trying to make your mark in the crime "industry," I’m sure there are cooler ways. But apparently not for the fire hydrant bandit.

“Eduardo Labanca saw a man in shorts and a t-shirt walk up to a fire hydrant and Varnum Street and Rock Creek Church Road Northwest. He took a picture of the man.”

If you personally have seen this man walking around with a wrench and wasting the city’s water supply, D.C. Police would appreciate any information you may have.

I just can’t wait to find out the meaning of this one. 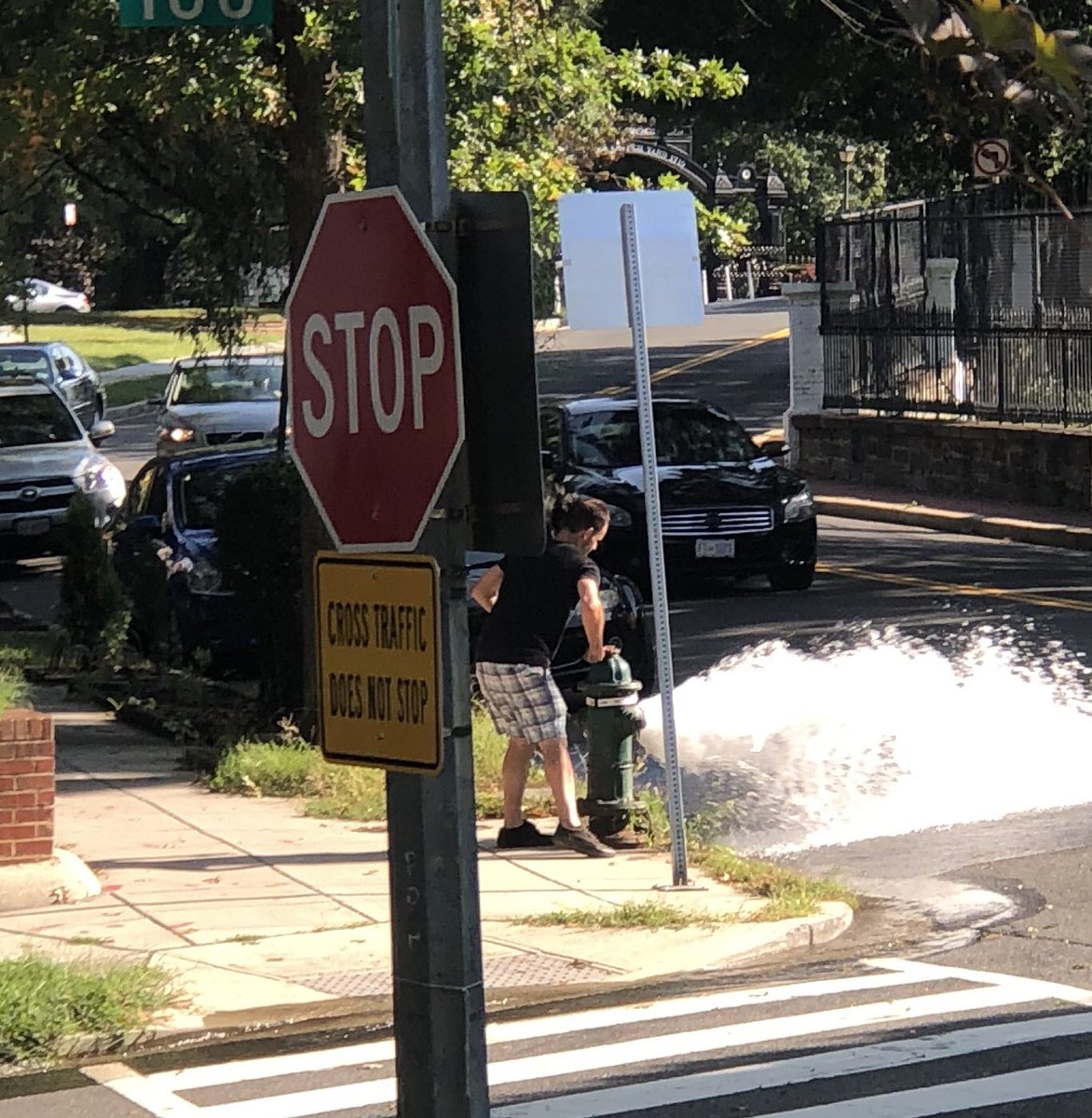 What do you think about this guy opening the fire hydrants? Share your thoughts in the comments below!