Animal Cruelty Is Now a Felony in Virginia

Animal Cruelty Is Now a Felony in Virginia

Virginia Governor Ralph Northam has signed a bill into law that changes animal cruelty charges from a misdemeanor to a felony. After the July 1 effective date, perpetrators can receive up to five years in jail and $2,500 in fines. The bill also expands the applicable charges to beating, maiming, mutilating, or killing a dog or cat while, originally, the animal had to be killed in order to receive the harsher punishment.

"Often times an animal survives as a result of abuse by a perpetrator and they don't receive a felony because the animal lived. This changes that dynamic. Now they can be charged with a felony even if that animal lives, so this is a big help for animals everywhere in Virginia," Angie Gunter said in a statement.

The law is called Tommie's Law because of a Richmond pit bull named Tommie who was tortured in February by being tied to a pole and set on fire. Locals were furious and instantly sought justice for the dog, who unfortunately passed away, despite showing brief, promising signs of recovery. 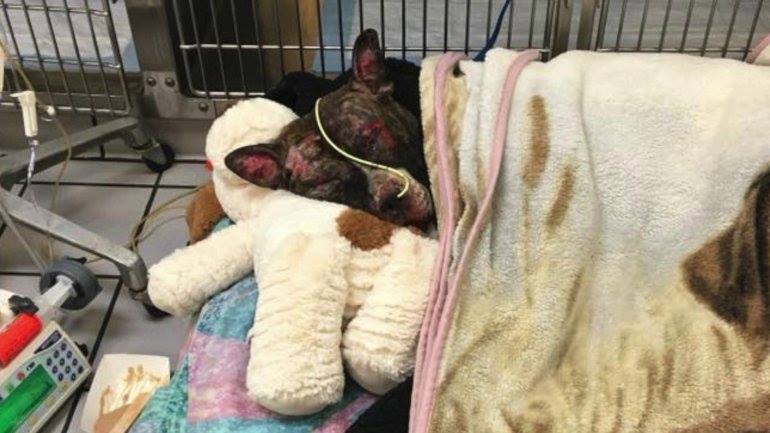 In addition to the situation regarding Tommie, a dog named Sugar was mauled by a machete in 2016, prompting Virginia State Sen. Bill DeSteph to start putting the bill together

Proud to have introduced #SB1604. If you abuse a dog, you belong in jail. With 1 week remaining in 2019 Session, I am working to ensure we have the support needed in the House to turn this important bill into law. #AnimalCruelty #AnimalAdvocacy #JusticeforTommie #TommiesLaw https://t.co/UzTI4agHoB

Residents of Virginia expressed their support for the law:

Great to see 'Tommie's Law' signed into law to make animal cruelty a felony regardless of whether the animal dies. The story of Tommie, a pitbull that was doused in an accelerant and set on fire in Richmond, embodies the importance of this issue. https://t.co/MJvmWoDgYL

Animal cruelty is now a Class 6 felony, punishable by up to five years in prison and a 2,500$ fine. Thank you to Gov. Northam and the Gen. Assembly for passing this law. RIP Tommie ❤️❤️ #VA #TommiesLawhttps://t.co/9tw3k2cPKp

Good to hear! This should be the 1st step toward legislating "like/equal punishment" to the perpetrator. One tortures a defenceless animal, one begets the very same treatment. Period!! 'Tommie's Law,' making animal cruelty a felony offense in Virginia https://t.co/vAwTNKz2PU

With 'Tommie's Law,' Animal Cruelty Is Now A Felony in Virginia https://t.co/iw6xkL7glZ via @ladyfreethinker WAY TO GO VIRGINIA!!!! THANKS FOR BEING A GREAT EXAMPLE. COME ON AMERICA, GET THE OTHER STATES ON BOARD!!

Justice will be served for the animals that have been abused, neglected, tortured, and killed. They can look down from the "rainbow bridge" and see that their lives were honored.

The felony for animal abuse is already effective in 48 states.

How do you feel about this new law? Are you for or against supporting this? Tell us your thoughts in the comments below!