Koko became a national star when researchers began studying her intelligence levels. Although Koko has recently died, she has shown us we have so much left to learn about animal sentience.

Koko, the western lowland gorilla, first rose to fame when she was featured on the cover of National Geographic in 1978.

In the photo on the magazine cover, Koko took a picture of herself on a camera through a window. Perhaps Koko was taking a selfie (far before the iPhone craze!), or perhaps she was just showing her self-awareness. 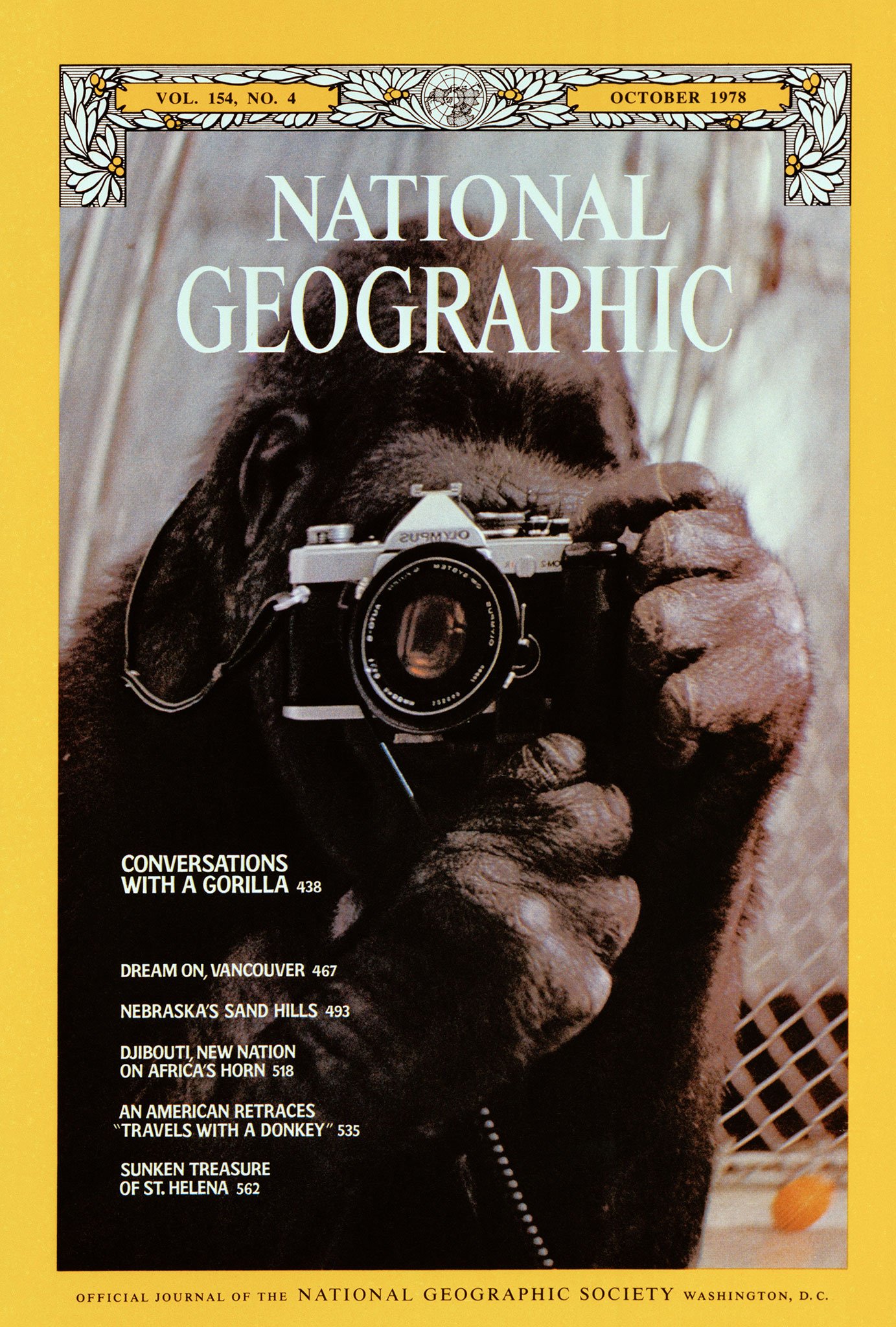 Koko fascinated the American people partly because she challenged what we believed about animals. She displayed compassion by caring for her own pet kittens and displayed humor by playing with her companions and even asking Robin Williams to tickle her. And she showed her intelligence by learning to sign over 1,000 words.

Koko even showed grief. After her pet kitten died, a researcher asked her what happened to the kitten. Koko signed, “cat, cry, have, sorry, Koko, love.” Researchers said Koko mourned the death of this kitten for years afterward.

According to The Gorilla Foundation, Koko died in her sleep this past week at the age of 46. The foundation said,

“Koko’s capacity for language and empathy has opened the minds and hearts of millions … Her impact has been profound and what she has taught us about the emotional capacity of gorillas and their cognitive abilities will continue to shape the world.”

While Koko has left us, her memory lives on. Koko showed us that we still have a lot to learn about the vast intelligence of animals. If you would like to help gorillas like Koko, you can donate to The Gorilla Foundation or other conservation groups. The western lowland gorilla is currently critically endangered and in need of assistance.

What do you think? What is your favorite memory of Koko the gorilla? Let us know in the comments below!