C-470 Construction: Will it Ever End?

C-470 Construction: Will it Ever End?

Here’s the scenario: you’re headed down the nightmare that is currently considered C-470 from I-25 to Wadsworth, hit some random dip or patch of uneven pavement, and BAM! You suddenly know what it’s like to be airborne in a car. Sound familiar? Been there. Done that.

For those of us who must commute or live in the area, the C-470 construction has been a bit of a ... uh ... challenge to navigate, to put it mildly. From dips, holes, random curves, exits that appear out of nowhere, signs that don’t really help, and now flooding issues, we are left hoping it ends soon. So, will it?

Short answer: Yes. Spring of 2019, according to the Colorado Department of Transportation (CDOT).

Longer answer in the form of a question: Does road construction ever actually end in Colorado (just something to ponder while stuck in traffic)?

The project itself covers a 12.5-mile stretch of C-470 with a goal of adding Express Lanes to alleviate the congestion that has plagued that section for years. According to CDOT, more than 100,000 motorists currently use that section of C-470 each day, and it projects volumes to increase 40 percent by 2035.

“We project up to 18 minutes in travel time savings for a westbound trip from I-25 to Wadsworth during peak and evening commute times, once the facility opens and motorists have sufficient time to adjust to the new C-470 options,” CDOT’s website says. 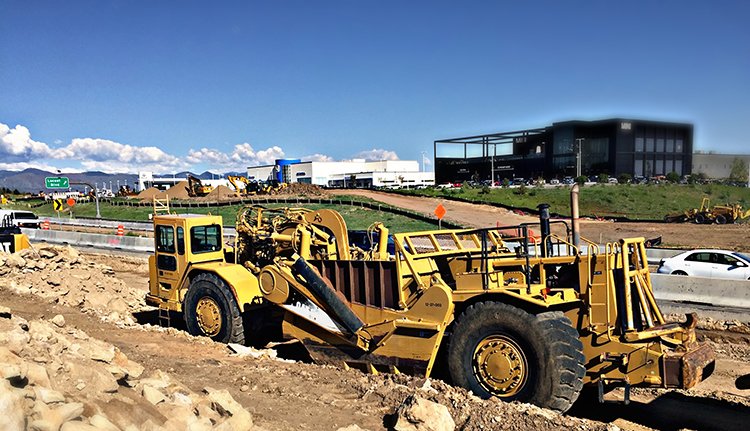 As anyone who has driven that stretch knows, the construction is in full swing for the length of the proposed zone. As of spring 2018, CDOT says that it is on schedule. But, as we’ve seen in recent weeks, Colorado weather loves to throw some curveballs. Conditions like the recent monsoonal deluges that caused emergency closures and the upcoming snow season may cause delays.

So, brave motorists of the highway, the end is sort of in sight, but still a few exits down the road, if you will.

Until then, strap in tight, keep your head on a swivel to spot your exit, and maybe wear a helmet in case your car pops a wheelie on the bumps. Most importantly and in all seriousness, drive slowly and safely through the luge course that is C-470, especially in the dark because it’s a gazillion times worse. Keep a leash on your inner race car driver or road rage beast; the road conditions can’t handle either. And, if you would, send good vibes to all the crews you see out there willing them to finish the project so we can enjoy the multiple-lane behemoth and start complaining about the cost of Express tolls.

Want to learn more and keep current with closures? Visit the CDOT website to stay informed. It has the basic information on the overall plan, construction zones, etc., as well as emergency updates and more.

What do YOU think of the construction project? Share your thoughts (and grievances) with us in the comments below.

USM's Hall: 'Everything's going good ... except for one thing'