Colorado Department of Transportation (CDOT) is soliciting bids to study rail service along the I-25 corridor.

Commuting Colorado's front range and southern areas might be a bit easier in the future. CDOT and the Southwest Chief/Front Range Passenger Rail Commission is asking for bids to study the feasibility of passenger rail transportation. The agency is looking toward this high-speed train option to alleviate congestion along the I-25 corridor.

“To meet the growing needs of our state, Colorado needs a robust, energy efficient, sustainable transportation system that incorporates different modes of travel and provides more choices for the movement of people and goods,” Shoshana Lew, CDOT’s executive director, said in a statement.

CDOT wants to send information gathered by the study up to that point to the legislature early in the 2020 season, in hopes of having a funding measure appear on the 2020 ballot. That ballot would go to a newly created tax district covering the Front Range, not the entire state, according to NPR.

However, there is more than money involved in such a huge project. It also requires coordination between existing rail transit systems, freight railroads, and local municipalities, as officials say that it would be necessary to use existing rail lines to make the project feasible. 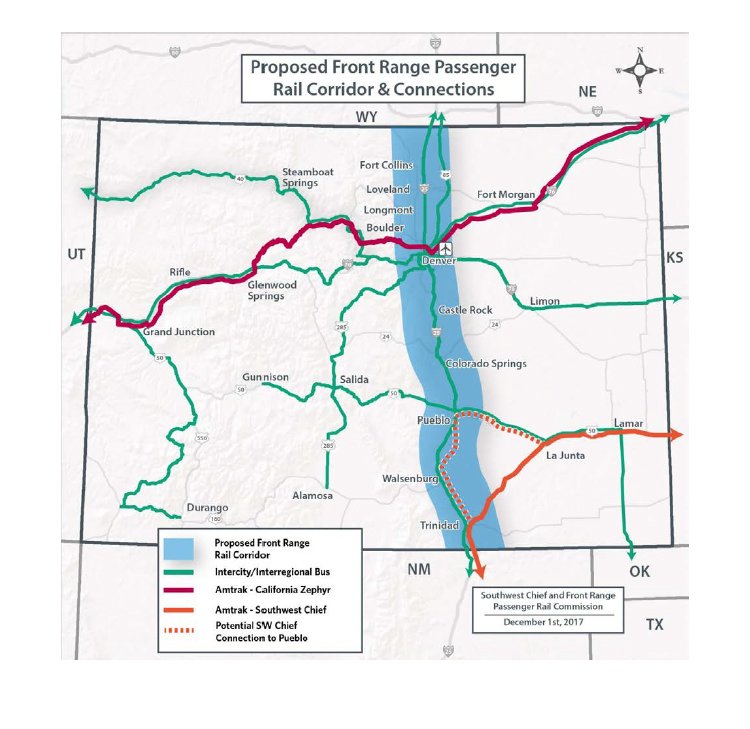 The proposed high-speed rail will travel about 80 miles an hour, much like the A-line from downtown to DIA. Light rail trains have been ruled out because they would be too slow and not comparable to the speed limit on I-25.

In all, the agency says the entire study may take more than two years to complete. The earliest we might see the project in place is 2023, but officials hope to share more information by the end of summer.

Would you ride the rails of the I-25 corridor if you could? Let us know in the comments.