Colorado Springs’ popular northeast side is among the top in the nation. The area is hallmarked by its affordable homes, as well as dining, shopping, and recreation opportunities. It beat out about 32,000 other zip codes nationwide, only ranking behind Kentwood, Mich., a Grand Rapids suburb.

According to Realtor.com, “The number of households in this ZIP grew by 21 percent from 2010 to 2018, with a home-ownership rate of 80 percent among all age groups and 68 percent among millennials.”

In addition, homes in 80922 sell in 15 days, almost 20 days faster than the rest of El Paso County. The asking prices of homes for sale in the area rose nearly 10 percent over 2017. The ranking is another feather in Colorado Springs’ cap, joining its U.S. News & World Report No. 2 Best Place to Live in the United States ranking. 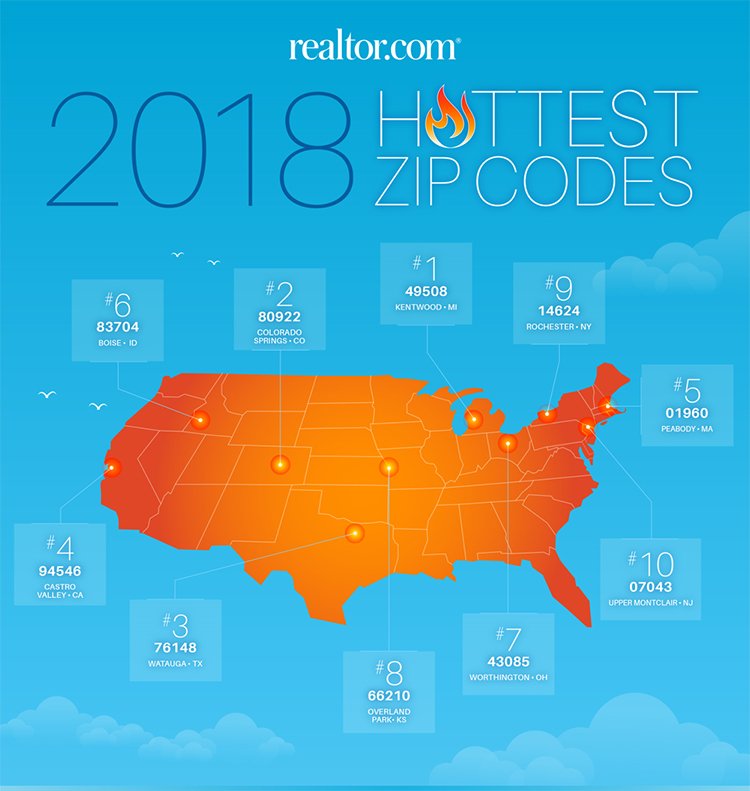 Realtor.com’s analysis of nationwide ZIP codes looked at the time it took for properties to sell in each area, how frequently homes are viewed online, and more. Many of the top 10 ZIP codes on the list were bolstered by the growing cadre of millennials taking advantage of suburb prices and amenities.

“These hot housing markets are attracting the attention of hard-working, high-earning, 25-to-34-year-olds who are drawn by their relative affordability, strong local economies, and outdoor and cultural amenities,” said Danielle Hale, Realtor.com’s chief economist.

In Colorado, Greeley was the next highest-ranking city in the state, coming in at No. 44.

In other news, Glenwood Hot Springs will be getting a major overhaul!