If you are looking to buy a new car, you might want to check out the information iSeeCars.com has uncovered about fatal car accidents.

According to "The Most Dangerous Cars in the U.S." report, occupant fatalities from car crashes occur almost twice as often in subcompact cars and sports cars compared to the average vehicle, nationwide.

The safest car, no surprise, are those in the midsize and large category, such as SUVs. The average SUV has a fatal accident rate of 1.7 cars per billion vehicle miles. This could be because of both their size and advanced safety engineering not often seen in smaller vehicles. In Colorado, SUVs may have some advantage over smaller makes on icy and snowy roads, as well. 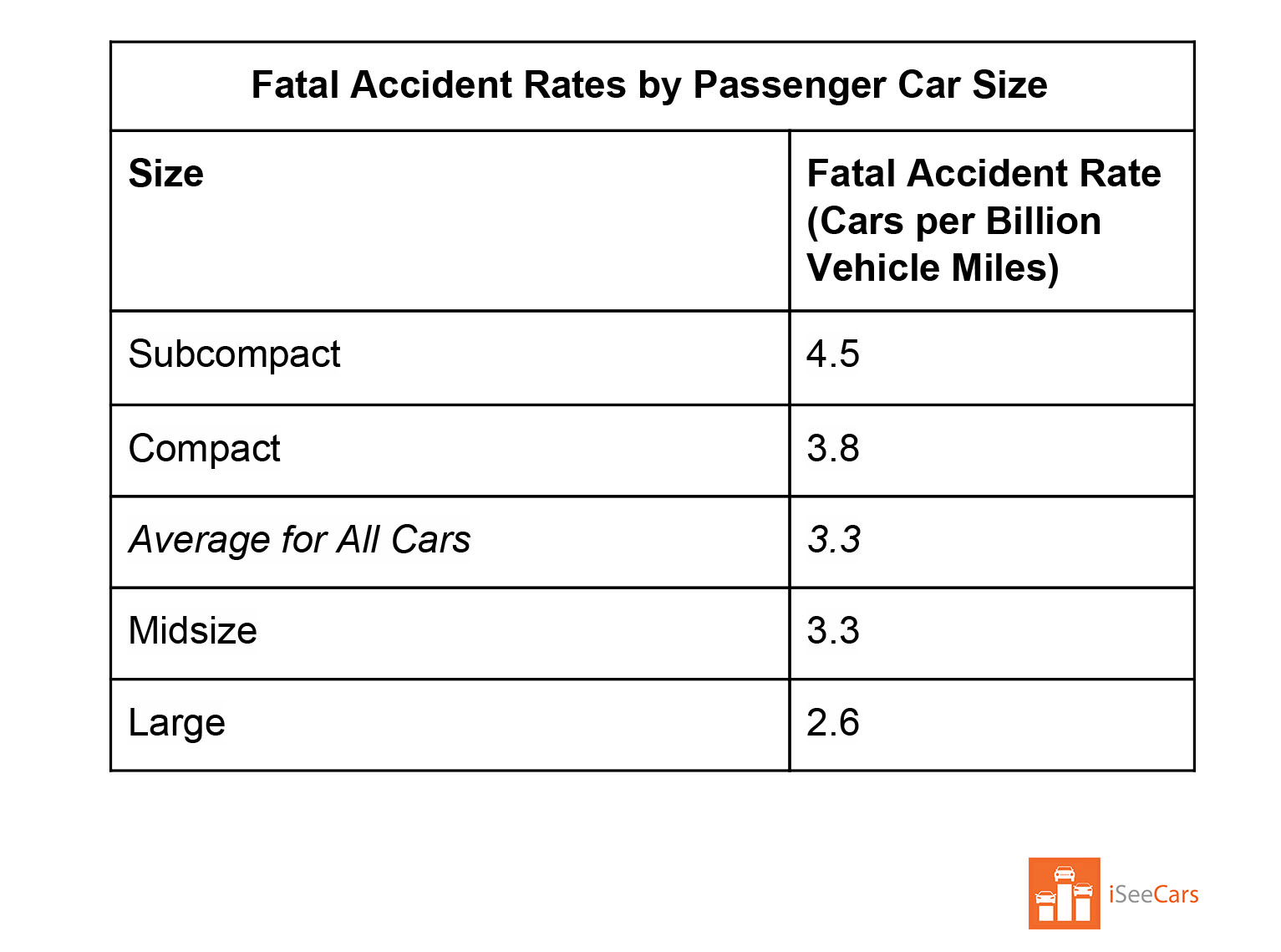 iSeeCars.com analyzed fatality data of 25 million used cars of the model years 2013-2017 from the U.S. Fatality Analysis Reporting System to determine the vehicles that are most often involved in fatal accidents. Nationally, it found that there are 14 models that are at least two times as likely as the average vehicle to be involved in a fatal accident (from 1 to 14): Mitsubishi Mirage, Chevrolet Corvette, Honda Fit, Kia Forte, Chevrolet Spark, Subaru BRZ, Nissan 370Z, Nissan Versa, Kia Rio, Dodge Challenger, Chevrolet Camaro, Kia Soul, Hyundai Velostar Turbo, and the Nissan Versa Note.

Job Advice You Wish You'd Had When You Were Younger