When one's doggo is in jeopardy, nothing else matters ...

Last week, Teresa Perkins, a Virginia woman, was driving over 80 mph on the highway. Why? Her 3-year-old German Shepherd, Jett, was struggling to breathe. Half an hour earlier, the dog had been playing with Perkins' daughter, and a ball had ended up lodged in his throat. Although she tried to get it out, Perkins realized the ball was too slippery to extricate, and so her only option was putting him in the backseat and heading towards the vet's office.

Unfortunately, despite going waaay over the speed limit, she hit a huge snag of traffic and began honking her horn, trying to get the attention of anyone who would help. And that's when three construction workers approached her vehicle. Even then, however, a glance to the back seat told Perkins all hope seemed lost. 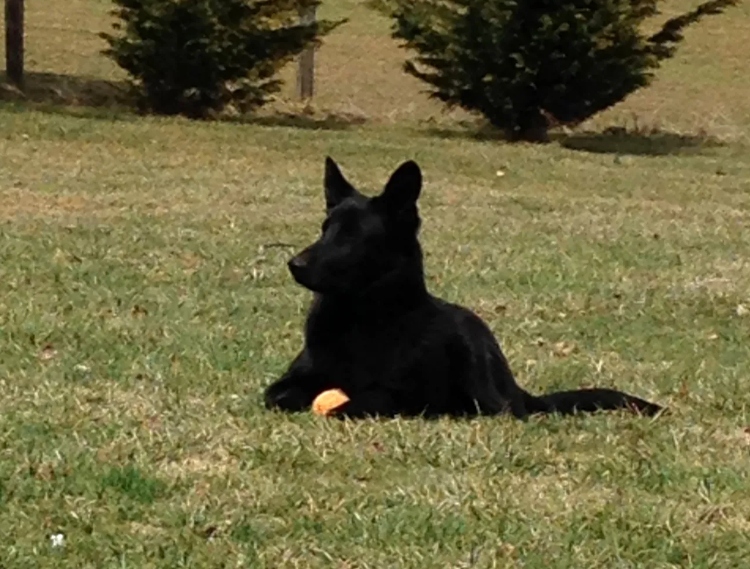 "By then my dog was pretty much dead," Perkins said. "He was laying in the car, not moving. I had heard him breathe, like gasping, but then he quit. I was frantically crying and praying."

One of the workers, Cavaja Holt, was able to pull the ball out of Jett's throat before another worker asked Perkins to "breathe in his mouth." She did and, after several chest compressions, he woke up.

"He would have died if I didn't stop," Perkins said. "He would have been dead. If I had driven 10 more minutes, he wouldn't have made it."

Perkins still took Jett to the Animal Health Care Center in Waynesboro. The vets and employees there were shocked but glad upon hearing of the workers' kindness. Jett was was checked out and deemed healthy enough to return home.

Later that night, Perkins' daughter posted on Facebook, asking to see if anybody knew who the helpful construction worker was. Ironically, Holt had also posted on Facebook, asking how Jett was. They connected soon after, and the next day, Perkins drove to the construction site, where she thanked Holt and snapped a photo of the heroes with the dog! 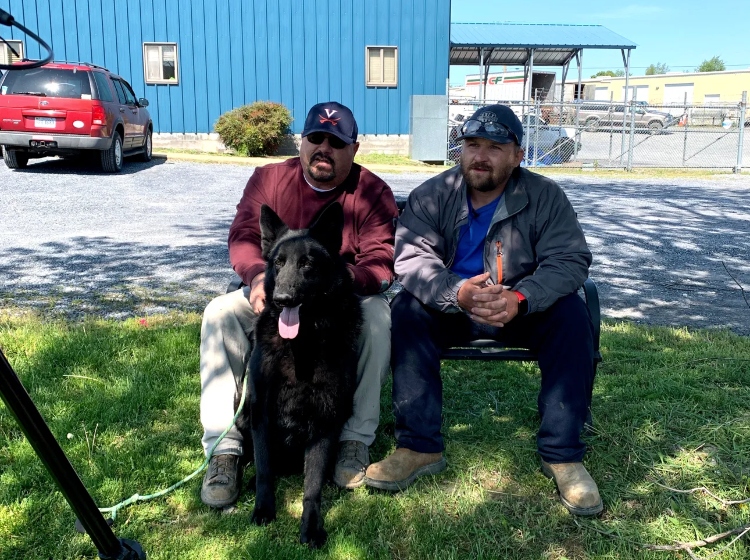 So hug your dogs tight and make sure they play safely with their toys! In the meantime, you can read more about Jett's experience here.

Have you ever had something so frightening happen to your fur baby? Let us know in the comments!