Check out the latest innovations, tech achievements, and trending discoveries you missed this summer in science.

In an age dominated by tumultuous current events, it's easy to forget that we live in a groundbreaking time in history. Humans want to understand the world around us. Though it's our flaws and our fears that make headlines, our curiosity is what defines us -- and lately, we have done some pretty cool things. This summer was a time of incredible expansion and discovery in the world of science.

Here are just a few of this summer's most noteworthy innovations, tech achievements, and strange discoveries you missed. 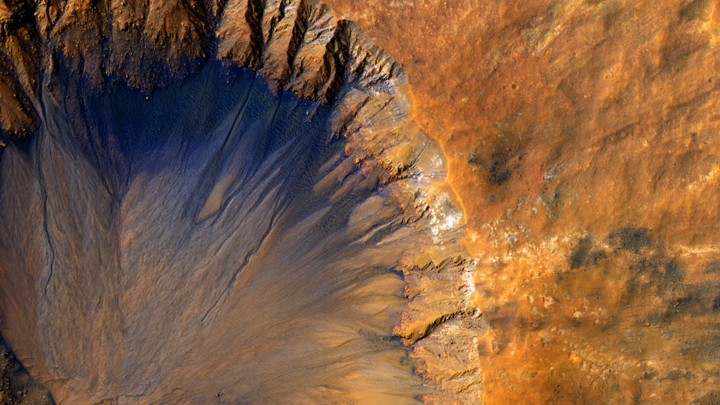 Courtesy of NASA/University of Arizona

On July 26, 2018, a University of Bologna research team led by Roberto Orosei detected a lake of liquid water 12.4 miles wide, hidden nine miles beneath the surface of Mars.

The subterranean Martian lake was discovered by the European Space Agency's MARSIS (Mars Advanced Radar for Subsurface and Ionosphere Sounding), a radar detection instrument aboard the ESA's Mars Express spacecraft. MARSIS uses electromagnetic radio waves to see beneath the planet's surface. When they "see" something different beneath Mars' surface (for example, when a layer of rock turns to ice), these radar waves reflect the data back up to MARSIS' location in space. When MARSIS detected liquid water, researchers investigated further to confirm the existence of an entire subterranean lake.

We already knew that water vapor and ice exist on Mars, having discovered these on the red planet in the past 20 years. We've even suspected there's liquid water, somewhere. But this is the first time anyone's actually detected it.

"Most exciting of all is what this discovery of a Martian lake could mean in our search for extraterrestrial life. Almost anywhere on Earth that there’s water, there’s also life. If the same holds true on Mars, this discovery may mean the probability of the planet hosting some sort of life just increased dramatically."

Even more interestingly, the Martian lake discovered is extremely similar to the lakes we already know exist beneath ice sheets here on earth. This discovery could play a role in our plans for Martian colonization, revealing much more about the planet's climate, resources, its ancient past, and maybe our role in its possible future. 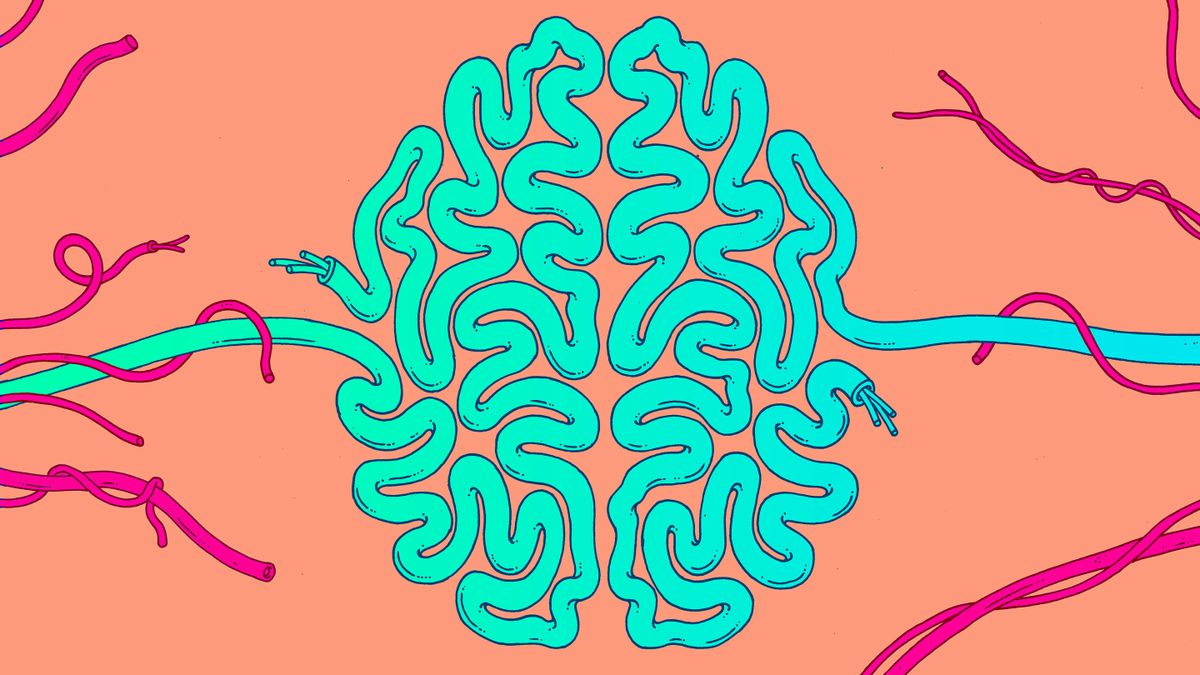 We don't have a cure for Alzheimer's Disease yet, but this summer the scientists at Gladstone Institute made a major breakthrough. The researchers extracted stem cells from patients with Alzheimer's Disease and healthy volunteers, studied the differences, and used them to create new neurons that completely erased all evidence of disease. The new neurons caused other cells to live longer and be healthier, with no trace of the genetic indicator that predisposes some people to Alzheimer's Disease in old age.

It's not a cure (because altering the DNA of living humans is much more complicated), but it's a major breakthrough in Alzheimer's research. Researchers' remarkable achievement of creating new neurons without susceptibility to the disease will be a critical component in emerging research of the future as we work to apply technological innovation to cure the heartbreaking disease that impacts 5.7 million Americans each year. 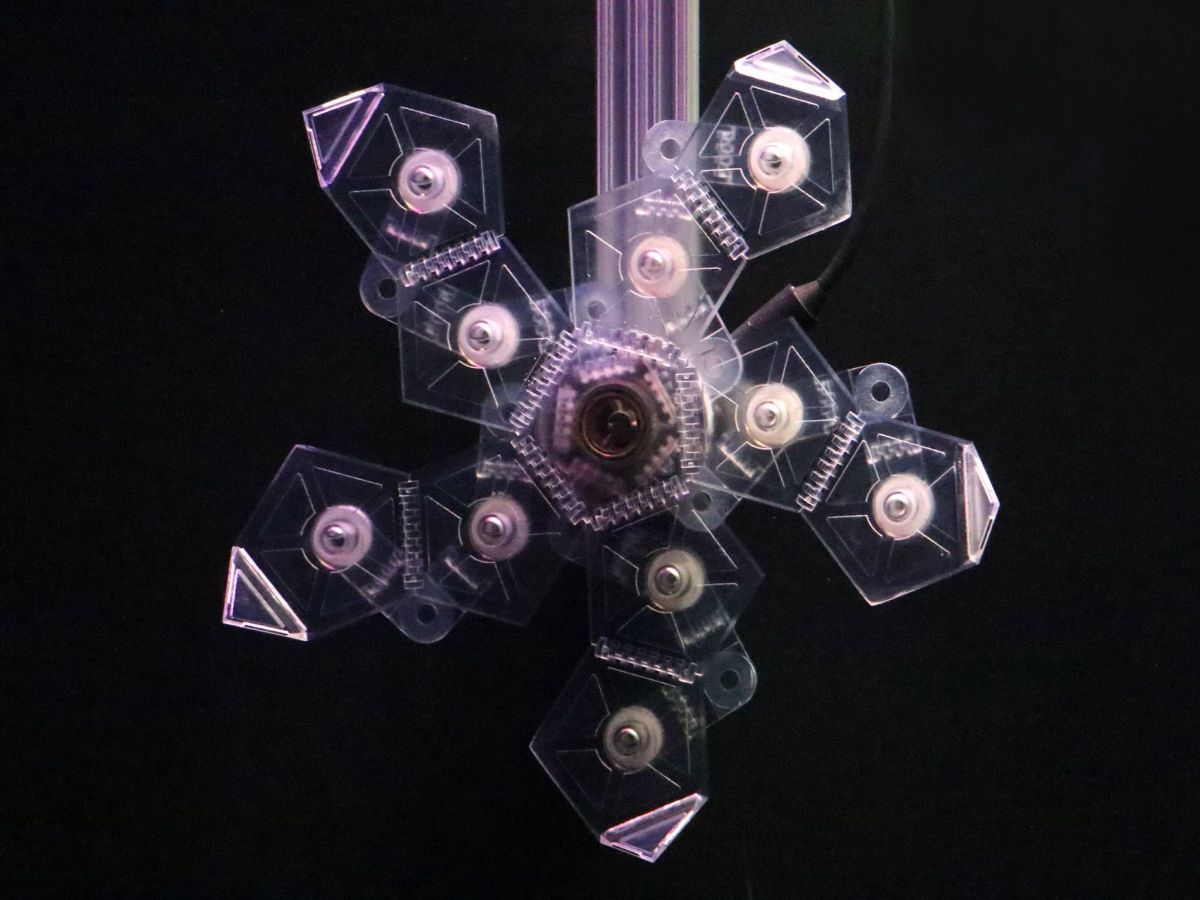 For years, scientists have been making new discoveries of gorgeous and fragile sea creatures. However, these exotic organisms, including deep-sea squid and jellyfish, are difficult for scientists to study -- the nets can literally shred the organism's bodies.

In July 2018, Dr. Zhi Ern Teoh, a mechanical engineer at Harvard Microbiotics Lab, worked in tandem with a team of researchers at Harvard University's Wyss Institute to come up with a creative solution. Dr. Teoh and his team invented a 3D-printed complex research device that folds and unfolds like a lotus flower to catch delicate organisms like jellyfish.

The 3D-printed device, dubbed RAD (Rotary Actuated Dodecahedron) is comprised of five origami-inspired "petals" arranged around a focal point that fold to safely capture these fragile creatures without harming them.

The team tested the RAD device at Connecticut's Mystic Aquarium, and successfully caught and released a delicate moon jellyfish. They published their research in Science Robotics on July 18, 2018.

“We approach these animals as if they are works of art: would we cut pieces out of the Mona Lisa to study it? No. These deep-sea organisms, some being thousands of years old, deserve to be treated with a similar gentleness,” said Radcliffe Fellow and Baruch College Professor of Environmental Science David Gruber, Ph.D., of his work on the RAD project and its creation.

This isn't all that happened in 2018. For more noteworthy innovations, tech achievements, and strange discoveries in the world of science this summer, check out Parts One and Three of this series on Our Community Now.