The fate of Pimlico Race Course is one step closer to coming to a conclusion.

The Maryland Stadium Authority has released the second phase of a study designed to transform Pimlico Race Course into the ideal site for the annual Preakness Stakes. The study, performed by Crossroads Consulting, Inc. suggests razing and redeveloping the track and outbuildings at a cost of $424 million. 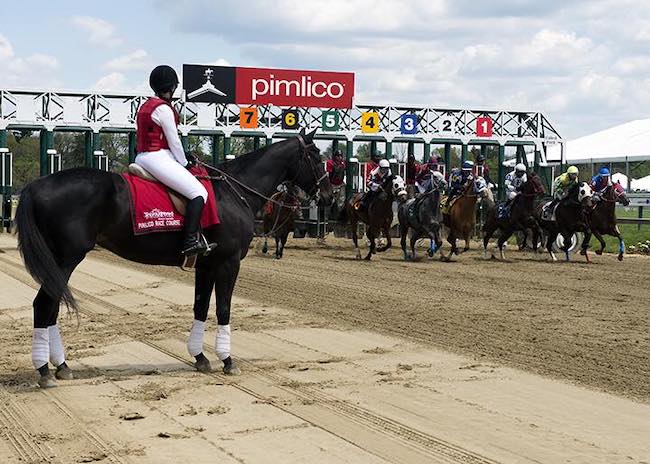 Open since 1870, Pimlico is the legendary horse track that is home to the Preakness Stakes, one of the qualifying races for the famed Triple Crown. The over 100-year old property has become a hodgepodge of buildings and additions, long overdue for redevelopment.

Phase one of the study (conducted in February of 2017) found no reason to completely abandon the site. The $426,000 study was paid for by the owners of Pimlico, the Maryland Jockey Club, the Baltimore Development Corporation, the City of Baltimore, and the Maryland Stadium Authority. In addition to the redevelopment of the track and buildings, the study also focused on how the property could raise revenue beyond the Preakness Stakes.

“We are grateful to the study partners and funders for this comprehensive look at potential development options for Pimlico Race Course,” said Secretary Kelly Schulz, Department of Labor, Licensing, and Regulation (DLLR). “With the information provided in the study, stakeholders can make informed decisions regarding the future of racing at Pimlico.”

The proposal includes demolishing almost everything on the site including the tracks, infield, grandstand, clubhouse, and equestrian barns. A new multi-use clubhouse will have private suites, rooftop and balcony spaces, dining, retail shops, off-track betting, and administrative space. The new tracks and infield areas will include a saddling viewing area for the Preakness Stakes.

The non-racing land plans would include commercial buildings, retail space, hotels, mixed-use residential, and a central plaza called the “Palio” for concerts and festivals. Preakness itself supports 620 full- and part-time jobs and produces about $5 million in tax revenue. The study did not produce any financial impact numbers for the non-racing land, but city leaders are hopeful the redevelopment will breathe life and jobs into the nearby Park Heights neighborhood.

“MSA’s proposal for Pimlico will help transform Park Heights, create thousands of jobs for residents, and will result in more than $800 million in public and private investments,” said Baltimore Mayor Catherine E. Pugh. “We’re excited by the economic opportunity this redevelopment would jump start in an area that’s experienced decades of disinvestment.”

All that’s left is how to pay for it. Mayor Pugh is confident the State of Maryland, Baltimore City, and the owners of the track can move to negotiate a public-private partnership to make it all happen.

Would you visit Pimlico's proposed entertainment complex? Tell us what you think!

Check out the quirky names of these five Maryland towns ...

Stop by Maryland's Our Community Now homepage for more news, events, and features!