Revenge of the burbs! Highlands Ranch ranks No. 8, Broomfield ranks No. 18 out of 583 cities.

Money magazine and realtor.com have released the annual “Best Places to Live in America” ranking, and Denver suburbs took their seat among the top finishers. Highlands Ranch and Broomfield did their state proud by coming in at No. 8 and No. 18, respectively.

The rankings evaluated communities with at least 50,000 residents and took into account more than 135,000 data points, including economic health, cost of living, diversity, public education, income, crime, ease of living, and amenities. Economic health, public school performance, and local amenities were given the greatest weight in the score. Money magazine representatives put their boots on the ground to interview residents and assess neighborhoods, as well. 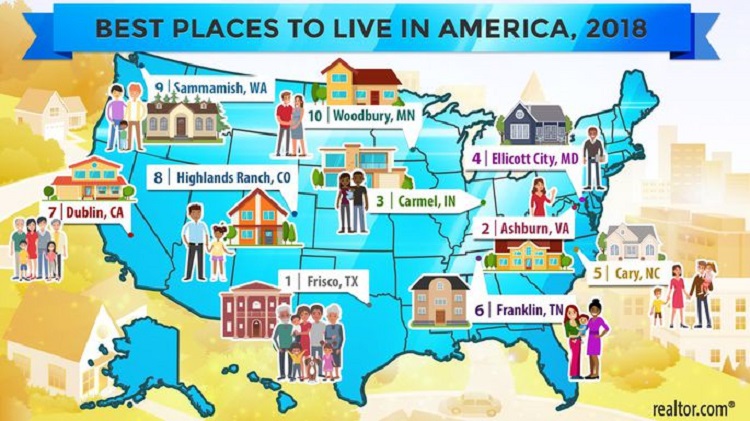 Communities with large-city populations, more than double the national crime risk, a depressed income, and a lack of ethnic diversity were not considered.

Highlands Ranch ranked in the Top 10 largely because its planned-community infrastructure has allowed smart growth, it is surprisingly affordable, and it is a great place for families.

According to a release by realtor.com, “Terance Freeman and his wife moved to the area in 2013, mainly for a shorter commute to his job in Aurora. ‘The first thing that I really noticed was how family-oriented the community was,’ he says. He noticed there were always kids playing in the street. And despite the community's upscale reputation, he soon realized that it's actually cost-effective. ‘Per square foot for the area, we actually got a better bang for the buck than we did in Aurora or would in Denver,’ he says.”

It was noted, however, that for people without kids, the suburb loses some of its luster.

Highlands Ranch was the only city in the Mountain West to rank in the Top 10. Other cities to rank at the top of the list included:

"For someone who’s starting from scratch, this is a list of areas with great quality of life, healthy housing markets where affordability is important, and great overall community," says Danielle Hale, realtor.com's chief economist in a statement.

How do you feel about the ranking? In your opinion, is it accurate? Why or why not? Let us know in the comments below.

Denver was ranked the 11th most fun city in the nation! Click here to learn more.