Colleagues, friends, and the people of Maryland are saddened by his sudden passing.

Maryland Congressman Elijah Cummings has died after a battle with health issues. The 68-year-old had been absent from Congress for the past month and died at 2:45 a.m. on October 17, 2019, at Gilchrist Hospice Care. The beloved legislator served for 23 years in Congress as the representative for Maryland’s 7th congressional district and most recently served as the Chair for the House Oversight Committee.

Cummings began his political career in the Maryland House of Delegates, serving for 14 years as the representative for the 39th district. He served as the Chairman of the Legislative Black Caucus of Maryland and was the first African American Speaker Pro Tempore of the House of Delegates. In 1996 after Kweisi Mfume resigned to head the NAACP, Cummings beat out Republican Kenneth Kondner to win the seat, winning more than 80 percent of the vote. In addition to the Oversight and Reform Committee, Cummings served on the Committee on Transportation and Infrastructure and as the ranking minority member on the Select Committee on Bengazi. 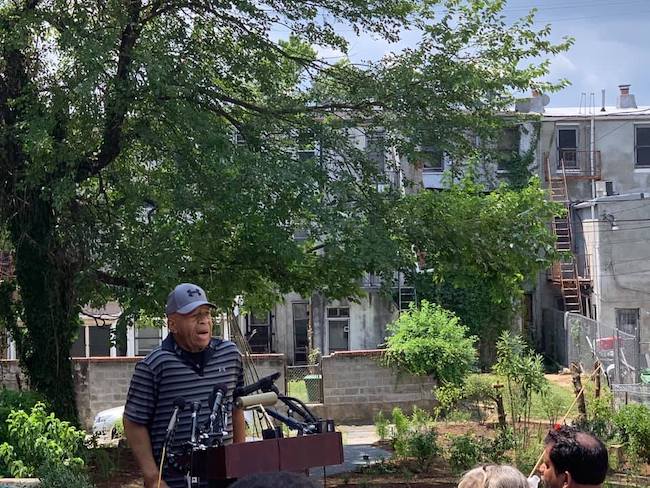 Congressman Elijah Cummings speaks at an event in Baltimore on Aug. 3, 2019, courtesy Facebook

Congressman Cummings had several health issues in the past couple of years, including an aortic valve replacement in 2017. Complications from the procedure kept him in the hospital, and he was again sidelined with a knee infection.

The recent severity of his illness was largely unknown. Cummings had not returned to Congress since September 11, but had continued to work from home. He is survived by his wife, Maya Rockeymoore Cummings, and three children.

Our condolences go out to his friends and family. Thank you, Congressman Cummings, for serving the people of Maryland so faithfully.