Last year, Rocky Mountain National Park was the most popular its ever been.

People flocked to see the majesty of the Colorado mountains last year, according to National Park Service (NPS) statistics. Rocky Mountain National Park welcomed an estimated 4,590,492 visitors to hike, ski, see the wildlife, and more. The number was 3.5 percent over visitation numbers in 2017 and beat the previous all-time high record of 4,517,548 visitors set in 2016.

The NPS says that while the numbers are not exact, but reliably accurate, overall visitation has increased 42 percent since 2012. That's due, in part, to people who trek to the park, even in the off-season. 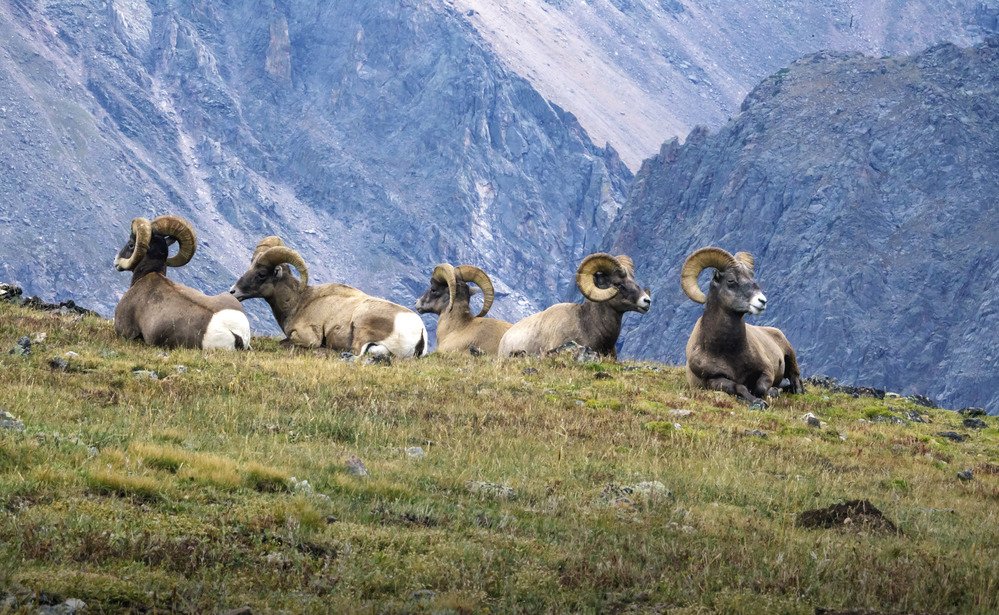 Did you see any of these guys on your visit in 2018? Courtesy of NPS.

While the masses of visitors are great for the economy, it does present challenges for park officials, staff, and resources.

"Park managers continue to address the effect this level of visitation is having on visitor and staff safety, resource protection, visitor experiences, and operational capacity," says NPS.

Some of the actions taken to this effect have been to restrict vehicle access to three specific areas, the Bear Lake Road corridor, the Wild Basin area, and Alpine Visitor Center when parking areas are congested during summer and early fall. NPS says the restrictions occurred most days in July and August, and most weekend in June and September. Addressing overcrowding is an ongoing challenge.

"Addressing day use for the long term requires a holistic park-wide approach. Therefore, park staff are developing draft concepts to address the multitude of day use challenges. These concepts will be shared with the public later this year and will involve a stakeholder-engaged planning process," NPS says.

Did you make it up to Rocky Mountain Park this year? Share your photos in the comments below!

2019 free-admission days to national and state parks in Colorado.

So, Kanye West Has Announced He's Running for President ...