This Weekend: 'Rolling Thunder' Will Ride DC for the Last Time, May 24-27

This Weekend: 'Rolling Thunder' Will Ride DC for the Last Time, May 24-27

Here's everything you need to know about Rolling Thunder's last "Ride for Freedom" event.

Rolling Thunder's last ride is fast-approaching. Over May 24-27, the group will host its iconic four-day national motorcycle rally in Washington, D.C., for the 32nd – and final – time.

Here what's happening (and when and where), per Rolling Thunder's website:

According to the event website, Vietnam veterans are encouraged to drop by the Humana tent at Thunder Alley to receive a special "thank you" lapel pin.

Here is a map of the event and route:

Held since 1988, Rolling Thunder's annual "Ride for Freedom" event has seen hundreds of thousands of motorcycle riders come together in Washington, D.C., over the years in support of United States military veterans, as well as to call attention to soldiers who are missing or have been held as prisoners or war.

So why is the "world’s largest single-day motorcycle event" on the outs?

Rolling Thunder Vice President Pete Zaleski says that the $200,000 cost is the biggest reason. Security, porta-potties, and event cleanup make up a large part of it, but even more frustrating seems to be the coordination needed with the Pentagon. 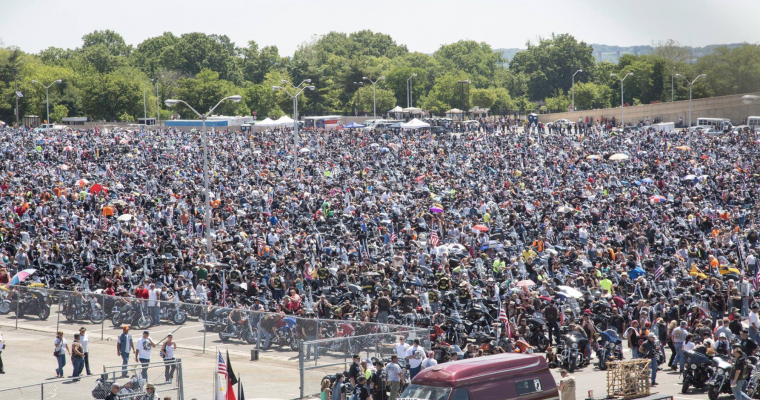 “We had so many problems in the last two or three years with the [Pentagon Police] and the parking facilities after we leave the Pentagon parking lot,” Gus Dante, a board member for Rolling Thunder, told WTOP.

Even though the group had planned a stage event at the Lincoln Memorial, police directed cyclists to other areas in the National Mall instead. And though they had paid $60,000 to reserve the Pentagon parking lot, riders were being turned away from there, too.

And with the lack of press coverage in recent years, Rolling Thunder organizers have finally come to the conclusion that, sadly, it's just not worth the energy and resources to plan a national event. The 90 regional chapters across the country will continue to hold their own events, however.

Rolling Thunder first began as a demonstration by Vietnam veteran Ray Manzo (CPL, USMC), in an effort to raise awareness regarding the thousands of POW and MIA still unaccounted for, more than a decade after the Vietnam War ended.

"Choosing Memorial Day weekend for the event, they envisioned the arrival of the motorcycles coming across the Memorial Bridge, and thought it would sound like 'Rolling Thunder.' The first Run in 1988 had roughly 2500 motorcycles and riders demanding that the U.S. government account for all POW/MIA’s. It continues to grow every year, becoming the world’s largest single-day motorcycle event. Now with over a million riders and spectators combined, Rolling Thunder has evolved into an emotional display of patriotism and respect for all who defend our country."

According to Rolling Thunder, there are still 86,532 soldiers unaccounted for.

What are your thoughts? Are you sad to see this iconic event go? Will you be participating in its final year? Tell us in the comments below!