"Sea lice" are invading Maryland beaches and attacking tourists. Residents are not happy.

It wasn't a great day at the beach for Ocean City residents this weekend. That's because Ocean City is currently in the throes of a massive attack by vast hordes of extremely tiny baby jellyfish. Commonly referred to as sea lice, these organisms are blooming in beach waters along the Maryland coast, with large numbers of swimmers at Ocean City Beach reporting attacks over this past weekend.

Dozens of tourists and Ocean City residents also reported experiencing the horrific catharsis of a jellyfish sting times a thousand -- but all at once ... and invisible.

A woman from Potomac, Maryland, said two of her children were attacked by sea lice while swimming at Ocean City Beach. At first, the two found the water fine, but as waves kept crashing, suddenly the children's skin began to sting.

“They were awful,” said Laura Gwyn, the children's mother. “My daughter had them all in her hair. They bite and itch.” The sea lice “got into their clothes and shoes,” she said.

Barely visible to the naked eye, sea lice are infamous for getting into bathing suits and hair (hence the name), small crevices like the ears, and any towels, shoes, or fabric you touch after contamination. They are the glitter of the ocean pest world -- nearly impossible to get out.

These baby jellies cause painful rashes, itching, and flu-like symptoms after exposure. According to the Baltimore City Health Department,

"Other symptoms of exposure to sea lice sometimes occur with a rash, including fever, nausea, vomiting, headache, fatigue, pinkeye, and urethritis."

If you're exposed to a sea lice attack, Baltimore City Health Department says you should immediately remove your clothes and wash your skin with fresh water. They advise swimmers not to wear the contaminated swimsuit again until it has been washed, or, some argue, it's safer to discard the garment entirely. You can alleviate some of the pain and persistent itching with over-the-counter antihistamines and topical creams, officials recommend. 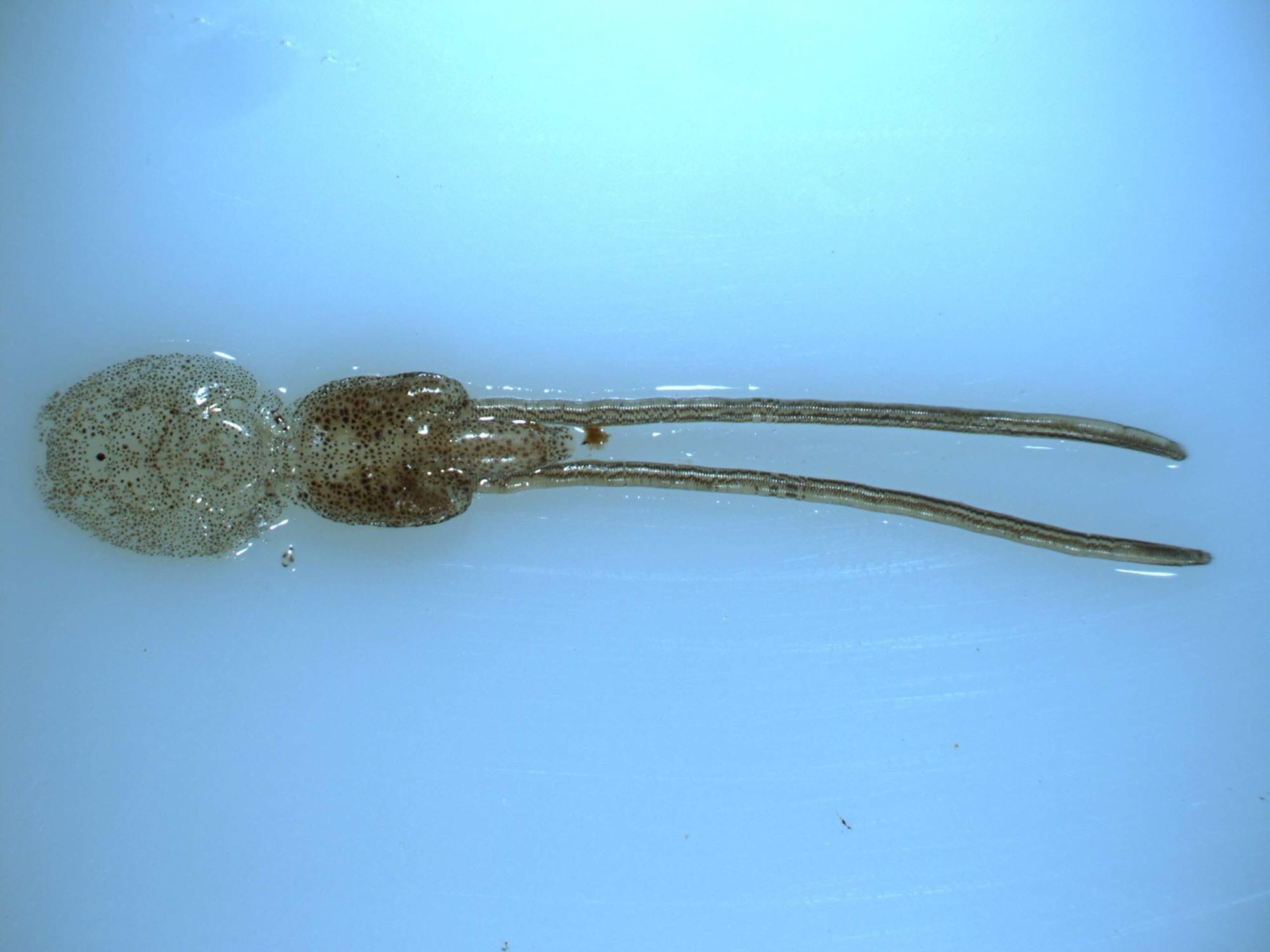 This is a larval jellyfish, or 'sea louse.' This young sprout is in his larval stage, and he is an ambitious aspiring jellyfish. Although he's young, he's already dedicated to the cause of his species, valiantly attacking humans from his very youngest days. (Courtesy of Baltimore Sun)

Lifeguards did alert beachgoers as to the water conditions but also assured swimmers that the situation was not that severe, and should they get stung, they could simply rinse off with water. But Gwyn and other swimmers, particularly those with children, didn't find their instructions that simple.

Sea lice have been a problem at several beaches along the Eastern Seaboard this summer, with outbreaks occurring at beaches in Florida and North Carolina in recent months. The Ocean City outbreak, however, caused much alarm. The Maryland Sea Lice Invasion, which varies in scale from "annoying" to "completely awful" depending on who you talk to, happened on a peak tourist weekend, to much chagrin from both vacationers and city officials.

But hey -- summer's almost over, and they're just baby jellyfish, right? Will you go to the beach anyway, or does this sound significantly unpleasant enough to warrant making other Labor Day plans that do not involve getting stung repeatedly by tiny zapping larval ocean bugs? Let us know in the comments.

And swim safely, my friends.

In other bummer news, people are getting sick from eating McDonald's salads.