The Arlington Planetarium May Close for a Whole Year, and the Community Isn't Too Pleased

The Arlington Planetarium May Close for a Whole Year, and the Community Isn't Too Pleased

Owned and operated by the Arlington school system, the David M. Brown Planetarium may need to close for the entire school year from 2020 to 2021 due to nearby construction.

In the years since it’s been proposed, the year-long closure of the David M. Brown Planetarium in Arlington, Virginia, has invoked mixed reactions -- many of them not good. The closure would allow an adjacent education center to be converted into a full-time classroom space for the school district. And while the construction is only set for one year, when this was initially put on the table as an option to save funds on the planetarium usage, the community was not really having any of it.

Sentiment has changed slightly, with more people understanding that this may be the most practical choice. James Gartner, who is the Vice President of the Friends of Arlington’s David M. Brown Planetarium, said to Inside Nova Magazine,

“’Initially, we had hoped the planetarium would remain open throughout construction. However, it is tied into the Ed Center building’s systems and would require its own electricity, heat, and other basic support to operate independently.’”

The group is hoping that some of the programs will still be available to the public. There are many in the Arlington community that value the planetarium and would like to continue to have access to it in some capacity. The planetarium has been open since the 1960s and to this day remains an integral part of education efforts.

Since there are still a couple years until the project gets underway, the school system and city of Arlington have a little bit of time to figure out how to best grant people access to everything the planetarium has to offer. 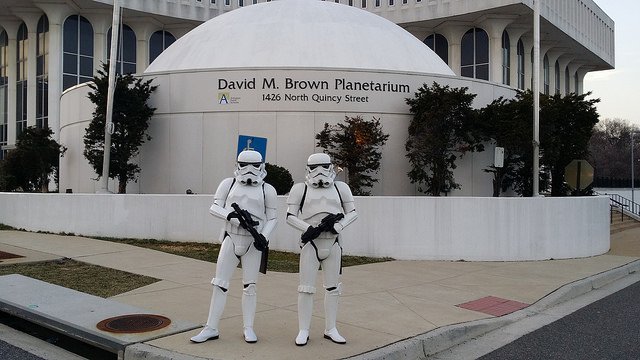 What do you think of Arlington Planetarium closing? Continue the conversation in the comments below!

Looking for a good place to have brunch in Arlington? Check these spots out!